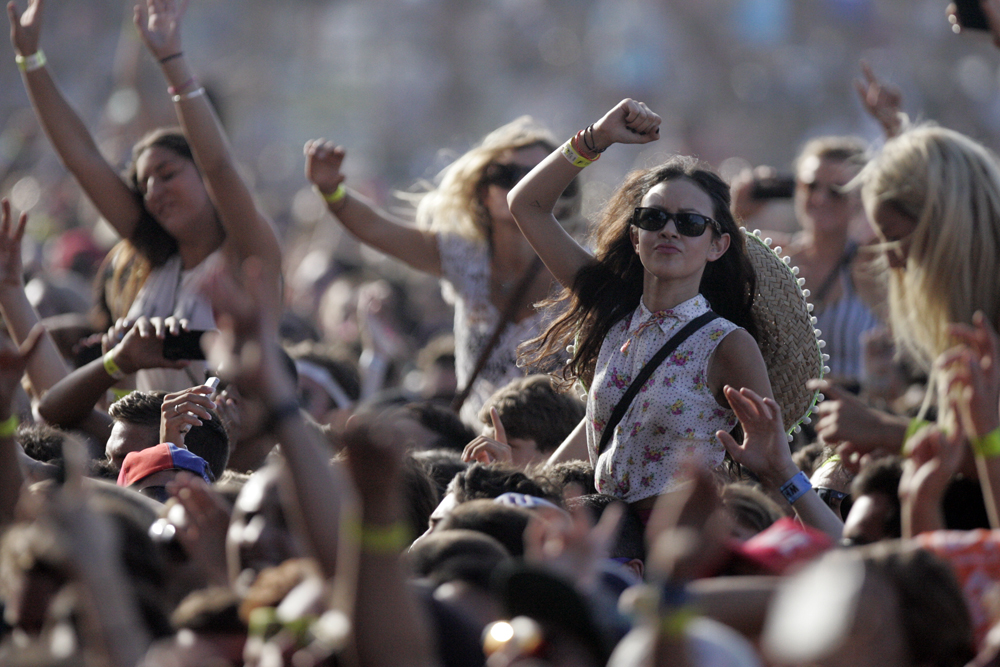 Common People Festival, curated by DJ Rob Da Bank (of Bestival fame), is to take to Oxford’s South Park on May’s bank holiday weekend, 28-29 May. Whilst there are some big names playing this event (namely Duran Duran, Primal Scream, Katy B and Craig David’s TS5), the excitement for this festival – the largest of its kind to take place so close to the town – lies in the Uncommon Stage.

Set to showcase the fantastic local talent of the city, the stage has been curated by Nightshift, “the excellent Oxford music mag” as described by Vienna Ditto, the electro rockabilly duo who will play the Uncommon stage on Sunday evening. When I ask what the excitement of playing a festival curated by Rob Da Bank means to the local band, they answer with “I do know that Ronan Munro put us forward for it; he’s something of a local John Peel. I’m almost more chuffed that he chose us, considering the local talent.”

When I speak to Julia Meijer, the Swedish-born singer-songwriter who moved to Oxford three years ago, and who will open the Uncommon Stage on Sunday afternoon, she, too, is keen to sing the praises of the music scene here. “I think Oxford is a really nice size – there are a lot of lovely venues to play. I’ve played here at the Modern Art which I really love: twice downstairs in the basement, and once outside in the entrance in the garden. I also really like the Jericho Tavern. And I’ve played in both spaces in the Old Fire Station … there are so many venues here.”

And it really is not just us critics harping on about the musical capabilities of this town. Every musician I speak to is overwhelmingly positive about the musical opportunities living in Oxford has given them. The Uncommon Stage will only celebrate this. Zaia, a seven-piece reggaedub-dance outfit also have sprung out of a town which has only accentuated the diversity of their sound. Complimentary of Oxford’s scene (which they are of course a part of), they tell me, “This is a city which punches well above its weight.” This depth and breadth is explicit on the Uncommon Stage’s line-up, from Zaia’s eclectic fusion to Little Brother Eli’s garage rock; and teenage duo Cassels’ “incendiary” sounds to Julia Meijer, who is so often described as “folk”, though she doesn’t see herself as a “folk” musician. “I’ve been described as ‘cosmic folk’”, she says, “or ‘hymnal dream folk’ – another good one.”

The joy of this festival will be the needlessness of genre labelling. Duotone, AKA Barney Morse-Brown, a guitarist, cellist and vocalist who will be opening the Uncommon Stage on the Saturday afternoon, is keen to have new people experience his music without feeling the need to categorise it. As we sit in a crowded café on St. Michael’s Street he tells me, “I’d like to think that if people hear something wafting over a field, it’s gonna appeal to them and bring them into the tent.”

Anything could happen in South Park in May. Cassels, the Oxford teenagers channelling grungy punk with socially charged lyrics, will play an early evening Uncommon Stage slot on Sunday evening. Timing is everything at a festival, and they tell me, “We’re on early so there’s a good possibility there will be no one there. Hopefully some incendiary types will show up and cause a ruckus. We’ll shout a bit like we usually do.” And this raucous festival nature will be clear in the sets of the other Uncommon bands too. The members of Zaia understand that there’s not usually time for a thorough sound check at festivals, and although setting kit up so quickly can be stressful, “there really is no better feeling in the world than that moment when you’re playing your music to a big dancing crowd, it’s moments like these we live for as musicians.” The same sentiment goes for Original Rabbit Foot Spasm Band, the joyous vintage seven-piece who have previously played the Royal Festival Hall and Bestival, and who will be headlining the Uncommon Stage on Saturday night. They say “There is nothing quite as exhilarating as a lively festival crowd. For us there is no great difference [between festivals and ordinary gigs] as we don’t tend to spend large amounts of time sound checking anyway. Plus the idea of turning up at the last minute greatly appeals to us.”

Festivals are geared up to allow their punters to discover new music. There will be a buzz in the air from these Oxford bands attempting to win over their audiences who may only have come for the bigshots Duran Duran or Primal Scream. The Uncommon Stage will be at the centre of all of this.