“Do you want to be a leader or a follower?”: In conversation with Claire Adler

Wang Sum Luk interviews the founder of a luxury PR brand to discover how her unconventional career unfolded and what it's like to market to the ultra-rich. 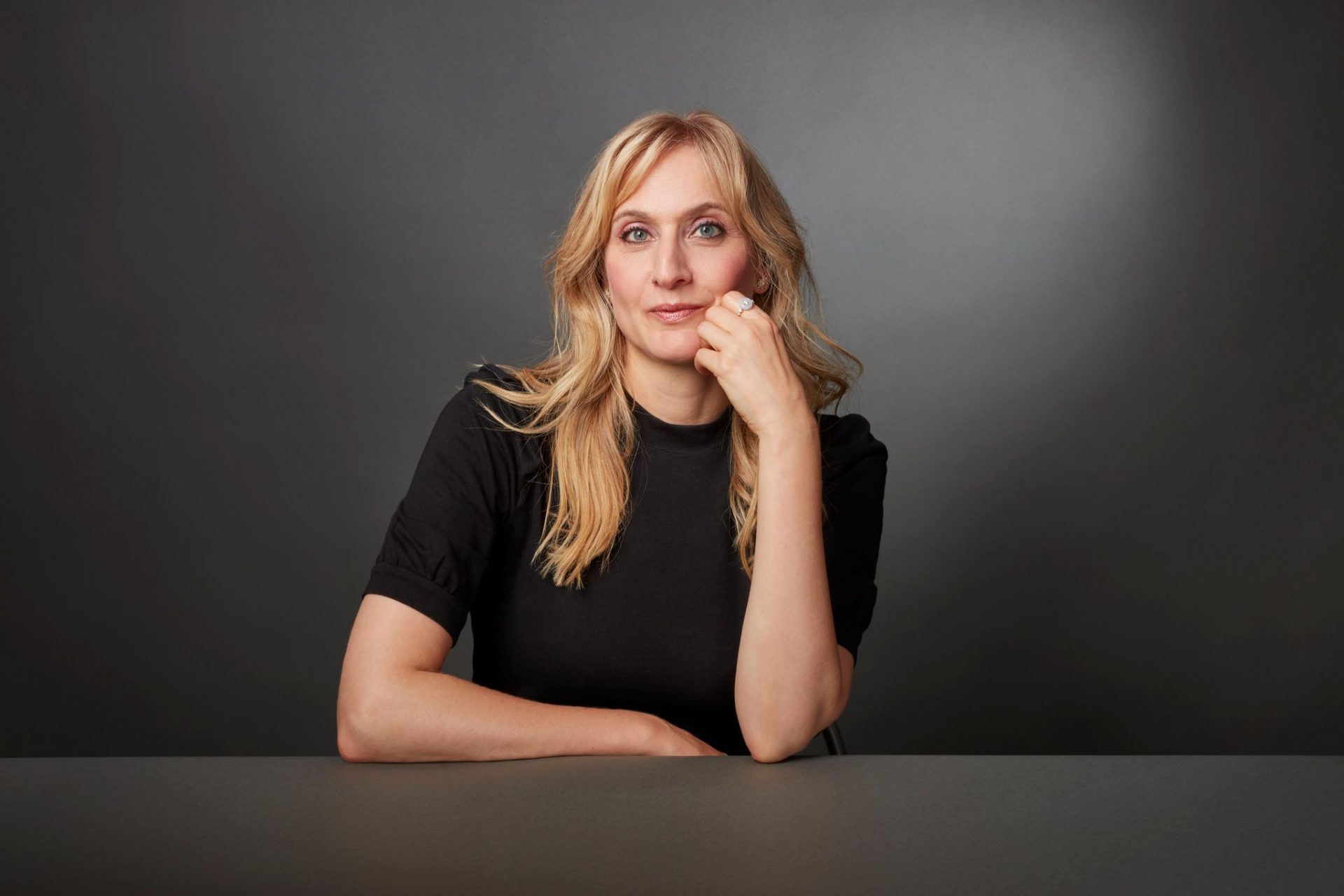 Practically all of us have, at some point, been unsure about where we’re headed after university. It’s certainly not an anxiety that’s unique to our generation—and, after having conducted this interview, I might be so optimistic as to say that it’s no bar to success.

When I met with Claire Adler on a drizzly Sunday morning, this concern was one of the first things we discussed. She explained that she had studied French and German at UCL, but that graduating was an “uncomfortable and painful” experience, since she’d enjoyed her time at university and found herself directionless afterwards. What little institutional guidance she received to help her choose a career consisted of an automated quiz, which informed her that she ought to become a factory inspector. She found work in educational publishing and charity for some time, but a turning point came when she decided to take a course on communications, titled “Introduction to Feature Writing”, at the University of the Arts London.

“This was the two days which I felt most prepared me for a livelihood”, she tells me, explaining that it gave her the confidence to pursue writing as a career. At the time working part-time in a telesales job, she set up a second office in her parents’ home and began applying what she’d learned on the course as a freelance writer. For over ten years from that point onwards, she wrote articles about the luxury goods market for a range of major news outlets (the Financial Times, Washington Post and Telegraph, amongst others), as well as for lifestyle magazines which you might find “in an airport lounge, or in Harrods, or on an EasyJet flight, or in a posh hotel somewhere”.

In 2016 she left journalism to become self-employed as a public relations consultant. “I kind of did everything by getting in through the back door, by teaching myself,” she says, noting that her career path was an unconventional route which wouldn’t suit everyone. Now, as the founder of Claire Adler Luxury PR, she represents jewellery brands and diamond-related businesses, specializing in “press relations”, or giving her clients visibility in the media.

Growing a small business via such an unconventional path is challenging, especially in the present economic circumstances, but she explains how she has gotten where she is: “what’s underpinning my clients is my own reputation; it’s why they come to me, it’s why they stay with me, it’s how I’m gonna get new clients”. As her job rests on communicating why her clients are remarkable to the media, she explains that she needs to carefully choose trustworthy clients who she is confident she can deliver results for. Notable journalists receive literally thousands of emails daily from companies seeking press coverage, she tells me, so a client’s story has to stand out for them to take notice.

One such client is Barbara Tipple, a prestigious bespoke jeweller who Adler points out received an honorary PhD for her work, an atypical achievement in this field. She recounts initially being uncertain about how she might represent Ms. Tipple to the media, until a meeting between the two at a Mayfair hotel provided Adler with the perfect detail to explain what set her jewellery work apart. At the meeting, Ms. Tipple had—quite casually—mentioned that she’d been commissioned to make a bejewelled key, at the price tag of thirty thousand pounds, for a “billion-pound (or billion-dollar, I don’t want to misquote) yacht”. The fact that Ms. Tipple’s work was admired by what Adler calls “crazy rich” people offered the perfect anecdote to demonstrate what made her so special.

But while punchy anecdotes and effective pitches might be what she’s expected to deliver now, she tells me that luxury journalism and PR wasn’t always like this. Having worked in this field since before the iPhone came out, she’d spent her days as a journalist dealing with press releases which had been obviously and poorly translated from French, sent in “from big luxury houses which should probably not be named and which should have known better”. This was part of what motivated her to do better and pitch more effectively, something which changes in attention spans and a shift to social media marketing has necessitated across this business.

Nowadays, she’ll showcase her clients’ products through social media or via influencers, but Adler points out that many clients still “want to be on CNN, on BBC”, using traditional media outlets to give an in-depth look at their work. This might involve promoting a product directly, creating articles about the history and expertise behind a firm, or presenting a client as an authority in a field capable of giving expert comment on relevant issues—though she tells me that her ultimate goal is to give her clients an audience that is “diverse, relevant and broad”.

However, we can’t talk about PR in the modern day without bringing up the problem of greenwashing, and more broadly how corporations pay lip service to supporting social causes to improve their reputations and sell their products. On this, Adler states simply, “At the heart of it is morality. Do you want to be a moral brand?…Do you want to be ethical in private?”. She tells me that her mother taught her the phrase “do you want to be a leader or a follower?”, explaining that brands can choose to merely follow the social trends of the day, but that there is also an opportunity for them to lead in making real change.

For her, vegan leather is an example of this phenomenon. Despite its buzzword-friendly name, she notes that there are concerns about the plastics which some vegan leather brands use, and whether those are biodegradable or environmentally safe. However, there are also manufacturers in this field—such as Mirum, a manufacturer of plant-based fabric which Ralph Lauren and Stella McCartney have invested in—who have taken this opportunity to truly innovate and create more ethical products. A company which is unethical and dishonest risks being found out and losing any goodwill it might have, meaning that from the perspective of morality and business, it’s simply better to “be a leader, and show your commitment to the right thing”.

One such “right thing” she believes in is the Brand Solidarity campaign. Founded in March this year by her mentor Marcel Knobil—who she speaks enthusiastically about her trust and admiration for—this campaign aimed to show solidarity for Ukraine by encouraging brands to, at minimum, place the Ukrainian flag in their logos. This campaign was also supported by Marina Pesenti, the former director of the Ukrainian Institute London, who linked its work to grassroots protests against brands such as Unilever and Turkish Airlines which had not withdrawn from Russia, stating that Brand Solidarity was “reaching well beyond [the] Ukrainian community, trying to mobilize brands”. Adler likewise has nothing but praise for Knobil’s project, calling it a way for brands to “use their audiences, their platforms, their influence, to garner support” for the Ukrainian cause.

Of course, not all of Adler’s work is centered around such social causes. My final question for her is about what, in a time when the problem of wealth inequality is being increasingly scrutinized, the luxury industry has to offer the average person.

She states simply that luxury “might not be relevant to some people”. Diamonds and other jewels are not just bought for their aesthetic value, but because “some of the items in the luxury world are investments for the future”, which retain their value even in times of economic downturn. Mentioning the auction of the Williamson Pink Star diamond this October, which sold for fifty-two million pounds—a record-setting price per carat for any diamond, especially in a time of economic uncertainty, and more than double the twenty-one million pounds Sotheby’s estimated it to sell for—she states that “one of the headline news stories is the cost of living, yet at the top end of the market, for the very, very rich, such items are fascinating, because they are proving resilient to recession in some cases”.

But luxury goods aren’t just valuable as investments for the ultra-rich. Adler brings up the recently released movie Mrs. Harris Goes To Paris, about a cleaning lady who dreams of owning a Dior dress, as an encapsulation of the non-economic value of luxury items, saying that “a bit of luxury, a bit of seeing yourself in a different light…can transport you and make you feel special”. What these items offer, more than anything, is “this idea of dreaming for something”.

She makes a passionate case for what she believes in, whether that’s doing her very best to represent her clients, using brands to support social causes, or the real value of luxury goods. As I leave our meeting, I continue wondering about the dream she advertises, and how it might fit with the world I live in.

ChaptGPT: The future of journalism?