Oliver Hall dishes his opinion on the Pan-Asian restaurant on George street. 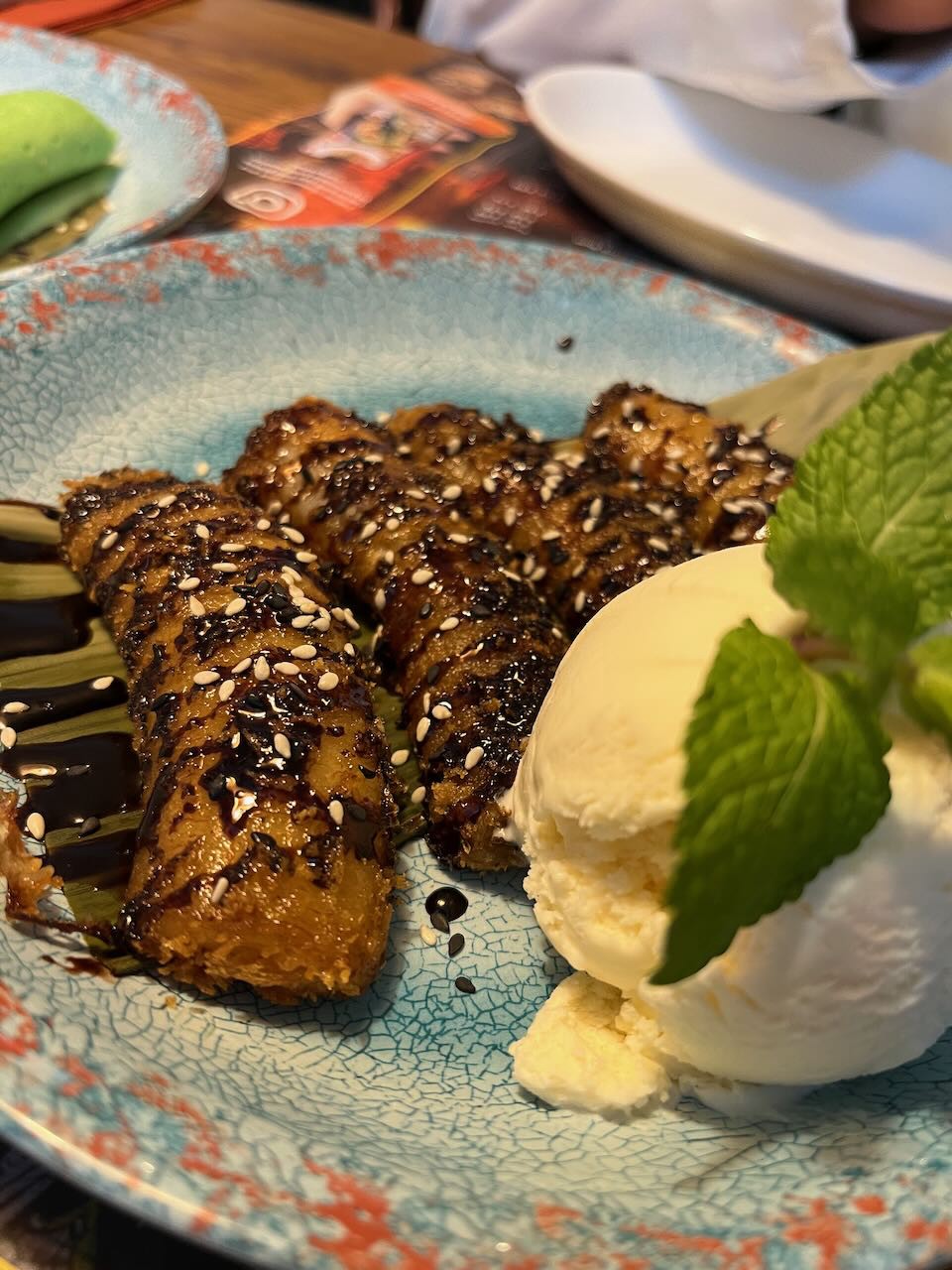 ‘Pan-Asian’ is a term that always raises suspicion for me with restaurants. I’m a strong believer in places that pick a clear focus, keeping their menus small and specialised. Often, the alternative is a hodgepodge of overs-sauced dishes trying far too hard to represent their origin. Although Banana Tree inevitably falls into this trap in places, it is a restaurant defined by a series of star dishes, a unique setting, and brilliant staff, that mean I can definitely see myself returning.

We kicked things off with an eclectic range of starters. The crispy gyoza were distinguished by their hard outer shell but the freshness of the vegetables inside still managed to punch through nicely. The chicken satay set is certainly a good choice for those wanting to share, and the slightly bland seasoning on the chicken itself, is more than made up for by the peanut dip. However, the spring rolls and Thai calamari unfortunately both fell into the same trap — too much batter. The inside of the rolls was a great pickle mix but the flavours were lost in the heavy pastry coating. The calamari suffered a similar fate with even the superb accompanying tamarind dip able to make up for the quantity of breadcrumbs masking any potential hint of squid.

And so on to the main courses, starting with the Rendang beef curry. The menu calls it ‘legendary’ and to be fair it lives up to the title. The beef falls apart beautifully into a coconut-based sauce full of flavour, that manager Markusz tells us, has been cooking in for four hours. The tamarind crispy fish followed up with similar success. Here, unlike the starters, the batter is a perfect light dusting topped with tamarind, lime, chilli, garlic, and peanuts. The combination of flavours is brilliantly well thought out and still allows the tilapia room to shine. Drawing a contrast between it and the blackened chilli beef is quite something. The latter was so tough that cutting into it was an effort, never mind chewing, and completely lacked any flavour. A side dish of papaya salad saved its graces slightly but it definitely isn’t a dish to head back for.

Laksa is a Singaporean staple and Banana Tree’s seafood offering largely delivered. A rich, creamy sauce is accompanied by the traditional rice noodles and a large variety of fish and shellfish. The wok-tossed noodles come with a similarly generous helping of seafood and vegetables. Although delicious their only drawback could be a black sauce that at times overpowers. The sweetcorn fritters that come alongside were mainly dough and not worth ordering as a starter on their own.

Finally, the yum yum duck salad sees a return to a brilliantly constructed mains dish. The meat on its own is good but really comes alive when eaten together with the pickles, herbs, and mixed salad.

Before heading to the desert options, it’s worth giving a nod to the cocktail menu at Banana Tree. Incredibly diverse and unique it has something for everyone with two standing out for us: the lychee mojito and the Rangoon zombie. Both are very easy to drink and the first a great twist on the reliable classic. The zombie benefits from a partnership with Dead Man’s Fingers to deliver its spiced rum with pineapple and a secret ‘Zombie Juice’ mix in a very pleasing novelty cup.

On the desert front, the so-called ‘banana frotiteroles’ drizzled in chocolate and caramel are an easy win alongside vanilla ice cream. Elsewhere, the Thai green coconut stuffed pancakes are fairly dry on the outside but filled with a delicious mix of cinnamon, coconut, and brown sugar that would work just as well on its own.

Overall, Banana Tree is a pleasant surprise. Despite the occasional missteps that are somewhat inevitable when trying to deliver a menu covering an entire continent, it is defined by a selection of star dishes and reliable classics. The staff star across the board with their passion and friendliness to make this a lovely place to spend an afternoon or evening.