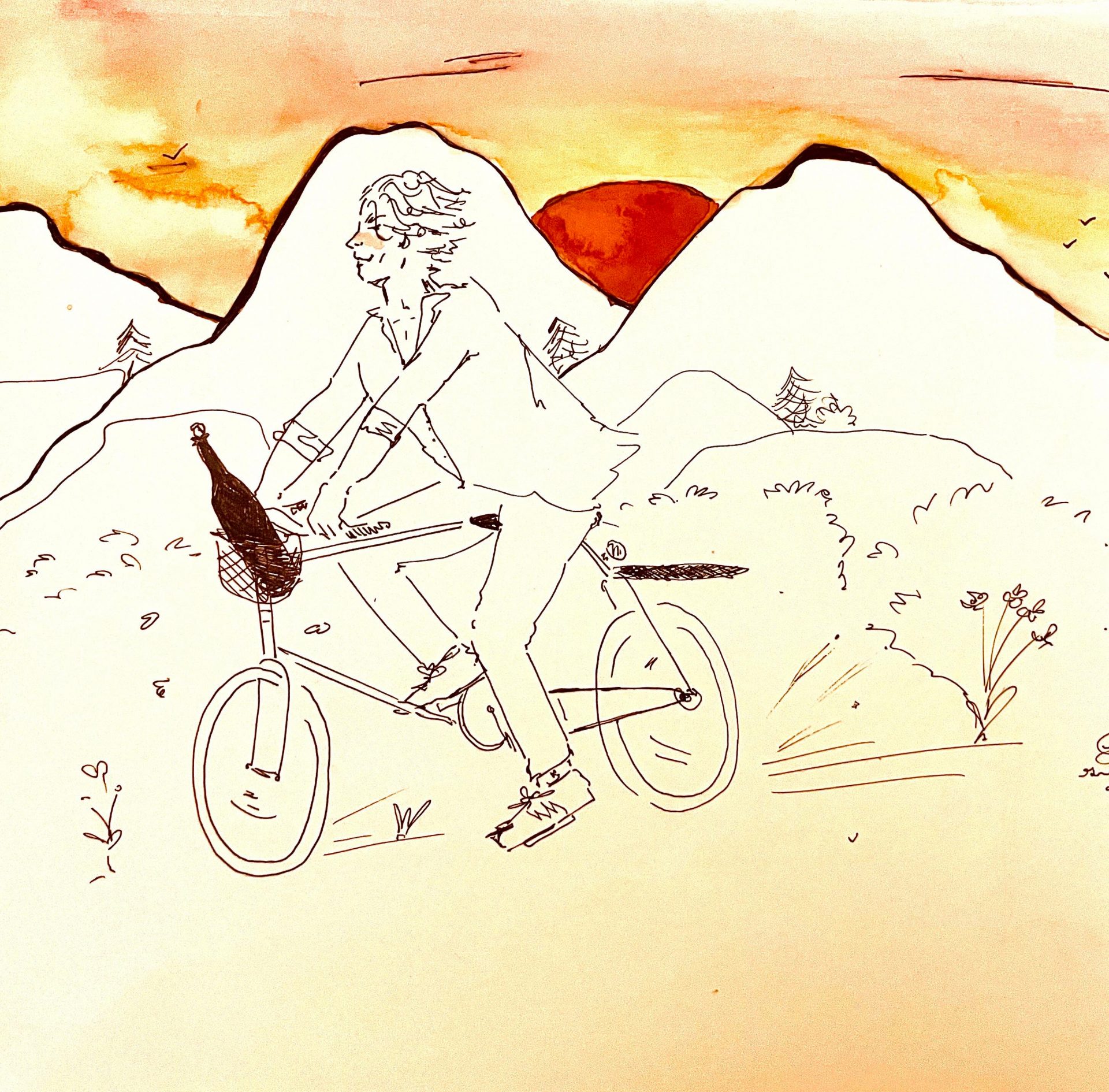 The romance of my trip to Italy had been enticing – an expedition paid for by a studio committed to funding a film I’d written with the very intention of securing a free holiday. But a holiday this was not. My producer overlords had been very clear that this was to be a work trip, and, with just two days to complete their demands, what had originally promised to be an escape from Oxford’s crushing workload was looking increasingly work-heavy. Already a logistical challenge I was entirely unsuited for, I would also be responsible for two companions: Ellis, a photographer friend of mine, and his girlfriend, Liska. Both half a decade older than me, my attempts to assert my maturity and responsibility as the one in charge were almost immediately undone when it became clear that I had entirely confused Milan’s two airports. We were not in fact landing at Linate, a convenient walking distance to the required train station, as I’d anticipated, but Malpensa, an airport which was not just further away from the station but in fact lay a substantial distance outside the city itself. We subsequently missed the last train and spent the night roaming Milan, drifting from club to club until five in the morning, when we caught the train to the little town where we were staying. We finally arrived at the Airbnb, a rather grand villa, to be greeted by the owner Alberto, a well-dressed, white-haired man poking his head out of an upstairs window with a look that suggested he had not been expecting his tenant to be the hoodied teenager wobbling at his door. After confirming my identity he did end up letting us in and I promptly collapsed onto the sofa and into oblivion.

I woke, sore and dazed to Ellis shaking me firmly and to the realisation that my first obligation, meeting representatives of the local film commission in the nearby town of Crema, was due to begin in a quarter of an hour. I rushed frantically down to the villa’s courtyard and, noticing an available-looking old bike, grabbed it hastily and began peddling away on what I could only imagine from its rattling frame and screeching brakes must have been an ancient relic. Steering with one hand and holding Google Maps out in the other, eventually, dripping with sweat, I arrived at the café to find a group of men sitting outside chatting boisterously in Italian over red wine and cigarettes. They welcomed my arrival with raised hands and a chorus of “ciaos”, pulling out a seat at the table. I would spend the next four hours there, occasionally discussing my film, constantly being plied with wine. By the time the meeting had concluded the sun had begun to set and I was very much feeling the effects of the wine. I remounted the bike with some difficulty and started wobbling along the road as the amber glow that bathed the Italian countryside faded into darkness. Over an hour later, and having toppled over twice, I finally managed to make it back to the villa. Finding Ellis and Liska asleep, I sat for a moment on the couch to catch my breath and then promptly slept.

Our second and final day started with another alarming revelation, that the checklist of shots required by my eccentric director of cinematography remained entirely unchecked. We rushed to the train station and into Crema with the list in hand. The apparently essential images took us all over town, and required multiple changes of clothes, the purchase of cigarettes, the accidental gatecrashing of a wedding, and, finally, a GPS location for a list of shots under the title “water”. The train took us as close as public transport could and still left us with a long walk to the remote red marker on Google Maps. After half an hour of trudging across fields and hopping fences, we finally arrived at an unremarkable clump of trees in the middle of a field. It was only as we walked through them that we discovered the oasis within, a pool of the most picturesque, crystal-clear water. We all stripped off excitedly and dove in before quickly reemerging to shiver on the banks –apparently the water gets pretty cold in October.  With a watery checklist still to complete, Ellis and I, fortified by several glugs of wine, plunged into the water once more and after some time (and a great deal more wine) it became almost tolerable. We had just about finished the required photos and most of the wine when Liska, reclining in the sun, alerted us to the time and the ten minutes left before the last train passed through the station. Still soaking wet we hurriedly pulled on our clothes, downed the last drops of wine and set off back across the fields at a slightly erratic sprint and, despite some extra difficult fence-hopping, made it to the station just as the train arrived to return us to town.

At four in the morning, after handing over the keys to a relieved Alberto, we took a cab from the villa back to the airport. It turned out to be a rather short journey that in retrospect could have easily saved us our night-long Milanese bar crawl – information I chose not to share with my comrades sleeping in the seats next to me. After we’d passed through security and settled down in a café, I opened my laptop to send off the completed reports and images. I took a moment to appreciate the impossibility that we had completed the entirety of the studio’s requirements in two days, which I could best recollect as a surreal, alcohol-tinted dream, as a waiter approached to take our order, turning to me last. I looked down at my inbox full of “high importance” responsibility and shut my laptop. “Birra, per favore”. Reality could wait a little longer.

Indeed, reality waited exactly until our plane took off whereupon I experienced one of the worst hangovers of my life and subsequently missed my train to Oxford. Please drink responsibly.