Where do we go from here?  Reflections on a day of chaos in Downing Street 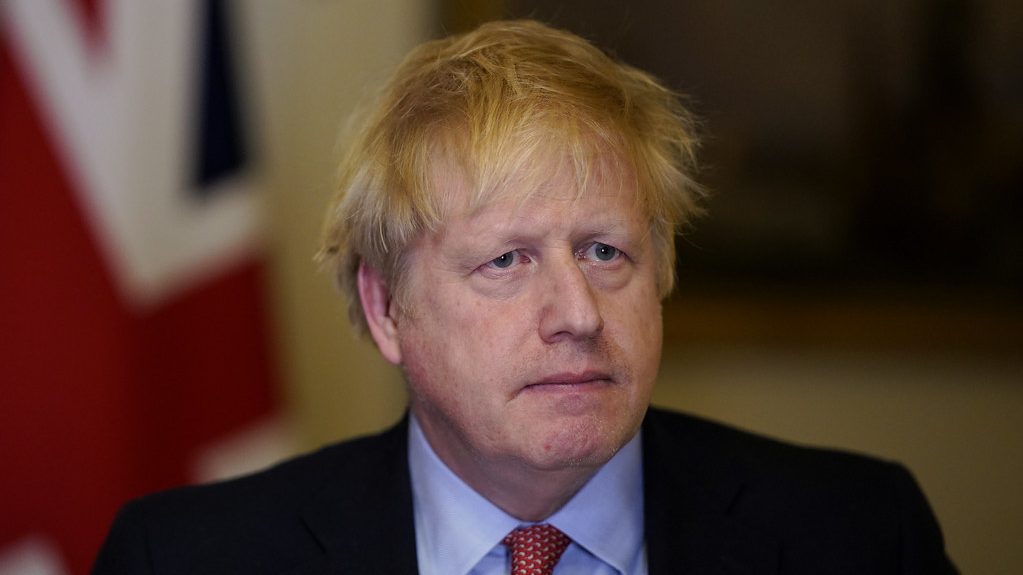 Where do we go from here?  Reflections on a day of unprecedented chaos in Downing Street…

The past few years in British politics have repeatedly defied belief but Thursday 7th July will go down in history as the most chaotic, bizarre, and extraordinary day that our country has seen in decades.  This morning, it was barely possible to make a cup of tea before returning to the television to learn of another ministerial resignation or letter from newly appointed cabinet ministers calling for the Prime Minister to go. Chris Mason taking the phone call from Downing Street to confirm Boris Johnson’s resignation live on BBC Radio 4’s Today programme perhaps perfectly summed up the incredulous nature of the morning’s proceedings. The big question now though is what on earth happens next?  Where do the Conservative party and the country go from here?  As it stands, the PM insists that he will stay on until a new leader is announced, but is that really feasible?  Who is best positioned to succeed him? One thing is certain, the turmoil is far from over…

Who Next?  The Runners and the Riders

The main reason why Johnson has survived in post for so long in spite of countless scandals that would’ve buried leaders of the past has been the lack of an apparent successor. Now the Conservative party is facing a leadership election with contenders from across the political spectrum, as it tries to decide its future.

Long-time favourite of old-time party members but counting many enemies among fellow MPs, the outspoken Truss has never been afraid to make her leadership ambitions clear. Much like Johnson, she has been happy to bend her political beliefs to fit with her rise to power after backing remain in 2016 only to become one of the biggest supporters for a hard Brexit in recent years. Brash and brazen with political stances branded by many as ‘Thatcherism on steroids’, she certainly wouldn’t offer the dramatic change in tone and direction needed if her party is to stand any chance of rescuing themselves at any approaching election.  She may also struggle in early stages of the leadership race, with several MPs declaring privately that they wouldn’t back her.

Zahawi was centre stage in the political chaos of the last 48 hours after being appointed Chancellor of the Exchequer on Tuesday night, doing the media rounds defending the Prime Minister on Wednesday morning, and then calling for his resignation on Thursday.  His political stock rose substantially as vaccines minister during the pandemic and, popular amongst his colleagues, he now appears to be one of the favourites to succeed Johnson.  The only thing standing against him may turn out to be his relative inexperience in government.

There are few men in history who have had such a dramatic rise to fame and fall from grace as Rishi Sunak. An unknown among the public when appointed as Chancellor he attracted fans throughout the pandemic with generous furlough and ‘Eat Out to Help Out’ schemes before becoming embroiled in the Partygate scandal and brought down by questions over his wife’s non-dom tax status.  There’s a chance that his shock resignation on Tuesday night might just have saved his chances and he is sure to be a front runner if he can convince MPs of his credentials.  Equally, his resignation letter suggested that his could be ‘his last ministerial job’ and a return to pre-political life could certainly prove to be an attractive proposition for the former banker.

Having already failed twice in leadership elections could it be third time lucky for the man who initiated the final chapter of Johnson’s prime ministerial career?  Although his dramatic move and speech after PMQ’s will appeal to some, few can really doubt his own personal motivations for moving against the PM when he did and that kind of ‘snakery’ as Number 10 likes to call it has been enough to see others named Michal Gove get the sack.  Javid would offer something different in terms of a political direction and would appeal as a more stable set of hands but his flip-flopping hasn’t won him many fans amongst MPs and party members.

Who? I hear you ask.  The bookmakers’ favourite that’s who!  Mourdant finds herself in the bizzare position where not having any experience working in recent cabinets will be seen as one of her biggest strengths.  If you are in search of a metaphor for the dire state of the Tory party then this is it.  Being a long-time Brexit backer makes her palpable to the right of the party and the ERG but her membership of the liberal Conservative ‘One Nation’ caucus means that she has a fairly wide reach.  She has perhaps the fewest enemies of any of the obvious contenders.  Then again that is inevitable when you consider that she has never held a post of significance within government.

‘The rebels’ choice’, Tugenhadt is one of the few likely runners who has spoken out against Johnson from the start.  The Chair of the Foreign Affairs Select Committee slammed him for his performance as Foreign Secretary and has remained critical ever since.  His rhetoric always focuses on a renewal of traditional conservative values, the meaningful substance of that rhetoric unsurprisingly remains in the dark.

Hunt will undoubtedly frame himself as the man who stood up to ‘Johnson the bully’ and never served in his cabinet.  In reality, insiders suggest that his close relationship with Theresa May meant that he was never invited to – a quite extraordinary thing when you consider the amount of ministers Johnson went through.  Hardly a superstar as health secretary Hunt would represent a return to the more traditional style of government of Theresa May and although that be unexciting to some MPs, large swathes of party members could be convinced by a reassuring return to relative normality.

The defence secretary never resigned from the cabinet but did just about manage to squeeze in a letter calling for Johnson to go before the final decision was announced.  The former soldier is broadly seen as reliable and undramatic, both potentially very attractive characteristics at the moment.  He has won international acclaim for his dealing with the Ukraine crisis and the general public would be sure to back him on that but he is notable for his lack of experience in all other areas of government.  Despite his popularity, he has also previously stated his desire to take on the role of UN Secretary-General in the future and that may yet prove to be his next step.

So, in conclusion, the race remains very much open.  Dozens are sure to declare their leadership bids over the coming days and countless campaign websites will no doubt be launched within hours but the stark reality is that none of the options are pretty for the Conservatives.  The party is in a mess, politics is in a mess.  Opposition parties insist that Johnson cannot remain PM whilst the process continues and any caretaker would get the chance to audition their potential on the biggest stage.  It still remains to be seen how long the elected leader will stay in post.  Can any of those listed above really stake a claim to Johnson’s record-breaking mandate from 2019?  A general election may very well be on the cards and, if that is the case, then the calculations change all over again for the MPs with the fate of the nation in their hands…

We asked you to sum up your thoughts about our departing Prime Minister’s time in office and departure itself – it’s safe to safe that the responses were mixed and I am happy to report that you didn’t hold back!

Charlie Aslet on the nature of Johnson’s departure:

“Boris Johnson’s resignation had as much dignity as a streaker at a football game. He clung to power until even his unkempt reflection was telling him it was time to pack it in. Some people would have thought it honourable to jump before being pushed. Not Boris. He was beaten up by all his closest friends and colleagues, his trousers hoisted around his ankles and then given a mighty boot up the buttocks before stumbling over the cliff. His only consolation as he tumbled down that rockface was that he managed to give Michael Gove a final slap in the face before he fell, giving him the sack when everyone else was resigning. In a way, I feel a bit sorry for Boris. His resignation was like the assassination of Julius Caesar, except this time it felt like he also managed to stab himself a few times before he died. But, then again, the man seems incapable of telling the truth. Even when he says he’s leaving it’s difficult to believe it will actually happen. When he says he’s actually staying, that’s when I’ll be ready to believe he’s really going for good.”

We then asked you for reflections on Johnson’s premiership:

And your predictions for the future:

“I’m just sad for the people of Ukraine. Their future is now in doubt more than ever.”

“Someone equally bad or worse will become Prime Minister, there is no winning!”