Ben Holden explores the motions of post-exam celebrations and the emotions that come along with facing change. 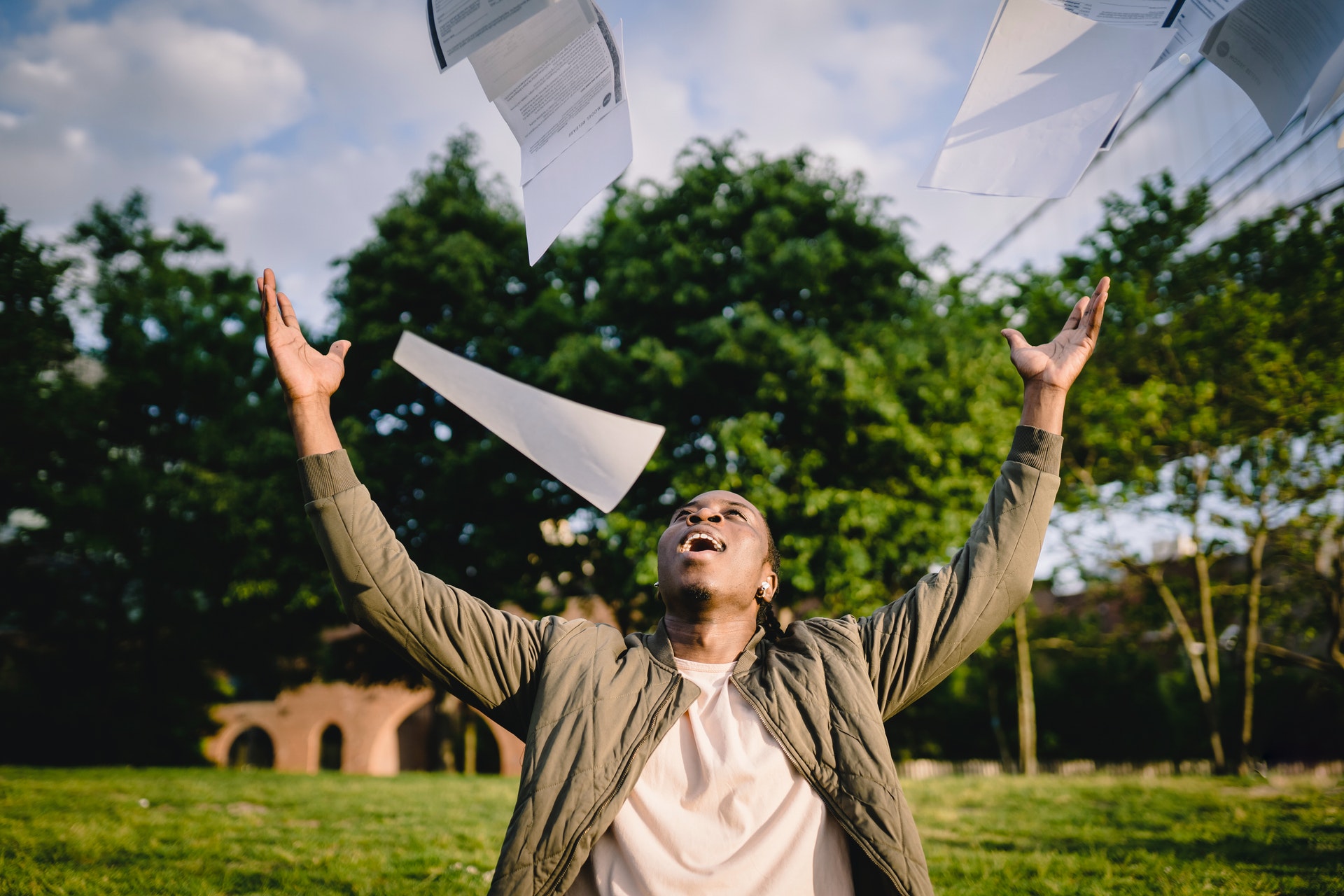 It’s a weird feeling, finishing your degree. I sit and write this at the end of the week in which I submitted my last online exam. For some strange reason, the Psychology department has decided that their students only need half of their last term to revise, setting out an examination timetable that finishes in 6th week. My working theory is that psychologists are just too smart – an extra two weeks of revision would simply make things too easy. Regardless of the reason, I now find myself with a lot of free time, and wondering what to do with it all.

First, and perhaps most obviously, the answer was Park End. As much as I enjoyed that (and the friends that had to take me to bed know all too well how much I did), it can only fill one drunken night and one hung-over morning. The streaming gods blessed me with the release of the Obi-Wan Kenobi series on Disney+ and the new season of The Boys on Amazon Prime, but these too only take up so much time – and I’m not desperate enough yet to commit to all of Stranger Things. In a testament to the strange Stockholm-syndrome-like effect that Oxford has, I almost find myself missing sitting in the SSL staring at lecture notes. Or, maybe I’m just annoyed that everyone in my year spends all their time there and I’m getting a really sad form of FOMO.

But, after a few days of sitting around doing an awful lot of bugger all, I’ve realised that this time has given me an opportunity to do something I’ve rarely done in my three years here: sit and think about something other than my degree for a while. Doing so has given me a chance to reflect on my time, and since thinking about things at Oxford is useless unless you can tell someone else that you’ve done so, here I am now.

Oxford was never a plan for me. I hear people talk about wanting to go to Oxford since they’ve been conscious, and I respect them so much for it – they’re much more ambitious than me and that takes you far. To be honest, I had never really given it any thought at all, until one day I met with my sixth-form tutor about University applications. “How about Oxford?” he said. “Why not?” I thought. I need to thank him for that. I decided to go for it, applying to the one college I had heard of that offered Psychology, and not really expecting anything to come of it. Fast forward to October 2019, rocking up after being accepted to a completely different college and having no idea how any of this was going to go.

Luckily, I can safely say that the three years I spent here, whilst not always easy, have been the time of my life. This makes it slightly anti-climactic for it to start coming to a close simply by pressing the ‘submit’ button after an online exam. Don’t get me wrong, I’m so grateful it was online because I would have been hopeless doing my finals open-book, but not getting the triumphant walk out of exam schools was slightly disappointing. But the term isn’t over yet and I’m sure I’ll end things on a high, albeit probably very tipsy, note.

This poses another challenge though, and one I’m sure I’m not alone in facing: what the hell do I do now? People I know have spent the last year talking about applying for internships, or the jobs they’ve already got secured with banks and law firms in foggy old London. At the time I thought of these more as conversation points, rather than things I should actually also probably be considering. Now, my degree is almost over and things aren’t set in stone for me – but you know what? That’s absolutely fine. The ‘go-with-the-flow’ attitude I had when applying seems to have worked out quite well for me, so I’m more than happy to use that again and just see where I end up.

That’s not to say I haven’t thought about things at all. I like the idea of doing a Master’s at some point (although the where and what still needs some consideration), or getting a job in one of the colleges so I can still hang out with my friends who are doing 4-year-courses. There are options, definitely, but deciding on one is easier said than done.

And, again, that’s okay for now. Honestly, I think I just need a break from making decisions for a while. I think it’s safe to say that Oxford is pretty full-on – world-class education or world-class workload? – and so I don’t think there should be any shame in slowing things down for a bit to give yourself room to breathe. That should be the case at any point in your life as well, but it seems especially needed after finishing university. I applaud everyone who does have a set plan, but personally I think I need a year or so to step back, enjoy myself, work some odd jobs and give my life the thought it needs. I’m pretty sure I’m not alone in that either.

I will admit, the idea of no longer being a student is daunting, but all good things must come to an end. In times of crisis, I often find myself turning to the words of my favourite philosopher, an individual who I think truly embraces 21st-century thinking and cuts through the superficial distractions to really get to the essence of life. I, of course, talk about former Pulp-frontman Jarvis Cocker. In the 1998 album This Is Hardcore (which is outstanding by the way), there’s a lovely tune called Glory Days. Originally written as the bitingly satirical Cocaine Socialism, Cocker re-imagined it as a song that he has admitted “was about nothing really”. And yet, there’s a brilliant little bit of advice in there, advice that seems pretty obvious but that I really needed to hear in those dulcet northern tones:

“Where we are is where we’re meant to be,

Oh, come on make it up yourself,

You don’t need anybody else”

Life often feels like you’re always moving forward. Sometimes, it feels like you have to move forward. That’s fine if that’s what you want to be doing, but is it really a must? Like Cocker, I’m not entirely convinced. The only place you need to be is exactly where you want to be, and at the end of three short years at a crazy university you never expected to get into, that could be anywhere. Whether you’re going straight into a £50,000 banking job, an impressive internship at a multinational company, a graduate program that will catapult you into a career in academia, a year to travel the world and ‘find yourself, man’, or just moseying about trying to figure out where you want your life to go, the important thing is that it’s your decision to make and you’re happy with the one you do. And, if you happen to fall into the latter category and think that everyone else does have a plan, take some solace in the fact that I’m there too.

Metaphorically of course – physically, I’ll be in Park End. I’ll miss you the most, cheese floor.