A Global League: How the NBA finally conquered the world 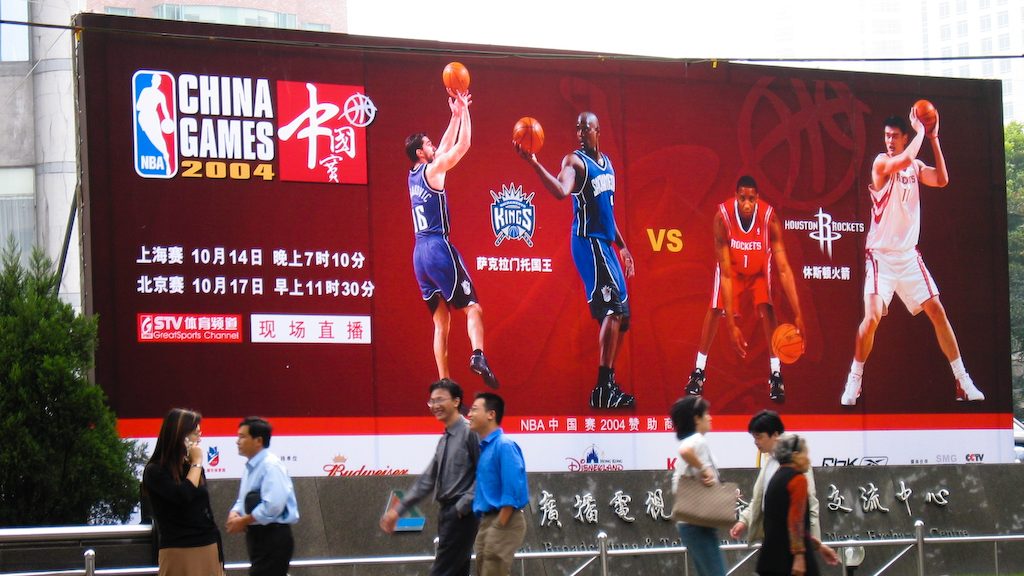 For the first time ever this season all three of the contenders for the NBA’s Most Valuable Player (MVP) award were born outside the United States.  Easy to brush aside as coincidence on the surface, it in fact marks a hugely significant moment for the league’s governing body and is the culmination of years of work behind the scenes.

All of the top three sports leagues in the United States have been trying their best to crack the global market over the last few years.  For a number of reasons though, basketball has very much been leading the way.  For decades now it has been investing in overseas markets, differing from the NFL and MLB by offering not just increased media coverage but also support and routes for aspiring foreign players years ahead of its rivals.  That came to a head with the foundation of the Basketball Without Borders programme in 2001.  In association with FIBA, the sports global governing body, the annual training camp brings the best prospects from around the world together to train and show their talents off to prospective NBA teams.  It was here that one of this year’s final three MVP contenders, Joel Embiid, got his big break.  The Cameroonian attended in 2011 before being drafted in 2014 and his success has seen an extraordinary year-on-year 40% increase in subscriptions to watch the league in Africa.

There are of course other reasons that basketball has been able to break into foreign markets far more easily than the NFL and MLB.  The first team to play overseas was the Washington Bullets way back in 1978, 27 years ahead of the NFL and 18 before the MLB made its first trip to Mexico.  This was arguably only possible thanks to basketball’s global reach as a sport in general.  By the 1930s it was already hugely popular in China and its first foreign-born player was playing in 1946.  Similarly, across Europe and in France and Spain in particular, the EuroBasket Championship tournament is hugely popular in its own right.  Its place in the Olympics has undoubtedly done it favours too and the aura that Michael Jordan’s ‘dream team’ created in Barcelona in 1992 saw international viewership numbers surge.

The result of all this has not just been foreign players flourishing stateside.  Overseas markets now make up 10% of the NBA’s estimated $10bn revenue and after a brief hiatus during the COVID-19 pandemic, the league will return to Japan for a mini-tournament next pre-season.  Giannis Antetokounmpo will also lead his Milwaukee Bucks in the first-ever NBA game to be held in the Gulf against the Atlanta Hawks this October, just one more demonstration of how his popularity has revitalised a franchise that was once trapped by its isolated market.

Major League Baseball has announced that they will resume their London Series for five years more at least.  Jim Snall is the senior vice-president of MLB International and he has defended their comparatively sluggish expansion by highlighting its vastly differing rules, “With soccer or basketball, the concept is fairly simple: there’s a rectangle, and you get the ball in the goal or in the hoop. Baseball is a bit more nuanced”.  That much hasn’t held back the NFL though and they have recently announced that their global games will make trips to Germany and Canada next season in addition to their overwhelmingly successful annual clashes in London and Mexico.

So, only time will tell as to whether or not America’s other major sports can follow suit but for now at least the NBA can revel in its success.  Things are great as they are but the future is even brighter for America’s most marketable, fastest-paced, and most popular sport.