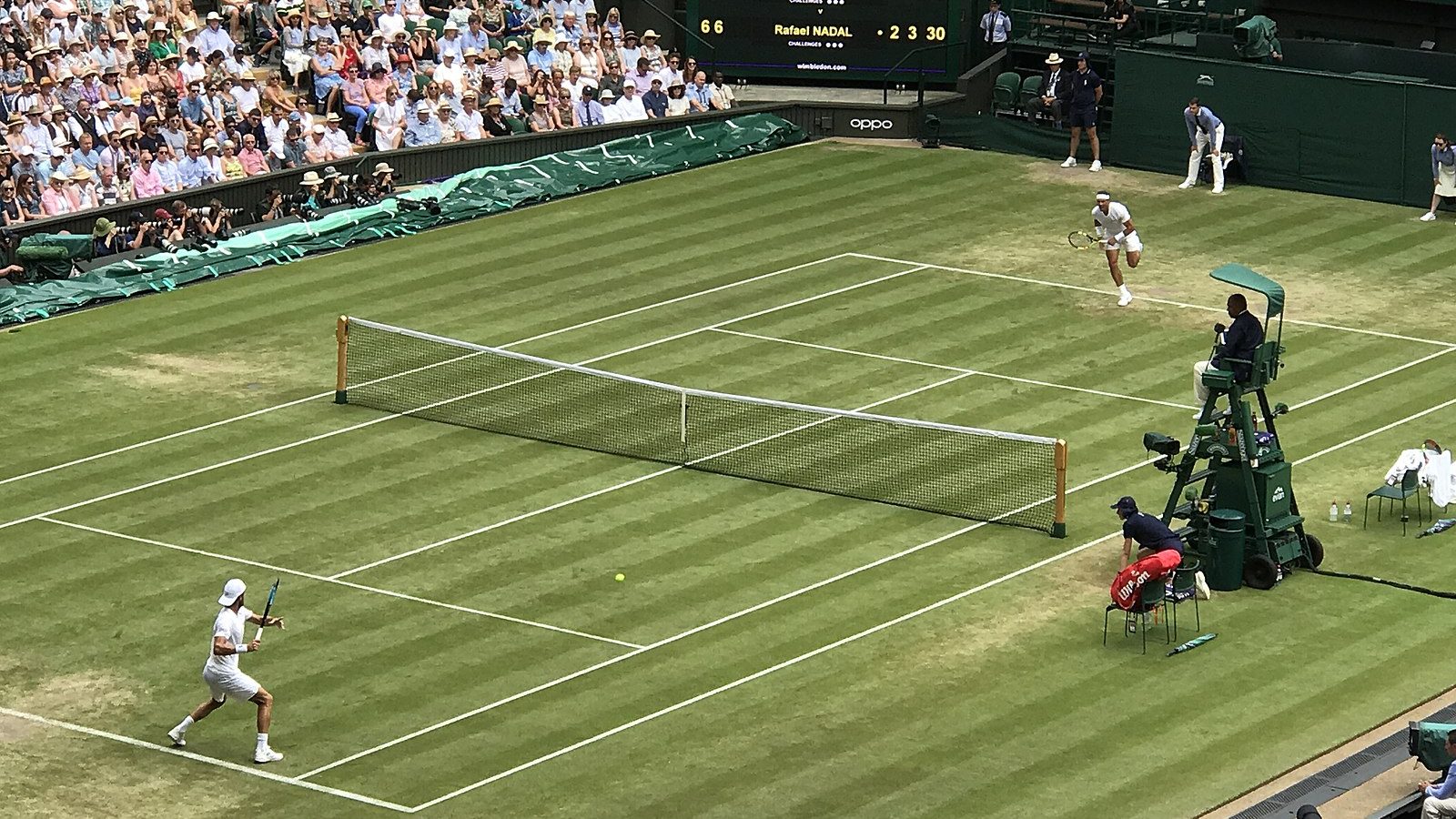 With the French Open well and truly underway you might expect the tennis world to be firmly focused on Chartier but instead the dominant topic of conversation, even at the early rounds of Rolland Garros itself, has been about Wimbledon.  The noise from all sides can be hard to make sense of so here is our attempt to unpick it all.

On 20 April this year, the organisers of tennis’ most prestigious tournament, the AELTC, announced that Russian and Belarusian players would be banned from this year’s championships.  The move came in response to Russia’s invasion of Ukraine and followed similar moves from across the sporting world saying, “Given the importance of not allowing sport to be used to promote the Russian regime and our broader concerns for public and player (including family) safety, we do not believe it is viable to proceed on any other basis at The Championships.”

The move was highly controversial from the outset, with Novak Djokovic calling it “crazy”, the ATP saying that it set a “dangerous precedent”, and the WTA stating that it was “very disappointed”.  For over a month after that, the governing bodies continued to ‘evaluate their next steps’.

Last Friday, the ATP announced that they would no longer be awarding ranking points for the competition so as to not disadvantage those players who couldn’t participate.  Prize money will still be awarded by the organisers but the ranking points are what determine the world rankings and therefore qualification for and seeding at other tournaments.  They said in a statement that, “It is with great regret and reluctance that we see no (other) option.”.  It is this which has brought the issue to the forefront of peoples’ minds yet again with players outspoken over the decision and split in their opinions.

Dennis Shapovalov has been the first player to directly relate the move to his playing performance after crashing out in the first round at Rolland Garros.  He said that “I think it’s a little bit added pressure on me, knowing that losing a lot of points and not able to defend.”  The world number 15 will certainly find it harder to hold onto that position now.

On the women’s tour, superstar Naomi Osaka has questioned whether or not she will even play the grand slam, calling it a “glorified exhibition”.  Pliskova was the runner-up at the All England Club last year and says, “I think it’s super tough and unfair and a bad decision” – she will drop out of the top ten in the world if she is awarded no points for this year’s performance.

Back on the men’s side, Benoit Paire has called the decision “absurd”.  Daniel Medvedev, who won’t be able to compete, has avoided joining either side of the debate:  “I’m not saying which decision is right, but at least so far in explaining their decisions, I found [the] ATP just more logical and more consecutive.”

As alluded to earlier, the decision from the ATP has the potential to seriously upset the world rankings.  Novak Djokovic is set to lose his spot as world number one, even if he wins the tournament again this year, most likely to Daniel Medvedev despite the Russian not even being able to take part.  The women’s tour will see a number of players who specialise in grass-court tennis fail to qualify for future grand slams.  Overall, the move means that all other tournaments and the other grand slams, in particular, will carry even more importance than ever this season for players at all levels of the game.

Whether either side will budge on their current positions remains to be seen but the expectation is that that is unlikely.  One thing is for sure though, as the tournament creeps ever closer and players decide whether to appear or not, the debate will only grow louder.

Image: I went to Wimbledon, CC BY-SA 4.0, via Wikimedia Commons