Sam Zia interviews Dr. Luke Evans MP about his campaigns on the issue of body image. 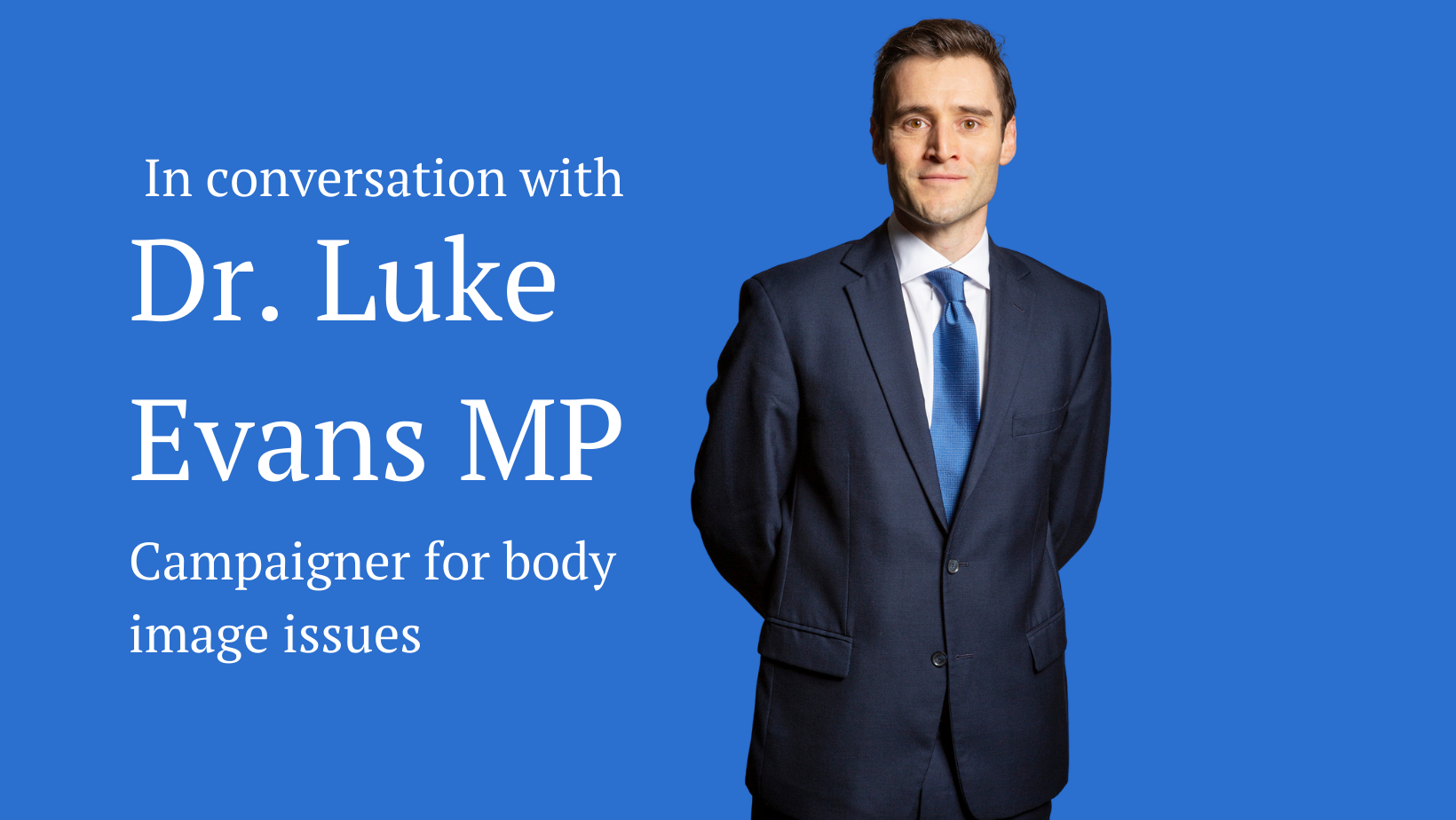 I interviewed Dr Luke Evans, the Member of Parliament for Bosworth, on a cold London morning via Zoom. As a pro-Brexit MP from the 2019 intake, he has consistently voted with the party whip on issues ranging from immigration to the Owen Paterson affair. However, he stands out in one particular respect: in his short time as an MP, he has championed campaigns surrounding body image, anorexia, and self-esteem, particularly among young people. As a result, he has as a private member of the commons introduced the Digitally Altered Images Bill, which if passed into law would require advertisers, broadcasters, and publishers to display a disclaimer in cases where an image of a human body or body part has been digitally altered in its proportions for commercial purposes. I was curious to know more about what caused him to pursue this noble, if somewhat under-discussed, cause.

As his title suggests, Evans’ background is in the medical industry; he worked as a doctor for over a decade before becoming an MP, and discusses how in his practice he saw the extent of young people’s discomfort with their physical appearance. He cites a 2017 study, which showed that just 16% of girls between 11-16 felt ‘very happy’ with their appearance. Among young men, 35% aged between 13 and 19 reported “often” or “always” being worried about their physical appearance, and at least 1 in 3 teenagers felt “shame” about their body.

While some insecurity about physical appearance can be a natural part of growing up, Evans tells me that he attributes the steep rise in body dysmorphia, particularly among teens, to the omnipresence of social media, and particularly the rise of digitally altered images. As a result, during his time as a GP, Evans witnessed a growing number of young people who sought consultations on plastic surgery or other cosmetic procedures to change their appearance to conform better with conventional standards of attractiveness.

Evans’ bill, if passed, would not ban the alteration of such images. Rather, it would mandate in law that such images display a disclaimer that states that they have been changed. Evans cites that in the same 2017 study, 88% of girls aged between 11-21 supported his proposal.

I ask if mandating such a disclaimer conflicts with traditional free-market and anti-regulation conservative principles. Evans responds by saying that while he supports the principle of limited regulation, consumers must be informed about the content of what they see online. “You’ve got corporates spending millions of pounds on retouching these images; how can individuals be protected or informed in such an environment?” he says. He also notes that a similar proposal has already been successfully enacted into law in Norway, and in 2017 France passed a similar measure pertaining to images that were altered to make their subjects look thinner.

As Evans is not a member of the government, his proposal takes the form of a Private Member’s Bill, which is notoriously slow to pass the three Commons readings and then move to the Lords. While it passed first reading in September of 2020, it has not since then progressed further. I ask him whether he is concerned that it may stall during the remainder of this parliament, which is unlikely to last much longer than another two years. Evans tells me that the government has been highly supportive of his initiative, and is looking to include it as part of the Online Harms Bill. This bill has already been introduced to the House as part of government business, and is therefore much more likely to be passed expeditiously. Evans has found support across political parties for the initiative; it was seconded by the Chair of the Parliamentary Labour Party John Cryer and the Liberal Democrat MP Wera Hobhouse. I can’t help but think that in an age of hugely increased polarisation and partisan rancour, this is an impressive achievement.

Just before the world shut down in March 2020, Evans stated in the House of Commons that “we are creating a digitally warped reality, striving for bodies that can never be achieved”. His words continue to ring true today, and it was a pleasure to discuss his initiative with him.