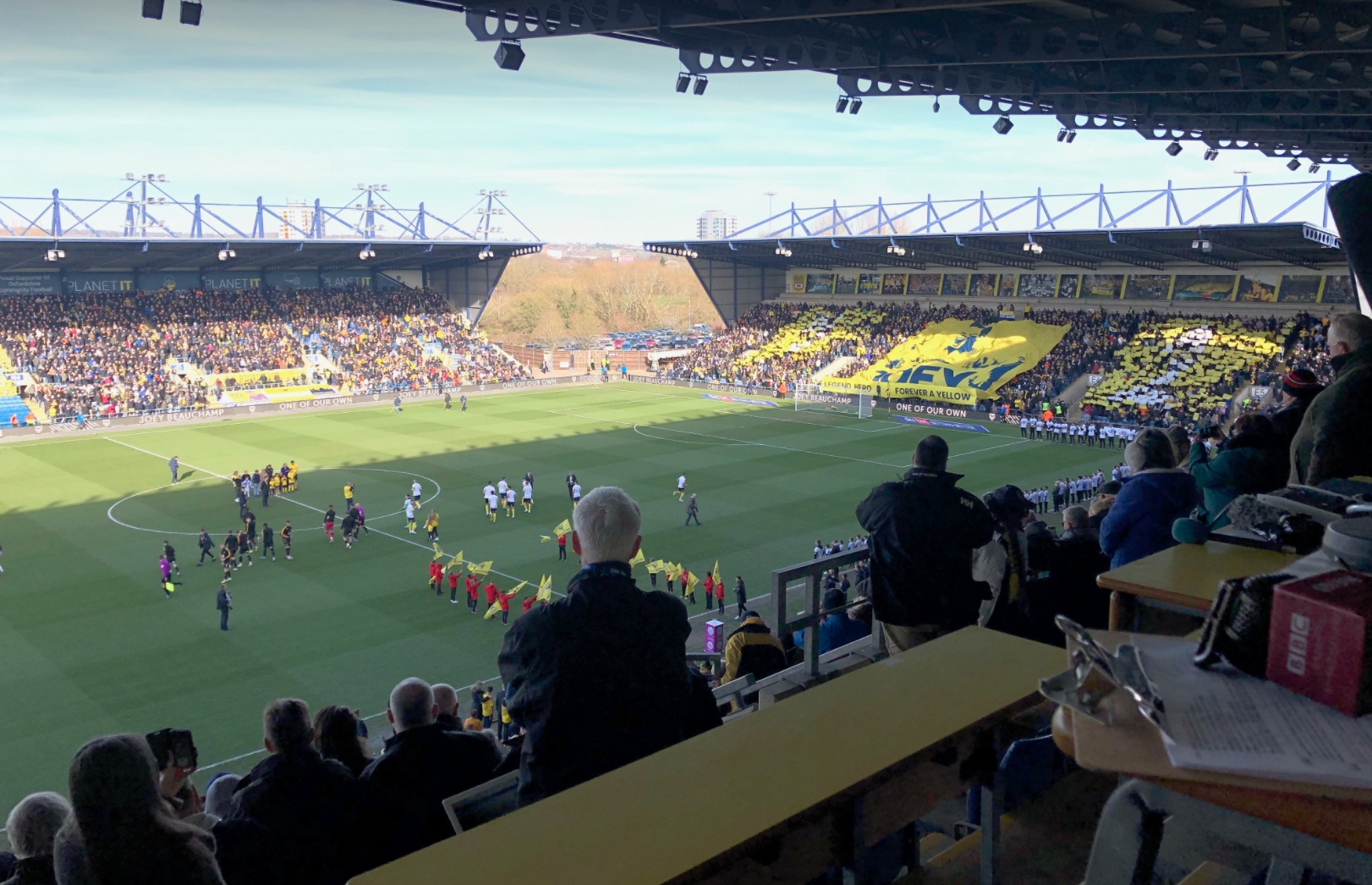 Oxford United’s return to form continued in earnest this week.  Wins across the board for the men’s and the women’s sides saw the club pay tribute to Joey Beauchamp in stunning style.

Tuesday night saw the men travel to bottom of the table Crewe Alexandra in a game that had been seen by some as an easy three points.  Those people couldn’t have been more wrong and Crewe put up a great fight.  The side in relegation trouble even managed to dominate possession but the Us did more with it, created more chances, and finished one on 64 minutes.  Ciaron Brown capitalised on the home side’s failure to clear and condemned them to a seventh consecutive defeat.

And so to Saturday and another performance to remember at the Kassam.  United played up to the crowd again in a crazy game against a visiting Cambridge side that looked better than their midtable form suggests. Oxford had to equalise twice in a feisty affair through Taylor and Brannagan as Sam Smith scored a brace for the visitors.  The Yellows were the dominant side though and a goal from Sam Baldock with 18 minutes to play set them on course for all three points before Brannagan made sure with his second in injury time.  The win sees them secure their spot in fourth for now at least with a three-point buffer over Sunderland in fifth.

The women weren’t to be left out this week.  After what has seemed like a torturous run of postponements, they hosted the Crawley Wasps and wrapped up a remarkable eighth consecutive league win.  Carly Johns opened the scoring inside 25 minutes before Beth Lumsden doubled the advantage.  The Wasps made it interesting by getting a goal before half-time but Daisy MacLachlan made sure that Oxford’s title charge would go on with the third on 73 minutes.  Next up is hosting QPR under the lights on Tuesday night.

The men travel to Portsmouth on Tuesday night and welcome Burton Albion to the Kassam on Saturday in a week that could see them up into second in the table if results go their way.

There were a series of truly spectacular tributes to the Oxford legend Joey Beauchamp before kick-off and the players on the pitch followed up with a spectacular 4-2 win at the Kassam.

Players, staff, and the entire youth set-up took to the pitch to pay tribute before kick-off and the stadium was in fine voice as everyone showed their appreciation for the legendary player.

That spectacular atmosphere was punctured though when former Oxford striker Sam Smith continued his ridiculous scoring run, poking home after a defensive mix-up to give Cambridge the lead.

The Us had dominated up to that point and didn’t panic after going behind.  A fine team move on the counter saw the familiar ending of Ryan Williams sweeping a ball into the box for captain Matty Taylor to sweep home.

So, 1-1 at half-time and coming out of the break the Yellows continued to dominate.  Cambridge hit them on the counter again though and Sam Smith finished calmly again for his seventeenth league goal of the season.

United refused to sit down though.  Cheered on by another home crowd that numbered more than ten thousand this time it was Sam Baldock who found Cameron Brannagan in the box.  His finish was emphatic and gave Oxford the all-important equaliser with 25 minutes still to play.

From then it seemed like a matter of when not if Oxford would find a winner.  The breakthrough would come on the 72-minute mark.  Matty Taylor turned provider this time, playing a low cross into the box for Sam Baldock to slam home brilliantly.

From then on Cambridge tried to come forward more but failed to create any real chances.  Cameron Brannagan made sure of the three points in injury time after a beautifully timed run and a finish into the corner to match.

So, Oxford United are secure in fourth before two big games next week.  If results go their way, they could even move ahead of MK Dons and Wigan above them into the automatic promotion places.