A letter from Lviv, Ukraine

Rostyslav Averchuk is an ex-Oxford student, finishing his PPE degree from Blackfriars Hall in 2014. He wrote to Cherwell to ask us to share this letter, written from the streets of Lviv. 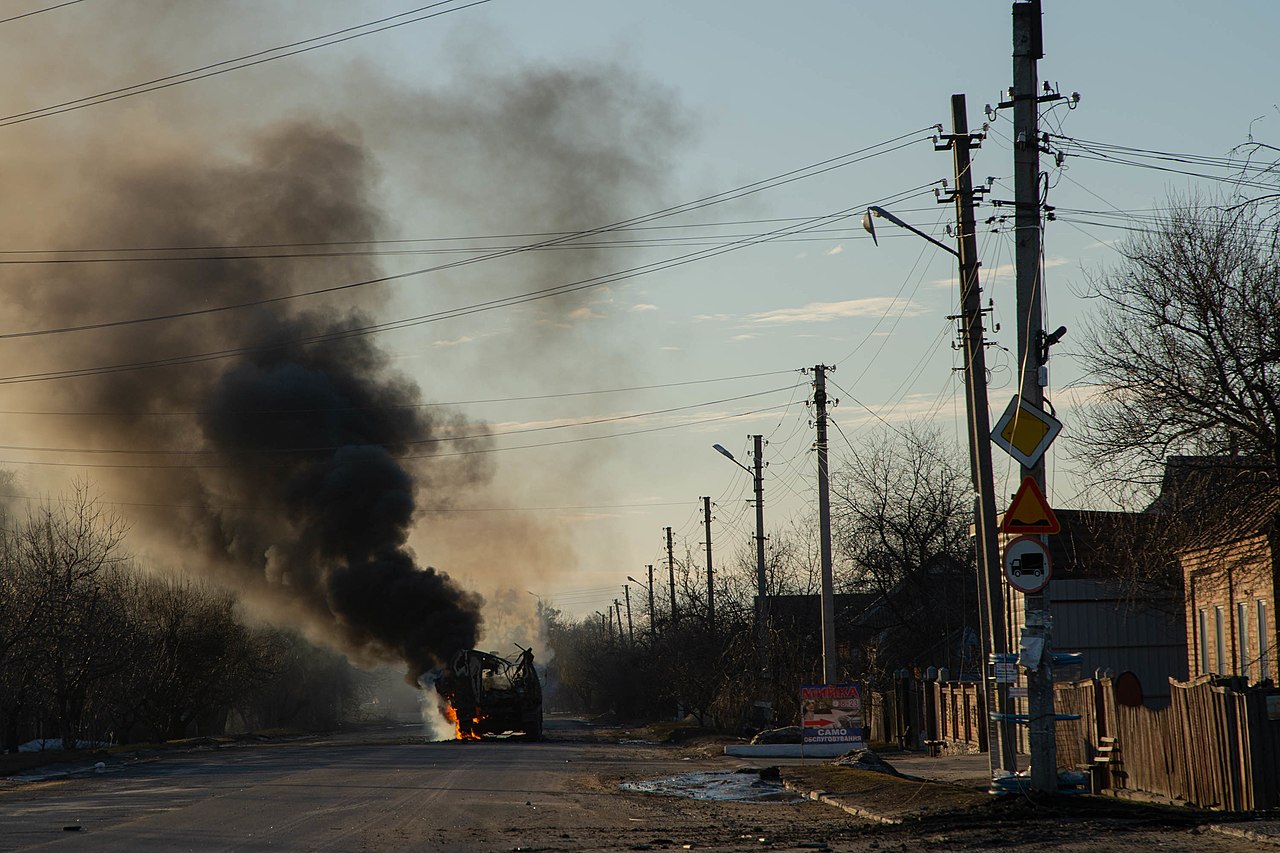 This article was written on the 26th of February.

As I am writing this, millions of people in Kyiv are bracing themselves for an imminent heavy air raid and rocket strikes by the Russian army. Underground stations and basements of high-rise buildings are filled with people. Some women are clutching their new-born babies.

This is the fourth night of the unprovoked, illogical invasion ordered by President Putin. Angered by the failure to capture even a single major Ukrainian city and by the heavy losses that his troops have suffered at the hands of Ukrainians, he is about to unleash all his hatred towards Ukraine and the ‘West’ on Ukraine’s capital.

So far, each moment of gloom and despair has always been followed by reports of unmatched courage and generosity by Ukrainians civilians and soldiers alike. Each and every night was supposed to be the decisive one, with Russian forces trying to encircle the city, topple our democratically elected government, and crush the opposition. Yet every morning has brought the news, ‘Kyiv is standing’. And so are Kharkiv, Kherson, Chernihiv.

I still have the relative luxury of staying in my home, with my family, in the western city of Lviv, about 300 miles away from Kyiv. Lviv has so far been spared from shelling and gunfights, yet air raid sirens blare a few times a day.

We knew the threat from Putin was serious, especially after his rambling speech finally revealed he was not a shrewd pragmatist but a dangerous, murderous lunatic. His troops fought in Ukraine, overtly and sometimes not so overtly, for eight years in Donbas. His propaganda has been dehumanizing Ukrainians. Yet a full-scale invasion, which began at 5am, still was a shock to many.

Soon, while the sense of disbelief was still there, it gave way to anger and resolute action.

On the first day of the invasion, there were long, yet orderly, lines at ATMs, shops and pharmacies. Then, other lines, even longer ones, appeared at military conscription centres and blood donation facilities. Thousands have turned up to form territorial defense units.

As usually happens in the times of danger, Ukrainians have managed to self-organise with lightning speed.

State logistics is under strain, so tens of Telegram channels sprung up with volunteers sharing their requests.

Some call for food, warm clothes, and mattresses for those, mainly children and women, who are escaping from the fighting in the east either to stay in Lviv or try to find shelter in neighboring countries. The very people that Russia claims to want to protect are fleeing from its army, as it is bringing only death and destruction under the guise of the ‘liberation’ promised by Putin.

Others call for help in supplying newly conscripted soldiers with necessary equipment. Still others offer their cars to help volunteers get to the front line. “Pravda” brewery is now producing Molotov cocktails.

Most requests are swiftly followed by updates informing that help is no longer needed. In just one hour, private enterprises in Lviv reportedly managed to provide the army with 120 trucks to transport the newly arrived weapons.

While volunteers keep working, another frenetic day is drawing to a close. It is past midnight, with curfew in place from 10pm to 6am. Police are patrolling empty cobblestone streets of a once multiethnic city. It witnessed generations of Ukrainians, Jews, Poles, Germans, and Armenians coexist (albeit not always in total harmony) under the rule of successive kingdoms, empires, and republics. Now the patrols are on the lookout for Russian saboteurs.

I am re-reading messages of support from friends all around the world. One of them writes that when he was in a similar situation, one of the things that kept him going was knowing that the rest of the world truly cares. I agree with him.

I am overwhelmed with pride in my brave compatriots. I know that when I wake up tomorrow, if I am able to sleep at all, I will find out yet again that ‘Kyiv is standing’.

I also hope to read that more help is coming.

Every day that Ukraine keeps fighting against its huge neighbor shows that Ukraine deserves to be supported in every possible way. Ukrainians share the same values with all those who want to live in a peaceful, free, democratic world as opposed to under violent, oppressive dictatorships. And they are being punished for this desire by a self-confident cynical murderer who believes that he foresaw every possible reaction by other countries that he views as meek and narrowly self-interested.

Democracies and autocracies all around the globe are watching closely at what happens next while Ukrainians are spilling their blood. Even unarmed Ukrainians are stopping Russian tanks and vehicles with bare hands because they know they are right.

We know that we will not be left alone.

Help is coming. Isn’t it?

You can find resources on how to help Ukraine here.