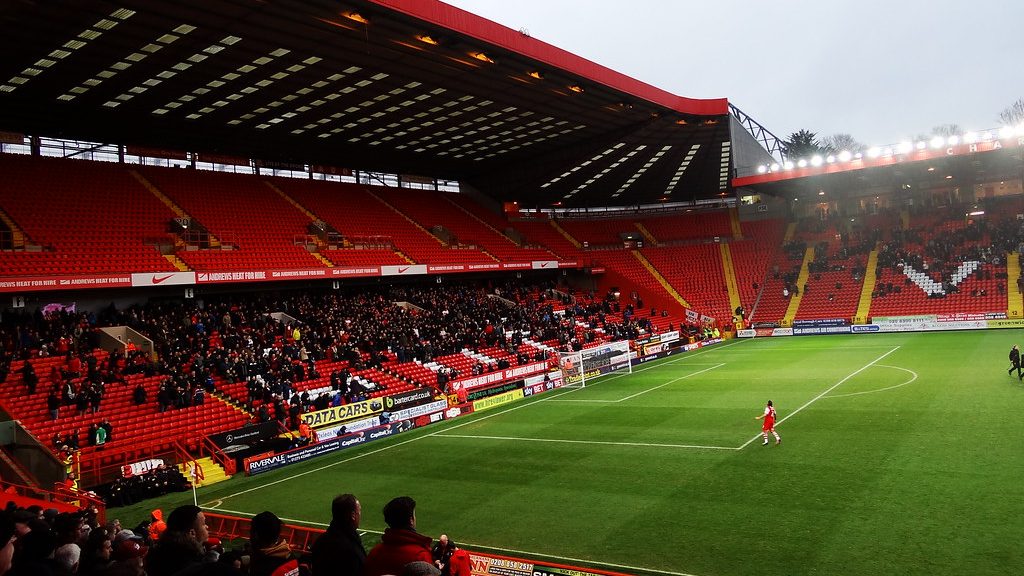 It was another up and down week for Oxford United. Results on the pitch were outstanding, but it ended on a sad note with the passing of club legend Joey Beauchamp on Saturday night.

The women were left disappointed as Storm Eunice wreaked havoc across the UK and led to the postponement of their game against Hounslow that had been set to take place on Wednesday night due to a waterlogged pitch. That was followed up by another league clash against Southampton on Sunday being pushed back, also due to the weather, and leaves the side looking ahead to potentially problematic fixture congestion as the season comes to a close.

The U-18s had a much better week and finished their season on Saturday morning with an emphatic win against Portsmouth.  Goals from Gaitlin O’Donkor, Anifowose, and a stunner from George Franklin sealed the 3-0 win and ensured that the U’s youngsters qualified for the Merit League as they finished in the top five. It has been a great end to the season for the young Yellows that has seen them lose just one of their last five.

The men needed a big result to bounce back from two consecutive defeats and boy did they get it.  A hugely impressive 4-0 win against Charlton at the Den sees them back up into fourth in the League One table. They’ll face a Crewe side rooted to the bottom of the table on Tuesday night before hosting Cambridge at home on Saturday.  The women are scheduled to welcome Crawley Wasps next Sunday but only time will tell if the weather holds up well enough for that game to go ahead.

The week closed on a sad note with the passing of Joey Beauchamp. The Oxford United legend passed away at the age of 50.  His 80 goals make him the fifth top goalscorer in Yellows history and his tally of 428 appearances is tenth on the club’s all-time list. In a statement published on the official website on Saturday, the club said, “The thoughts of everyone at Oxford United are with the family and friends of Joey Beauchamp who has passed away aged 50. The club will pay fitting tribute to one of its greatest ever players in due course but for now we ask fans to allow Joey’s family some privacy at this incredibly sad time.”

Two more goals from Matty Taylor and others from Baldock and Brannagan saw Oxford United to an emphatic four-goal victory at the Valley against Charlton Athletic as they rekindled their promotion push.

Karl Robinson signalled his intent with an extremely attacking line-up that saw an electric Sam Baldock make his debut upfront as well as wing-backs Sykes and Williams bombing forward alongside the back three.

The hosts started the more dominant but never really manage to threaten the Oxford goal. On 21 minutes, a great passing move started by McNaly run saw Matty Taylor with an inch of space on the right-hand side.  His finish past MacGillivray in the Charlton net was typically clinical and gave the Yellows a 1-0 lead.

The second came just seven minutes later.  Ryan Williams was the creator this time around – his cross was whipped in past centre-backs Care and Inniss for Taylor to smash home and add yet another goal to his tally of 16 for the season.

Things went from bad to worse for Charlton just past the hour mark when Sean Clare got into a scuffle with Taylor that saw him receive a straight red after the Oxford man was left on the floor. From then on in things were bound to be very difficult indeed for the hosts and they struggled to get hold of the ball for the remaining half an hour

It was until the 82nd minute that the cherry on top of the dream away performance arrived but it was well worth waiting for.  Cameron Brannagan smashed home an absolute thunderbolt into the top right corner and celebrated fittingly with the travelling fans in the away end.

The result marked a welcome return to form for the Us ahead of their trip to Crewe midweek. They are now back up to fourth in the table, well-positioned in the playoff hunt with MK Dons just four points away in third.