Oli Hall reports on five games from this week at Oxford United. 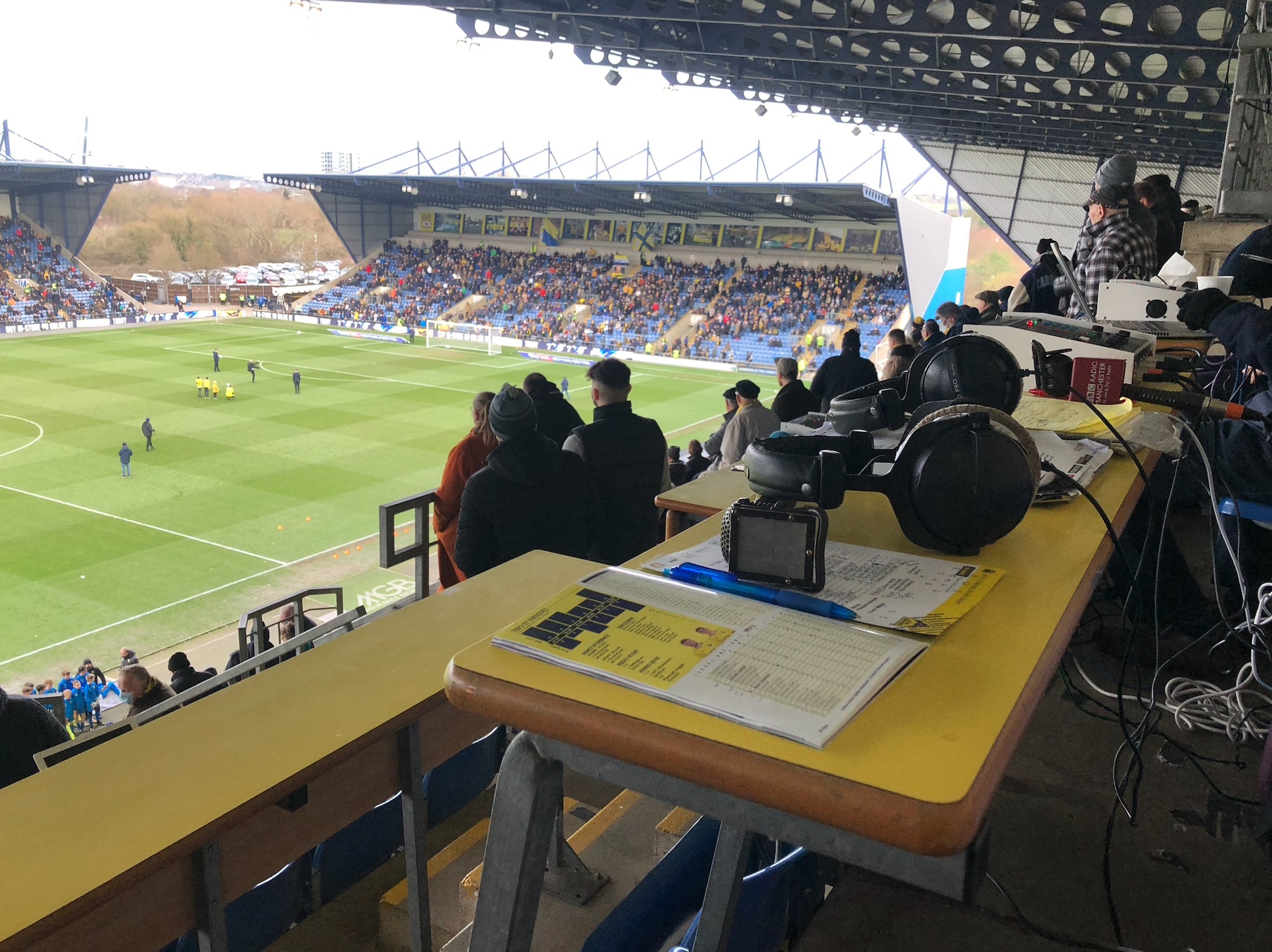 Another week, more drama at the Kassam for Oxford United.  The men’s team might have slumped to two disappointing defeats and now find themselves out of the playoff places but the women’s side bounced back from cup defeat and the U-18s secured an impressive victory over league leaders Bournemouth.

The week started full of optimism but that certainly took a hit at the Wham stadium under the lights on Tuesday night.  The U’s had hoped to bolster their promotion push but a goal from John O’Sullivan on 28 minutes made things difficult before Ethan Hamilton wrapped up the three points for Accrington in added time.

Ahead of the men’s game on Saturday morning, the U-18s won 2-1 against Youth Alliance league leaders Bournemouth.  Conditions were extremely tough but it was the Yellows who opened the scoring before half-time.  Bournemouth did get back into it with an equalizer after the break but Gatlin O’Donkor slotted home a penalty late on to blow the title race wide open.

More than 10,000 descended on the Kassam for the third time in a row and they saw an electric game.  The first half saw Oxford twice take the lead before being pegged back.  Things tightened up after the break but Bolton’s Amadou Bakayoko stole three points against the run of play with just a matter of minutes left on the clock.

The women’s side were looking to bounce back from their cup defeat last week and got off to the perfect start three minutes in through Beth Lumsden.  That lead would only last ten minutes but Daisy McLachlan headed home from the corner just after the hour mark and the Yellows held on for another three points.

So, the women’s side remains second in the table and now just two points off league leaders Ipswich with a game in hand.  They travel to Hounslow on Wednesday night as they look to continue their incredible run of league form.  Meanwhile, the men will look to bounce back from their back-to-back defeats when they travel to 14th-placed Charlton.

A Billy Bodin masterclass wasn’t enough for Oxford United as they slumped to back-to-back defeats in yet another dramatic game at the Kassam that was won in the dying moments by Bolton Wanderers.

The travelling fans sold out their end and were in great voice but Billy Bodin quickly silenced them.  He stepped up to take a free kick on the edge of the box and curled in brilliantly at the far post to continue his sensational run of form.

The lead didn’t last long though and after just thirty seconds Declan John, who was mightily impressive all afternoon, found himself with space on the overlap and slotted past Stevens.

Chances continued to present themselves for both sides and Brannagan nearly got himself on the scoresheet yet again but forced a stunning save from Bolton’s debuting goalkeeper James Trafford.

The U’s bounced back on 28 minutes.  Sensational free-flowing football saw Billy Bodin receive the ball from Gavin Whyte and work just enough space to get a shot away and catch out the Bolton keeper again, this time finding the bottom-left corner of the net.

This time the Yellows did manage to hold on for six minutes but after more brilliant attacking football the American full-back Marlon Fossey, on loan from Fulham, brought the ball down inside the box and curled a delightful effort past Stevens in the Oxford net.  He celebrated his first professional goal in acrobatic style in front of the travelling support.

The sides went in level at half-time and the second half saw a much tighter affair.  Oxford dominated but neither side was able to must the open style of the first 45 with breaks in play and yellow cards galore making things difficult.

The U’s had plenty of chances but took none and were made to pay four minutes from time.  Bolton hit back on the counter with Fossey down the right and a pin-point cross whipped into the box was swept home by Amadou Bakayoko to steal the three points at the death.

United had scrappy chances late on from a series of corners but couldn’t make the most of them and now find themselves out of the play-off places.  They travel to Charlton on Saturday and will look to climb back into the congested race for play-off places in League One.