Oliver Hall asks whether Balotelli might be just what Italy need 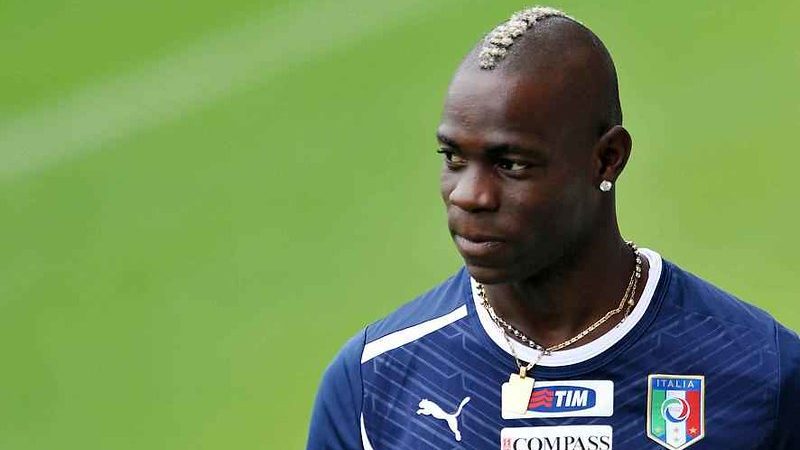 Few players in the recent history of European football have divided opinion quite like Mario Balotelli.  Few players have seen such euphoric highs followed so quickly by such dramatic lows.  Now though, with newly crowned European Champions Italy on the brink of missing out on World Cup qualification yet again, Roberto Mancini has turned to his old friend Mario: and it might just be the stroke of genius that saves the Azzurri.

At first glance, it seems hard to believe that Italy have found themselves in this position at all.  After winning the Euros on penalties at Wembley in July off the back of a tournament full of sensational performances, many predicted a return to the top table of world football after the embarrassment of missing out on the 2018 World Cup.

Things started well enough back in March with three back-to-back comfortable 2-0 wins over Northern Ireland, Bulgaria, and Lithuania.  At that point, very few would have guessed that they would win just one more of their remaining five games (an emphatic 5-0 demolition of Lithuania).  As it turned out though, the Euros hangover was real and after draws to Bulgaria and Switzerland, a 0-0 on the final day of qualification in Belfast was the perfect demonstration of every going wrong with Italy.  A period of games littered with penalty misses, goalkeeping errors, lack of leadership, and above all a lack of goals has left Mancini facing two rounds of play-offs, first against North Macedonia but then a crunch game with Cristiano Ronaldo’s Portugal.

It is notable that on the whole, the notoriously impatient and brutal Italian Tiffossi have yet to turn on boss Mancini.  His Euros success was so unexpected and admired that his experienced hand has so far been trusted to dig his side out of the hole they are in without calls for him to go.  This is perhaps why he has been able to make such controversial decisions, such as recalling Mario Balotelli to the national team set-up for the first time since 2018.

The striker was once seen as one of the most promising young talents in world football.  He exploded onto the scene at Inter in 2008/09, scoring eight Serie A goals in 22 games in his first full season as a professional.  He left the Italian giants in the summer of 2010 after amassing 86 total appearances and winning five trophies, including a historic treble under Jose Mourinho.  His €29.5 million move to join the Manchester City project at the Etihad was viewed as the biggest statement of intent so far from the new owners and he continued to enjoy success with six league goals in his first season and a total of 21 in all competitions over the course of his three years at the club.  He was a key member of the squad that brought City the FA Cup and their first Premier League title with his pass to Sergio Aguero for the Argentine’s last-minute winner in 2013 one of only three assists Balotelli ever made in sky blue.

Controversy followed the Italian wherever he went.  He was famed for stories of training ground bust-ups, setting off fireworks in bathrooms, and genera, craziness.  Whilst the goals and performances kept coming though, no one seemed to care.

With the national team, things were only getting better and better for the striker.  Euro 2012, when Italy eventually lost in the final to Spain, saw Balotelli win the golden boot and a place in the team of the tournament.  Most famous of all were his two goals in the semi-final against Germany that instantly became a part of Italian footballing folklore.

A successful 2012-13 season on the other side of Milan followed when he made the Serie A team of the season and netted 14 league goals.  It was in 2014 that the decline really began.  After a disastrous world cup campaign that saw Italy exit in the group stages alongside England, things seem to begin to fall apart.  It was in fact against England in Brazil that Balotelli scored his most recent international goal.

A sorry spell at Liverpool, where he scored just four times in 28 games, was followed by a brief renaissance in Nice before a falling out with head coach Patrick Vieira proved the catalyst for a monumental decline and seasons playing in Serie B for both Brescia and Monza.

This summer though, Balotelli was bold.  He turned down the money-filled prospect of a move to Qatar in favour of Adana Demispor.  There he has proved somewhat of a revelation, helping the newly promoted club to fourth place in the league, getting in amongst the goals but perhaps most surprisingly being labelled “the hardest working player on the team” by his manager.

Maybe then, things have finally changed.  At 36, Balotelli is unlikely to ever again establish himself for good in the national team setup but right now might just be exactly what they need.  A desperate lack of attacking players, owing to injuries and dips in form, have seen Mancini do what most would have thought unthinkable six months ago and recall Balotelli to the squad.  What happens next remains to be seen but one thing is for sure, an in-form motivated Mario Balotelli with a point to prove will be a terrifying prospect for anyone who faces him.