Uma Gurav reflects on the time she spent at the Casa Maga Performing Arts Academy in Costa Rica, and the importance of an education in the arts. 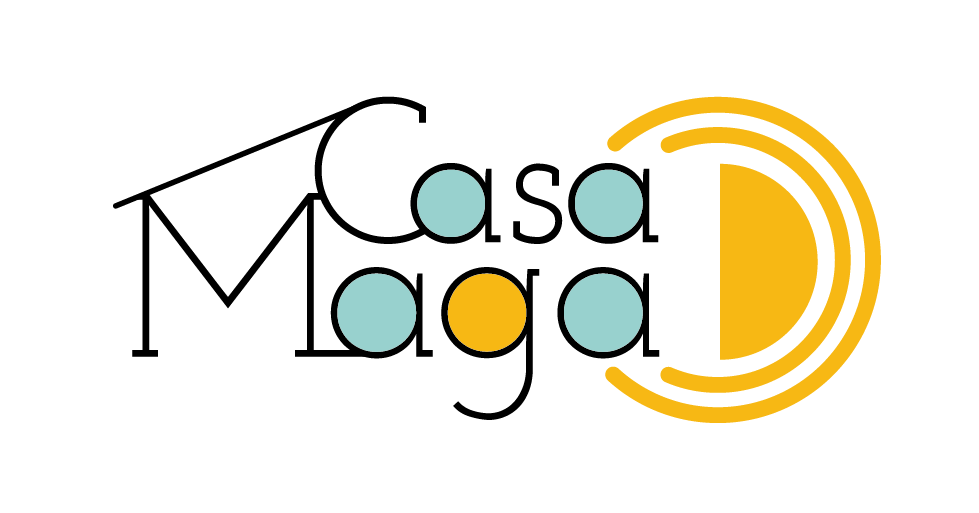 In 1936, a woman named Margarita was born on the beautiful shores of Costa Rica. Affectionately called ‘Maga’ by all who knew her, she was a remarkable woman of her time. She was part of a generation of women whose access to secondary and higher education was often restricted. But, as her granddaughter Laura Montero tells me, Maga was smart, creative, generous and she had a deep enthusiasm for the pursuit of knowledge. But Maga’s family were forced to take the decision that only one of the three daughters of the family could continue with their formal education; thus Maga had to give up her role as a teacher and began to take care of her family home instead. Yet it became clear that nothing could suppress her love of learning and her passion for the development of life skills – a passion that shines through in her granddaughter. Maga taught herself all manner of things and her home was constantly flooded by visitors in awe of her wisdom who wished to share her insight. As her granddaughter tells me: “Life tried to cut her wings – but she found a way to fly on her own.”

Maga passed away in April last year due to a rare illness called progressive supranuclear palsy, leaving behind a loving family including her devoted husband and adoring granddaughter, Laura. The most important thing Maga gave to Laura was her sense of creativity and her desire to express herself so to honour her memory, Laura founded the Casa Maga Performing Arts Academy. She tells me that Maga used to take care of her while her own mother was away at work, turning their home into an educational environment that was safe and exciting. Laura says she has always believed in giving a voice to those who have been silenced by pressures in society. When I asked what drove her to found the Academy, she told me: “I wanted to build what I had, for others.”

Since the Academy was founded, it has flourished, taking in students from the age of just 6 and delivering a range of classes in disciplines like acting, singing, dance and public speaking. The younger students even started creating short films as Laura was keen to introduce the students to what life could be like behind the camera as well as in front of it. The pandemic put a marked strain on arts industries across the world – Costa Rica as a nation was also hit hard by the effects of coronavirus. When the pandemic began, Laura tells me how all their classes moved online, providing great solace to all the students of the Academy and allowing their creative education to continue. The British arts industry came under extreme strain during the pandemic, reaching crisis point last year as even venues like the Old Vic and the Royal Albert Hall warned that they were close to collapse. Costa Rican art is centred predominantly around the private sector – consequently, Laura tells me how the last few years have threatened to take a serious toll on the development of theatre, film and culture. But Laura was adamant that Casa Maga would continue to support its students no matter what happened.

This is only the beginning: Laura has an exciting new project in the pipelines for the Academy. She has a vision to create a children’s television programme that will teach children those life skills that her grandmother took such great pains to pass on to her. She is a firm believer that there are some things that children just cannot learn in the classroom and wants to educate children about the environment, neuroscience, the world of finance and the pressures of the creative industry. The arts industry in Costa Rica is still a limited one. For young aspiring actors, directors or production workers, opportunities to thrive in the industry are hard to come by.

I spent the summer giving workshops to the exceptionally talented 6-14 year old students of Casa Maga as well as working with Laura to write and produce their television show. The show will focus on the raising of environmental awareness, nurturing emotional intelligence, demystifying the economy and finally, will include a short film section which will underline the importance of performing arts while showcasing the talent of the actors and actresses at Casa Maga Academy, all against the backdrop of the beautiful and varied scenery of Costa Rica.

The name ‘Costa Rica’ literally translates as ‘Rich Coast’ and even my short, remote, time spent with the Academy made it clear that the nation’s culture is rich indeed. The Costa Rican story is one of growing resilience, creativity and an outstanding ecological awareness: Laura deeply believes that this is a story that deserves telling. One of the most striking things that Laura made sure to tell me as soon as we began working together was that Costa Rica does not have a national army, and has not had one since 1948. The decision to abolish the armed forces was symbolic of a commitment made to education by redirecting resources to the cultivation of a vibrant culture which now permeates every area of national life. The nation boasts a thriving public health sector, breathtaking ecological variety and a deep commitment to the environment, reflected in the government’s admirable goal to be the first country in the world to achieve total decarbonization. Nor is the scope of Costa Rican vision limited to developments on home soil: earlier this year, a bill was passed by Congress which signalled the creation of a national Space Agency.

But Laura is also clear that for all its beauty, the shores of Costa Rica are marred by great atrocity and tragedy. The high femicide and child violence rates in the country are shocking, and Laura tells me how it is unthinkable that a woman of any age should walk anywhere outside by herself after darkness falls. I asked Laura what it was like to be a woman who had chosen to pursue a career in the arts industry in Costa Rica. She told me about the various difficulties she has had to face, such as dealing with a consistent gender pay gap throughout her career. In her words: “I have to be brave, strong, and I have to have resilience”.

We talked at great length about how these kinds of issues impact the lives of Costa Ricans, and how she hopes that change might be made so that the lives of the children at Casa Maga might not always be so affected by such concerns. The television series, in addition to all that it can contribute to the arts in the country, also hopes to bring attention to Costa Rica on the global stage so that these issues can be recognised and tackled with greater urgency.

As Laura first explained her educational vision for the television show to me, I could not help but think of Blue Peter and Horrible Histories and Dora the Explorer and all those shows I had watched as a child which taught me so much in my formative years which genuinely contributed to how I learn as an adult. A successful television show has the power to stay with one for a long time – they can teach us so much, make us laugh, cry and want to run outside and discover new places – and this is what drew me to working alongside Laura and Casa Maga in the first place.

What inspired me most about the children of Casa Maga was their raw love of learning that I have to admit, guiltily, I often lose sight of amidst the stress of deadlines and essay crises. For the students I was working with, Oxford was a magical place about which they had heard amazing things. I held a Q&A session with them about Oxford life, and they were brimming with questions about the things that fascinated us all as youngsters, but that seem to lose their wonder once they become part of our everyday lives: what was it like to work in a library? Did I get to stay up late at university? What was my favourite part of Oxford? Why did I like rowing? How much work did I have? Did I have any time left to have fun?

Their excitement reminded me of how I felt, almost three years ago, bristling with anticipation, nerves and wonder as I wheeled my suitcases over the Wadham threshold for the first time. Towards the end of the internship, one of the 10-year-old students proudly told me how her lifelong dream was to apply to Oxford and come and study here to experience the wonder of the libraries and the late-nights for herself. For all that I taught the children of Casa Maga, they taught me something just as important, if not more so: a passion for learning is a gift to be treasured.

We must not lose sight of the value of involvement and investment in the arts, particularly in a culture which still too-frequently dismisses the sector as one of secondary importance. How often are subjects scorned as ‘soft’ subjects simply because they do not seem to facilitate a straightforward career path? What Laura understands is the way in which a creative education enhances a student and better equips them for whatever line of work they decide to pursue. She says of her work at Casa Maga: “We have planted the seed for creative leaders. I want to see that the kids and teenagers that are here now, in the future, will be creative and sensitive leaders in whatever they do.”

Most importantly, Casa Maga will continue to bear testament to the memory of the intelligence, creativity and kindness of the beloved Maga – a woman who would not give up on her passion for knowledge no matter what the world threw at her. Maga was a remarkable woman with a remarkable legacy, and as Laura tells me: “Her spirit will live through me, and through Casa Maga.”