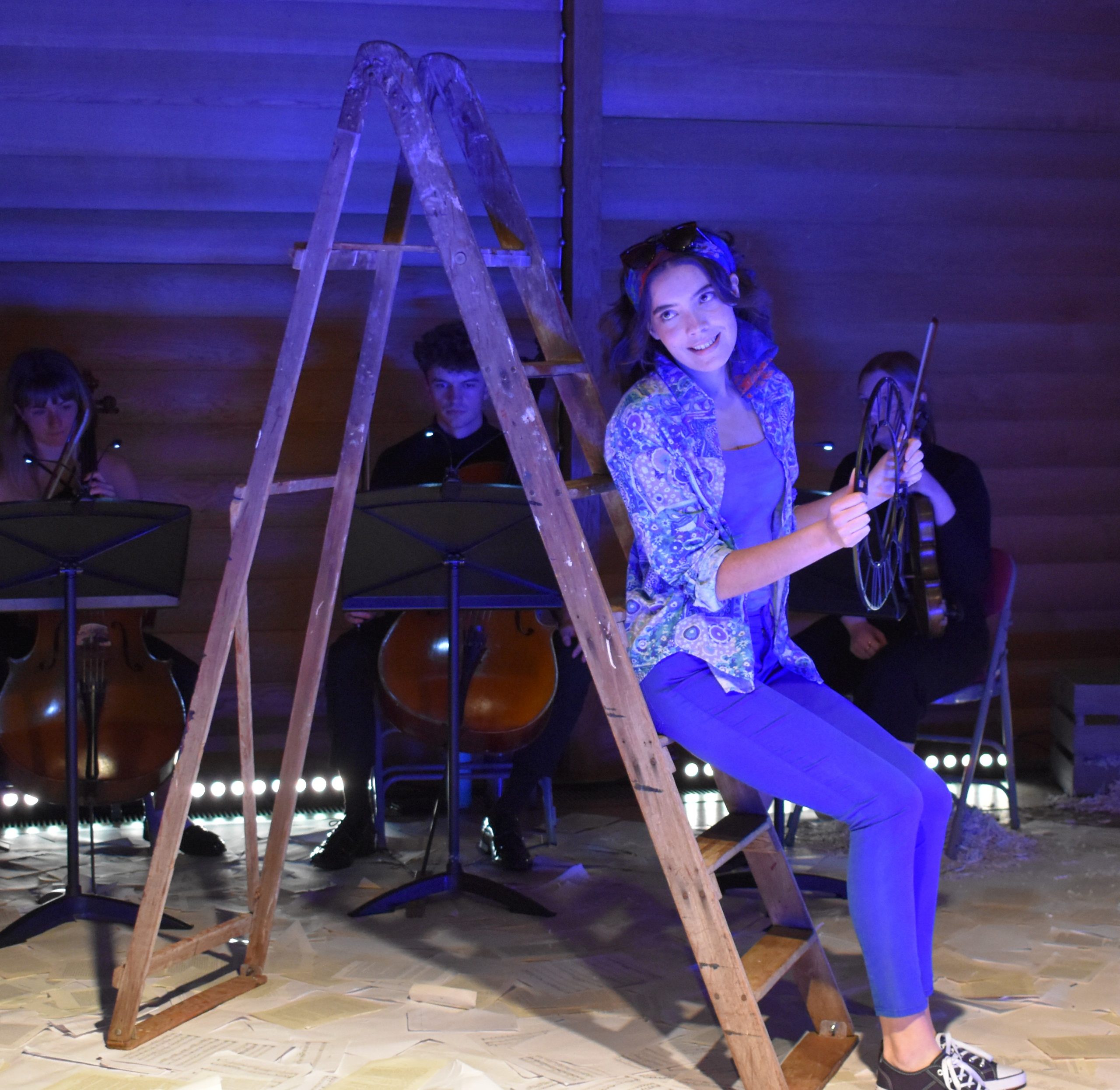 Eglesfield Musical Society brought to life the musical hit The Last Five Years at The Queen’s College on the 4th-6th of November. Written and composed by Jason Robert Brown, The Last Five Years is the story of Jamie, a rising novelist, and Cathy, an aspiring actress. As well as telling the story of the forming of a relationship and its subsequent breakdown, The Last Five Years is also centred around the theme of artistic struggle. Exploring what it means to be a person striving to be in the creative arts, the decision from EMS to do this show was perfectly timed as the arts sector begins to recover from the effects of the last few years.

As a show with only two characters, the use of four actors in this production was truly innovative. It was able to showcase their talent in the best possible way, highlighting the actors’ strengths while elevating the characters to a level above how they have been traditionally interpreted on stage. The casting was excellent: Harriet Nokes and Grace De Souza took on the role of Cathy, perfectly paired alongside Cormac Diamond and Dec Foster as Jamie. The storytelling of The Last Five Years means that it faces the risk of being confusing for the audience: Jamie tells his story chronologically whilst Cathy tells hers in reverse. This is why having such a strong cast was so important. By casting two actors as the same character, the opportunity was presented for the performers to bring a unique spark to the character whilst maintaining that they were ultimately the same person, even down to the smallest of mannerisms.

The sheer intensity of the show means that it is often vocally challenging, and in some moments, voices were strained. However, the visible presence of the band on stage made such a beautiful expression of music central to the production. The space on stage was therefore small, but at no time felt overly confined. The stage floor was scattered with torn book pages and lighting choices were fairly stripped back but were key for determining the mood of the scene. The use of set and props were certainly creative, the most memorable being how a story was told with a clock, and later used as a driving wheel – perhaps from this we can coin the term “clockography”.

There were whimsical moments that went further to adding to the characters’ likeability. The silliness of some scenes was warmly embraced, meaning that the audience could laugh along at ease. These snippets were carefully balanced in such an emotionally intense show, and it was clear that almost every execution of direction was meaningful. The director, Ollie Khurshid, told Cherwell: “Vocally and emotionally it’s hard. It’s quite hard to get it right, tonally, as well. It was a bit of a risk. And it was a risk to do something new with the casting. Changing any classic show is risky but that’s what makes people sit up in their chairs, it makes them reconsider what they are watching. Hopefully the risks paid off.”

I firmly believe that it was this risk taken that elevated the show to a level that is entirely unique. Captivating the audience’s attention throughout, this production revelled in the most magical aspects of live theatre. And oh, how marvellous it was to return to the passionate world of student theatre!

The meaning behind the show was at the forefront of Khurshid’s direction. Speaking to Cherwell, he emphasised just how this choice in production related to some themes of the pandemic: “It strikes me in particular how isolated the characters are in the show – all but two of the songs are effectively solo numbers. Moments of connection are rare, and what the show offers its audience is this mosaic of fragmented snapshots of Cathy and Jamie. It was this aspect of the show I wanted to play with in particular, splitting each character in two and juxtaposing these pieces of their story in new ways. So, this new staging, I hope, might encourage our audience to consider a little more what exactly they are watching, who’s story is being told, and how we compromise and negotiate our identity with ourselves and others. Perhaps that’s an interesting discussion to be having after this last year.”

This production was a masterpiece in the art of storytelling, setting a strong precedent the bright future of student theatre that will emerge out of the pandemic.