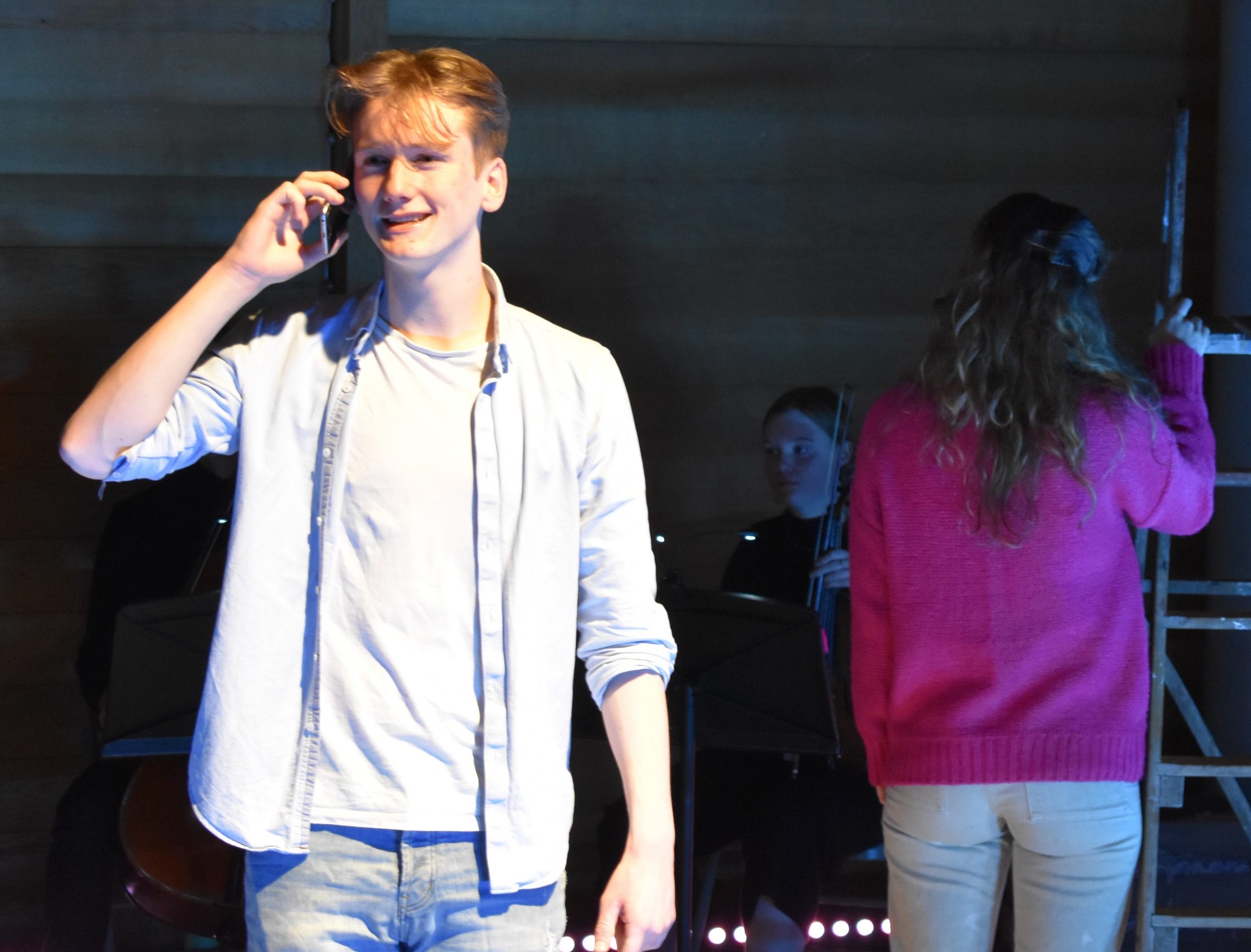 Since its premiere at the Northlight Theatre, Chicago, in 2001, The Last Five Years by Jason Robert Brown has been reproduced at countless theatres across the globe. Its timeless exploration of love, lust, longing and heartache has never ceased to entice theatre troupes and the depth reached by Brown in his one hour and a half script is the stuff of actor’s dreams.  Perhaps this draw has assisted to the play being as popular as when it first came out, twenty years ago. The play tells the story of the failed marriage of Jamie (Dec Foster and Cormac Diamond) and Cathy (Harriet Nokes and Grace de Souza). Cathy is an actor persistently struggling in her career, and Jamie is a successful writer.

“It can feel daunting to perform a piece that some people are familiar with and probably have their favourite performances of, but that is also why it is so exciting to be able to bring a new take on it. The harmonies and staging Ollie and Isaac have created are beautiful and I can’t wait for people to hear and see them.” – Grace de Souza (Cathy).

It is a poignant exploration of how couples in failing marriages perpetually struggle to see eye to eye and are so often operating, portrayed quite literally here, on differing temporal planes. Those familiar with the play will know that Cathy’s story, counter to that of Jamie, is told in reverse chronological order, the only moment in which they “meet in the middle” so to speak, is in the proposal/wedding scene after which Cathy moves backwards in time and Jamie moves forward (The Next Ten Minutes). This discontinuity is all the more emphasised by the director’s decision to use two actors for each role. Nokes portraying Cathy after the wedding and de Souza before, Foster as Jamie before the wedding and Diamond after.

The musical is organised by The Eglesfield Musical Society, with Ollie Khurshid as director and Isaac Adni as Musical Director. Through this creative collaboration a truly invigorating slant has been put on a well-known and arguably over performed play. When it comes to bittersweet, tragic romance, theatre often only seems to go so far and foster limited directions. Here, however, in the intimate Shulman Auditorium, we are left feeling so deeply connected to these characters. On more than a few occasions we find ourselves almost grieving alongside the characters – special mention to Diamond’s If I Didn’t Believe In You and de Souza’s I Can Do Better Than That.

“I love how The Last Five Years is a small, intimate show: musically we’re leaning into this by doing it without mics and this helps foster collaboration between all the musicians and singers (to quote Jason Robert Brown himself: ‘it’s chamber music’). It was also great fun writing harmonies for the moments in the show where we’ve decided to add them. Finally, it’s been so fun learning and playing the (difficult but extremely well-written) piano part. – Isaac Adni (Musical Director).

Throughout the performance we realise the removal of the characters from each other and even from themselves, as emphasized by the shared roles. And yet, despite sometimes almost moving us to tears, we still laughed, (I must give immense credit here to Foster’s wonderful rendition of The Schmuel Song) we cried and we longed alongside Cathy and Jamie. The skill of Foster and de Souza to make us feel, despite our best knowledge, that these two might somehow merge their stories and find hope with one another is commendable to say the least.

It is always, of course, very daunting to be one of the first shows of the academic year in Oxford, and this always inevitably gives the rehearsal process a tight turnaround. To combat this, the cast were given the score very early on and the actors have been wholeheartedly working on this piece since the summer. This really came through as the connectedness between the cast and crew is evident throughout the performance. The vocal and emotional ranges of the actors is deeply impressive and through both song and dialogue the chemistry is plain to see. I must here celebrate the on-stage presences of both Nokes and Foster, who gave us some truly memorable emotive moments.

“Thanks to the nature of the show and its songs, we all had a lot of one-to-one time to work with Ollie and Isaac on our individual characterizations, which I think comes out in really complementary way, that still highlights the best in all of us as performers. A little later on in the process, we then brought it all together and seeing what each of us had managed to bring to the roles in our own time was a really cool thing to bounce off and add new ideas into what was already there. I think that’s how you feel when you watch the show too – between each song, the two halves, and especially in the biggest moments when those two versions of the same characters are juxtaposed. It’s been a massively rewarding show to be a part of.” – Cormac Diamond (Jamie).

I also salute the musical ensemble who gave a truly stellar performance, each performer was on top form and supported the cast in the best way possible. Indeed, this performance goes to show that a small crew is often best, as all aspects of this piece have served to complement one another. I take this opportunity to also celebrate the work of Daniel Dipper and Abigail Wallace who did an incredible job at bringing Ollie’s visions for set and lighting design to life. The lighting followed a colour scheme that distinguished Cathy and Jamie throughout, further emphasising the distinctions between them. The props, which although few, were well chosen and poignant. The single ladder, specifically, cleverly played up the power dynamics in the piece by crafting levels. The discarded scripts, book pages and scores scattered across the stage floor were a nice touch and a welcome accent on the play’s underlying themes.

“Working on this show has been such a privilege – it’s a show all four of us have dreamed of being in for a long time, and so we all jumped at the opportunity! I think what makes the show work is the melodies – Jason Robert Brown weaves them beautifully into the music, and takes motifs from all sorts of places, and inserts them elsewhere. This ultimately allows us as actors to notice where they’re the same, or where they’re different, and why this is!” – Dec Foster (Jamie).

The moments in which all four actors are on stage really showcase their collaborative talents,– perfectly synopsising the tension between the characters and within themselves, and taking note of our ever-present need for compromise and acceptance of who we are, and who our partners are. Diamond’s perfect rendition of If I Didn’t Believe In You is a perfect instance of this performance paying homage to these challenges and embracing the emotional density of this timeless script.

“The rehearsal process has been a lot of fun; the best part of Oxford drama is the people and it has been really lovely getting to know the team involved. We had the score for a lot of the summer so were able to learn it enough to make the first rehearsals really productive, and then in the last couple of weeks we’ve had a lot more group rehearsals.” – Grace de Souza (Cathy).

On the whole, it is the tender moments in this play coupled with moments of pure intensity which made this production golden. Although mostly told through song, this play never fails in its purpose to tell a story and provide multiple explanations for the breakdown of a marriage.

A huge well done to all involved – a performance like this definitely deserves a longer run time. It seems an optimistic future for Oxford theatre – a final thought, however, is that I would appreciate seeing a wider participation from the global majority, to combat the underlying diversity issues that run deep in student theatre. 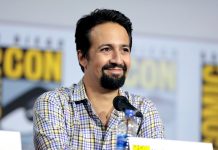 The rise, fall, and ambiguous resurgence of Lin-Manuel Miranda