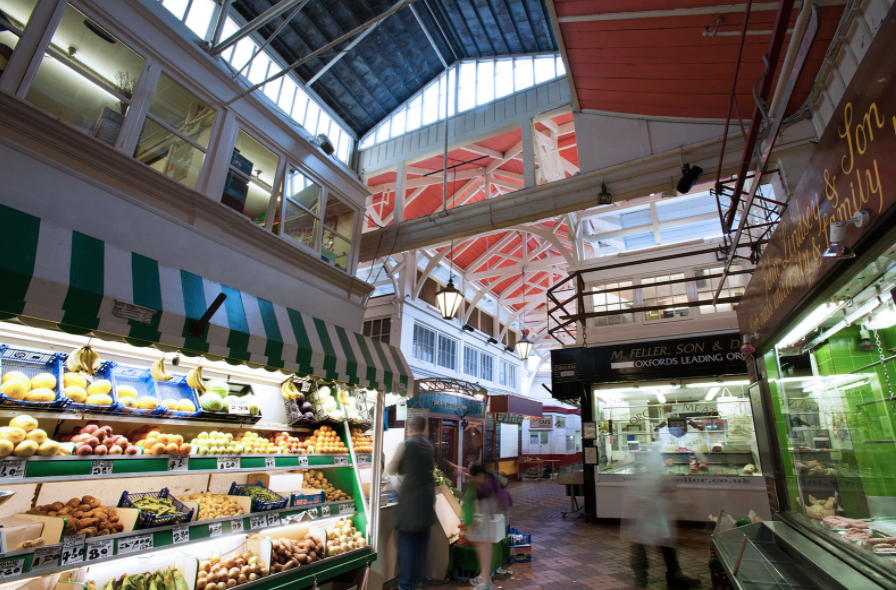 “If you could talk, old building, what would you tell us, what would you say of the things you have seen?’ reads the opening quote for the Covered Market’s new website addition in which visitors can access a short history of the market.

The Oxford City council commissioned the Oxford-based multimedia artist Charlie Henry to create an interactive installation which voices stories from both visitors of the market and those who work there. The installation was in place on the 16 and 17 October.

Last weekend was the un-covered market launch weekend; a pop-up recording booth was set up in which members of the public could offer their own memories and personal stories of experiences in the market. These audio recordings are being collated into a new Covered Market oral history archive which will be accessible for future generations. A drop-in poetry workshop was also put on for the public. Poetry formed an important part of the audio with poetry from local artists, including Barney Norris, Naomi Poole and Carl Tomlinson.

The audio tour combines a mixture of sound recordings, poetry snippets, and a series of overheard conversations. The audio tour describes itself in the intro as “a process of mindfulness” which gives people permission to notice ‘unseen details’ of the market, often pausing for moments of listening and encouragements to look up to notice the ceiling.

The voiceovers for the tour are provided by Charlie Henry, the creator of the audio installation, and Dexter Woodley, who works at Bonners, a family run business which supplies locally sourced fruit and vegetables.

The tour highlights historical moments experienced in the Covered Market; it notes that the market remained open during World War Two and was a ‘vital resource for the community’, providing food, clothing and other essentials. The audio likens the vitality of the market during the war to the recent times of the Covid Pandemic in which the market was able to provide food to locals when supermarket shelves were bare.

Most of the permanent stalls are independent, family run businesses which trace back for generations. The market dates back to the 1770s and has provided Oxford locals with fresh produce, clothing and crafts since. It was originally established after the Oxford Improvement Act of 1771 to better the ‘untidy, messy and unsavoury stalls’ located on the main streets in central Oxford. It is considered by town and gown alike as part of the heart of the city centre and has also been visited by Prince Charles and the Duchess of Cornwall in May 2017 receiving “the Royal seal of approval.”

Leader of the Oxford City Council, councillor Susan Brown, said: “Charlie Henry’s audio art installation brings our beloved covered market alive. This is a fantastic opportunity to hear more about the market and for members of the public and market traders to contribute their own accounts of using the market.”

Funding for the audio tour was supported by the Oxford City Council and The Museum of Oxford.

To begin the audio tour, enter the market from the High Street, Avenue 2 and use this link to access the 15 minute tour: www.oxfordcoveredmarket.com/theuncoveredmarket