Cherwell can reveal that complaints have been made to the Disciplinary Committee against the President of the Oxford University Conservative Association, accusing them of financial misconduct and abusive behaviour towards other officers. They are also accused of violating a number of terms in the rules of the Association, including those that govern threatening to bring disrepute to the society, failure to fulfil duties of office, and abusive behaviour towards other officeholders attempting to fulfil their duties.

The complaint alleges that the President made eight unauthorised transactions on the Conservative Association’s debit card between July 23rd and April 17th, totalling £76.50.

The complaint claims that the President “attempted to downplay the severity of his actions” by saying that he reimbursed the account “as soon as he was made aware of the payments he had made”. According to an audio recording submitted as evidence, after being asked when the money was paid back, the President said it was only repaid after the Treasurer saw the account’s bank statements. The complainant says that because the bank statements were not received until after the Association’s 0th week Council, “the President was not telling the truth”.

The documents claim that the President tried to “justify his mistake” by saying that they taps their wallet to complete contactless payments. He is alleged to have said this during the 2nd week Council meeting. The complainant said that although this “may not have been done with malicious intent”, that did not excuse the matter since the President could have removed the Association’s debit card to prevent accidental contactless transactions.

Following the claims of financial misconduct, the complainant goes on to describe behaviour by the President that they describe as “abusive”. Part of the document is dedicated to the election of the non-executive officer roles at the start of Michalemas term. Members were invited to elect officers to the role, and when a candidate that the complainant claims the President favoured was not elected, they began “raising his voice and shouting across council in a very intimidating manner that he was incredibly ashamed of the committee for how they had voted, that the way they voted was unacceptable and that there is no choice for him but to keep bringing the motion back every single week this term until he gets his way.”

The complainant goes on to suggest that “Following this council meeting, I received multiple screenshots from people receiving messages from [the President] demanding to know who they voted for”. Cherwell has seen messages that appear to corroborate this claim, as well as messages that appear to threaten the complainant prior to the election. The complainant suggested that this particular set of events demonstrated misconduct under parts of the society’s section 5(1)(a), a set of terms governing disciplinary misconduct that includes behaviour that might bring the society into disrepute, failure to fulfil duties of office, breach of the University’s Integrated Equality and Diversity Policy, and abusive behaviour towards other officeholders.

Furthermore, the complaint alleges that the President showed “appalling disorganisation”, which led to events including the Fresher’s Drinks and a Wine, Cheese and Poker social being postponed. It says that the President’s “negligent behaviour” was “incredibly embarrassing for the Association”. One incident cited took place in first week, when the location of a speaker event with Colonel Richard Kemp CBE “kept changing right until the last meeting”, leading to confusion of whether it would take place on the main-site of Exeter College or in Cohen Quad, and a low turnout of attendees.

The full findings of the disciplinary procedures will be released next week.

The President was approached for comment, but declined due to OUCA rules preventing committee members from speaking to the press. 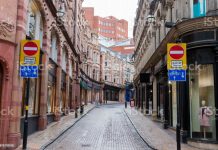 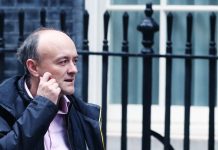 Dominic Cummings and his Whitehall Weirdos 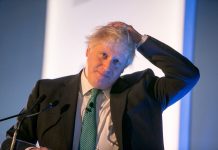 Opinion – Hypocrisy in our Democracy: Why We Must Hold the Tories to Account