When I first wrote about the upcoming German general election six months ago, the race for Germany’s most important political office looked very different from what it does now, hours away from election day. Annalena Baerbock’s Green Party has not managed to keep up its initial momentum, Merkel’s conservative CDU under Armin Laschet has lost even more popularity than was thought possible, and the Social Democrats lead by Olaf Scholz (SPD), then so irrelevant that I didn’t even bother to mention them in my previous article, are now leading in the polls.

A week from the election it is still unclear who will govern Germany for the coming four years. Firstly, unlike in the UK, the government will consist of a two- or perhaps a three-party coalition, which theoretically means that the three leading parties, the Greens, the Conservatives, and the Social Democrats could lead the country together through the next four years. As for the Chancellor, it will most likely be the leader of the most prominent party in parliament after the election.

With this in mind, let’s look at the candidates proposed by the three leading parties, and in what direction they will try to steer Germany after Merkel leaves. Starting at the top of the race is the centre-left Social Democrat Olaf Scholz running for the (SPD), “winner” of the final TV debate, who is well-acquainted with the chancellery and with the art of governing more generally. He has been Merkel’s Vice-Chancellor since 2018 as well as her Minister of Finance and was Mayor of Hamburg previously. He has recently been praised for his response to the pandemic, in which he drafted a series of rescue packages, including a 130 billion euro stimulus package for businesses and freelancers which helped to avoid mass layoffs and ultimately allowed Germany to weather the crisis better than some European neighbours. Scholz is perceived as a discrete character because of his plain-spokenness and his cautious behaviour, which, in the age of social media that values personality over policy, has played in his disfavour. Indeed, his sobriety has earned him the nickname “Sholz-omat” (i.e. Sholz-Machine). However, in the last few weeks, he has managed to convince more and more Germans that his “dullness” is synonymous with stability, which perhaps reminds all of us of the current Chancellor. As the election approaches, his tactic of presenting continuity and stability, trying to profile himself as a natural successor of Merkel, seems to be working; he has peaked in the polls in recent weeks to position himself as the frontrunner with 26%, after scoring no higher than 15% for most of last year. On top of continuing Merkel’s work, he has vowed to push for a quicker energy transition away from fossil fuels and promised to do more on environmental fronts, a move that has given him a certain proximity to the Green Party and, if successful, might earn him the title of the first-ever “Klimakanzler” (Climate Chancellor).

Armin Laschet is the other candidate who is clearly trying to position himself as a continuation of Angela Merkel. He is the conservative CDU candidate and current governor of Germany’s largest state, North Rhine-Westphalia. Politically he is, and has always been, close to Merkel. However, his popularity, which started low in April when the party selected him as their candidate, has only gotten lower. Firstly, he was never the obvious choice for the majority of CDU voters, many of whom would have preferred seeing the more charismatic and more right-leaning Markus Söder represent the conservative camp in this election. Then, the deadly floods that hit his state North Rhine-Westphalia in July and caused over a hundred casualties raised many questions over his climate protection program and more generally over his ability to respond quickly to a crisis situation. Furthermore, following the circulation of a video of him joking and laughing in the background whilst President Frank-Walter Steinmeier was solemnly addressing the press about the many victims of the floods, his once appreciated good humour is now deemed unbefitting of the next chancellor.

Both Laschet and Scholz appear to offer what they think Germans want and need the most: stability. This is why neither of them has a hint of charisma, and this election has repeatedly been termed uninteresting by the national and international press. Die Welt asked whether “It is the most boring federal election ever?” and John Kornblum, a former American ambassador to Germany described Olaf Scholz in an interview with the New York Times as “the most boring guy in the country, [who] makes watching water boil seem exciting.”

For those who’d like to see change, there is an “outsider” in this election: Green candidate Annalena Baerbock. She wants to push forward a very ambitious climate agenda, as she proposes to invest 50 billion euros annually into a social-ecological transformation of the country, and aims to end mining and the use of coal in Germany by 2030. More than 20 years younger than both male candidates, and with a CV that is less conventional than the two others, she quickly made an impression last spring when in April she was ahead in most polls, with some forecasting the Greens to be the winning party with 28% of the vote. Back then, many believed that having a Chancellor from the Green party could be a real possibility for Germany. However, for Baerbock the tide has turned, and the past summer has proven to be difficult. Her credibility was undermined when inaccuracies were pointed out in her resume published on the Greens’ website, stating that she had been a member of committees and think tanks she was never involved with. Furthermore, the press accused her of plagiarism in her book Now: How We Renew our Country, in which many passages appear to be lifted from various newspaper articles. Finally, her performances in the debates were too weak to convince the German public, and there too she failed to get basic facts right – even about climate change, a topic with which a Green candidate should be familiar.

For now, we shall wait and see how the election unfolds this Sunday and which coalition emerges from it. However, it is most likely that at least two of the candidates will have to govern together, no matter which one ends up winning the chancellery. In terms of change, Germans can expect that with Olaf Scholz ahead and a Green Party that despite its setbacks has never been so strong, they will have a government and a parliament that is more than ever preoccupied with climate change, and which will undoubtedly trigger important changes in German industry. Brits abroad: is Sancho’s success the start of a new era? 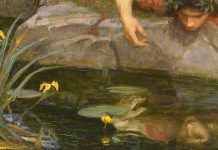 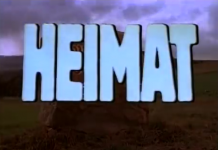 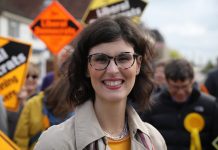