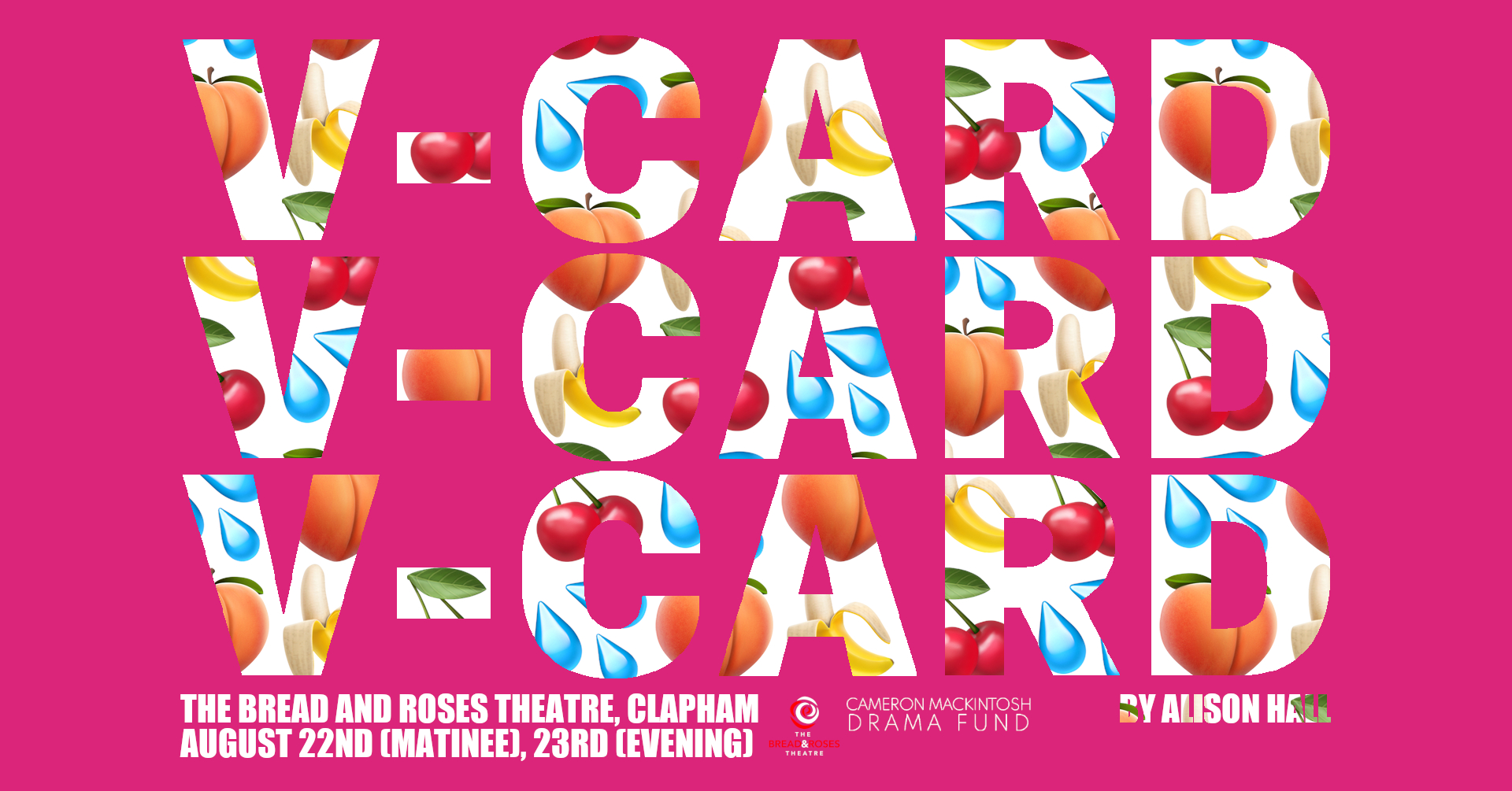 V-Card tells the story of a nineteen-year-old, Hazel (Ellie Fullwood), who has yet to lose her virginity, and her motley crew of housemates’ misguided attempts to “get her laid” before her twentieth birthday. The inherent comedy of this premise is lent extra warmth by a well-observed yet unself-conscious attention to the details of student life, specifically student dating — the dialogue is loaded with laughably inept men and their meagre understanding of women, memories of gap year hook-ups and library sexcapades, and the ennui of dating apps (“she thinks smoking weed is a personality trait…he has an England flag in his bio”, complains Hazel.).

I simultaneously laughed and cringed at the recollection of a pre-Covid gig, complete with awkward dancing and half-shouted attempts at flirting, over a realistically intrusive soundtrack; credit must also be given to Iris Bowdler’s costume design, which represents the entire student fashion spectrum, from quirky prints and ‘ironic’ Hawaiian shirts to bodycon dress-trainer combos and questionable salmon trousers worn to a club.

Amongst all this nostalgic recollection of the student experience, however, Hall has some meaningful ideas about sexual consent. Hazel’s male suitors are familiar student archetypes, including Glyn Owen’s sleazy posh boy Freaky Freddie and James Newbery’s sensitive, glasses-wearing intellectual Alex. However, with these archetypes established, Hall proceeds to turn them on their head with regard to sexual consent and harassment — self-proclaimed sadist Freddie is respectful of Hazel’s refusal of sex, while in the same situation Alex gives an entitled diatribe (subtly yet menacingly performed by Newbery) which culminates in a misogynistic slur, demonstrating that there is no one ‘type’ of male abuser.

Moreover, the play’s entire plot bears witness to the necessity of owning one’s own sexual boundaries and respecting those of others in a society obsessed with the construct of virginity. It shows how quickly a well-meaning plan to wingman a housemate can escalate to the disturbing and friendship-ending scene of violation near the show’s end. Perhaps Hazel’s only example of a healthy attitude towards sex and virginity is provided by Robin (Grace de Souza), her first potential love interest and constant friend throughout the play, who provides a level-headed sounding board to Hazel’s issues throughout the play. In another writer’s hands, a character like this could come across as a preachy manic pixie dream girl, existing only to offer the protagonist guidance and the hope of romance; however, the warmth in Hall’s writing and de Souza’s acting instead makes Robin into the friend one wishes they had, and her consistently non-judgmental attitude compels us to root for the romance towards the end of the play.

One of the play’s most boundary-pushing and deftly-handled aspects is the inclusion of God (Lorcan Cudlip-Cook), or the manifestation of him, within the lapsed Catholic Hazel’s dreams, occasionally alongside a wisecracking Jesus or delightfully camp Satan. Again, Hall avoids the trap of making God a stereotype opposed to any premarital or queer sex, and the writing steers clear of most theological clichés (problem of evil-based jokes aside), but instead depicts God as a complex manifestation of all Hazel’s insecurities and doubts surrounding her virginity, and his conversations with Hazel provide some of the play’s most introspective moments. With this in mind, it is somewhat disappointing that God’s presence in the play ended with Hazel’s simple rejection of him, rather than a more complex meditation on her relationship with religion, but the theological dimension nevertheless provides an extra layer of complexity to the student hijinks.

V-Card is a play which expresses its considerably rich ideas on complex topics without ever compromising on the humour or  warmth of its central relationships, and one is grateful that it eventually made it to the stage.

The radio play of V-Card is streaming as part of the Edinburgh Fringe until 30th August. Tickets are available here.