Oxford University’s Student Union has launched its ‘It’s not enough’ campaign, which aims to raise awareness about the longstanding silence on race equality and make the University and its colleges aware that what they have done for racial equality so far is not enough.

Following Oriel College’s decision not to remove the statue of Cecil Rhodes due to the  “considerable obstacles to removal”, the campaign was launched on May 25, coinciding with the one-year anniversary of the murder of George Floyd.

In light of Oriel’s decision, the SU released a statement which read: “We are disappointed to hear that Oriel’s Governing Body will not be removing the Rhodes statue due to the regulatory and financial challenges involved in the process. Dismantling systemic racism in Oxford is one of the greatest challenges this university community has faced, but we believe this is no excuse for inaction.”

As part of the campaign, the SU is collecting responses to amplify student voices at Oxford. A form, which can be found on the SU website, asks students: “Why is what Oxford University has done so far on racial equality not enough?” The answers will be published as part of the campaign but students can remain anonymous if they wish.

Nikita Ma, President of Oxford SU, said: “There are many things Oxford can do better in terms of racial equality, not least removing the Rhodes statue which symbolises colonialism and racism. I am immensely grateful to all the students who have contributed their time and emotional energy to lead and support this campaign. We at Oxford SU will continue championing the student voice, and I strongly encourage you to spend less than a minute to fill out the form and make Oxford a more equal place for future generations of students to come.”

The SU page also shows statistics relating to racial equality. These include the fact that 1/16 Pro Vice Chancellors at the University are BAME and details of the attainment gaps for BAME, Asian and black students.

The foreword on the campaign’s page, written by Nikita Jain, Oriel JCR’s Ethnic Minorities Representative, reads: “As Oxford students, we can use our voice to let the University know that their current efforts are not enough. It is not enough to make empty promise after empty promise with no intention to deliver concrete change. It is not enough to ignore the testimonies of countless students who are made to feel like they don’t belong here. And it is most definitely not enough to retain a visual symbol of racism in the form of a statue of the white supremacist Cecil Rhodes on the front of Oriel College whilst maintaining a stance of anti-racism.”

“The University has committed to reforms time and time again in order to improve the experiences of students whilst they are here, and these commitments are a step in the right direction. However, at the moment, all we have seen is words and not actions. The only way we can enact real change is by holding the University to account and by pushing them to do better, because right now, it’s not enough.”

A spokesperson for the SU told Cherwell that the campaign hopes to highlight “the current problems of the University, as shown by some of the articles in the Student Voice section as well as the student submissions”.

They added:  “Another important component we wanted to include is a section that aims to uplift and empower students of colour by sharing their work and also celebrating the diverse cultures that make up our student body, to make their voices and their cultures more visible.” 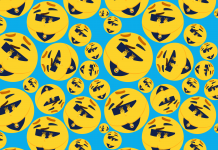 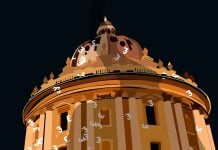