Sasha Mills reports on Jeremy Corbyn's talk at the Oxford Union and his interview with Cherwell afterward. 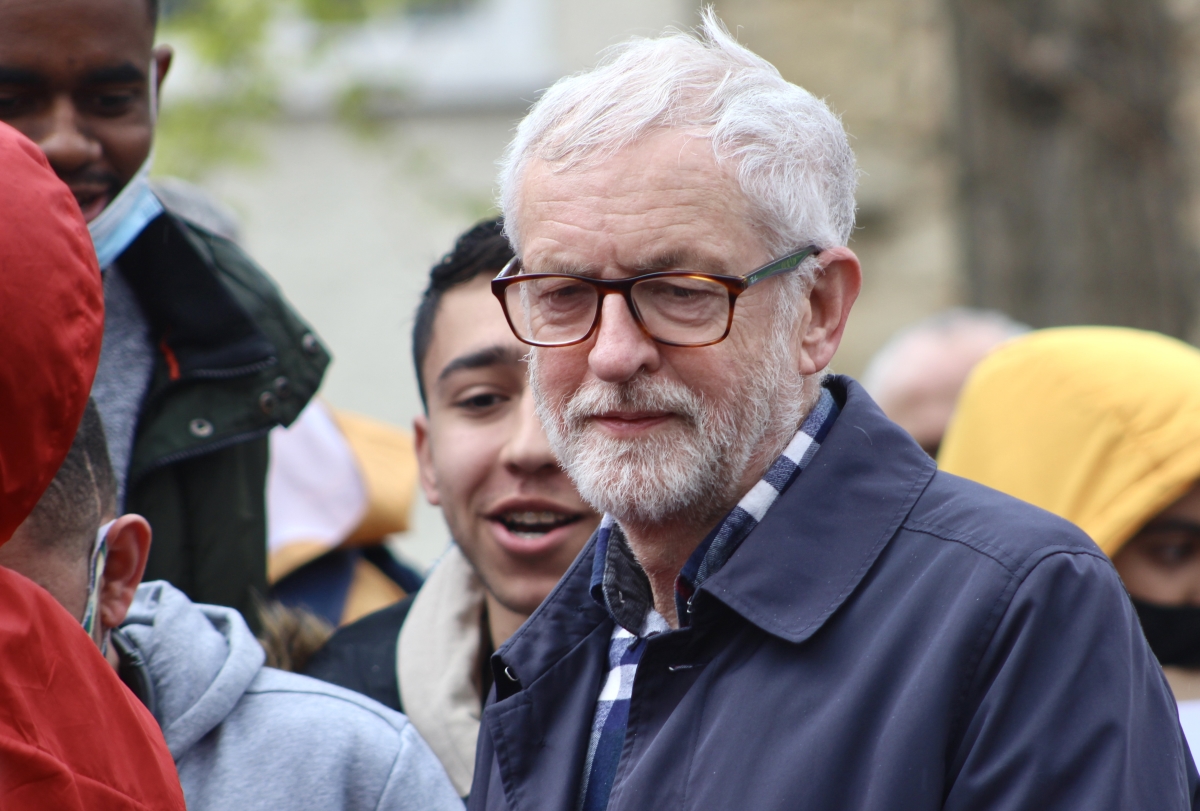 CW: Mentions of antisemitism and racism

Jeremy Corbyn addressed The Oxford Union this afternoon, speaking on a range of topics including the impact of COVID-19 on social equality, his time as Labour leader and his vision for the party, alongside addressing claims of antisemitism during his time in the party.

Mr Corybn was the leader of the Labour Party from 2015 to 2020 and has been an MP since 1983. Under his leadership, the party fought for the nationalisation of key industries including the national grid and broadband, more ambitious net-zero targets, and a second referendum. Mr Corbyn was also criticised for what the EHRC described as a culture within the party that “did not do enough to prevent anti-Semitism [sic] and, at worst, could be seen to accept it.” Mr Corbyn was suspended from the party over remarks made in response to the EHRC report, although he has since been reinstated as an independent MP.

Speaking to Cherwell regarding the Oriel College Governing Body’s decision to not remove the Cecil Rhodes statue, despite the recommendations of the Oriel College Commission, Corbyn argued that contextualisation should be the most significant priority.  “I think [statues] are important as symbols. But what’s more important is the teaching of history, and how we have an understanding of colonialism. And Cecil Rhodes was racist, he subjugated and killed large numbers of people in what became Rhodesia and eventually Zimbabwe and Zambia, and made a great deal of money out of diamond mining and others in South Africa. And I don’t see a need to venerate his life at all.”

When asked about whether youth have influence in current politics by Cherwell, Corbyn nodded, stating that “The power’s in our own hands. See these hands? [gesturing towards his own]. That’s where the power lies, organise yourselves together. You don’t have to wait for somebody else. Just do it.”

In response to a question from Cherwell on the role of the University of Oxford in a more equal society in the future, Mr Corbyn stated that “I would like to see a fairer form of intake,” and “a greater opening up of Oxford as a whole.” He also addressed the role of fees, both for international and home students, as a deterrent in applying to University. He encouraged the adoption of the approach taken by the University of Glasgow, whereby they assessed the financial gains they had made from slavery.

The event began with a speech from Corbyn on “inequality in society today.” He began by addressing two previous appearances at the Union; one a debate on the “future of the Labour party,” where proposed amendments to the Labour constitution were debated, and one on socialism with Conservative MP John Redwood.

Corbyn went on to argue that “coronavirus has left a massive inequality in society” and the impact of Brexit on Britain. “Inequality in our own society is getting worse and worse, year on year.”  He also argued for his own version of patriotism: “My patriotism is about supporting all of my fellow citizens.”

He then urged for further action on the climate crisis, including adopting a net-green by 2030 policy and the green industrial revolution that he proposed in his 2019 manifesto. He also criticised refugee policy under current Home Secretary Priti Patel, stating that “I am here to say that human beings are at risk, and human rights are at risk, by the way that we treat refugees.” Corbyn moved on to speak about racism in the US and the UK, encouraging “a real debate of what colonialism was and what colonialism did” alongside considering “who benefited in this country.”

He finished his speech by arguing that “my determination was that Labour would be transformed into a community-led activist organisation,” stating that he wants “the party to continue to move in that direction” and arguing that “If we’re going to move away [from that] … then let there be a proper debate about it.” He finished by stating that “I want to build a world that’s fit for the next generation,” and condemning antisemitism, islamophobia, and racism in all forms.

The speech was followed by a question and answer session with current Oxford Union president, Adam Roble, and audience questions. Roble first asked Mr Corbyn to reflect on his time as leader of the opposition, to which Mr Corbyn stated that “leading a party is a very frustrating job,” and that he wanted to change policies by democratic means within the party. He cited his biggest regrets during his time as leader as the 2017 loss of the general election, and his inability to bridge the Brexit divide during the 2019 election.

Roble then went on to ask about the accusations of antisemitism that plagued Mr Corbyn during his time as leader. Mr Corbyn argued for the importance of Jewish Labour, stating that they played a founding role in the party, and spoke on the Chakrabati inquiry into antisemitism in the party which he argued came to many of the same conclusions as the EHRC report.

When asked by Roble how he would respond to claims that he didn’t do enough to address antisemitism in the party in his time as leader, he said that he couldn’t speak for the beliefs of other people, but argued that he dedicated his career to fighting racism, stating that  “I will die fighting racism in any form.” Mr Corbyn made similar comments in response to the EHRC report when it was initially released.

In audience questions at the end of the event, Mr Corbyn stated that he supports the empowerment of people that have suffered the consequences of colonialism, and also spoke on the Israel-Palestine conflict, which he spoke further on at a protest in Oxford on Sunday. He argued that of the conflict, “you have to recognise what the source of the problem is – the occupation.” He also suggested that many Israeli citizens would like to see the end of the Palestinian occupation. In response to a question from a teacher in the audience, he argued that necessary reforms include the adoption of free school meals for all in primary schools, and a loosening of the restraints of the secondary school curriculum.