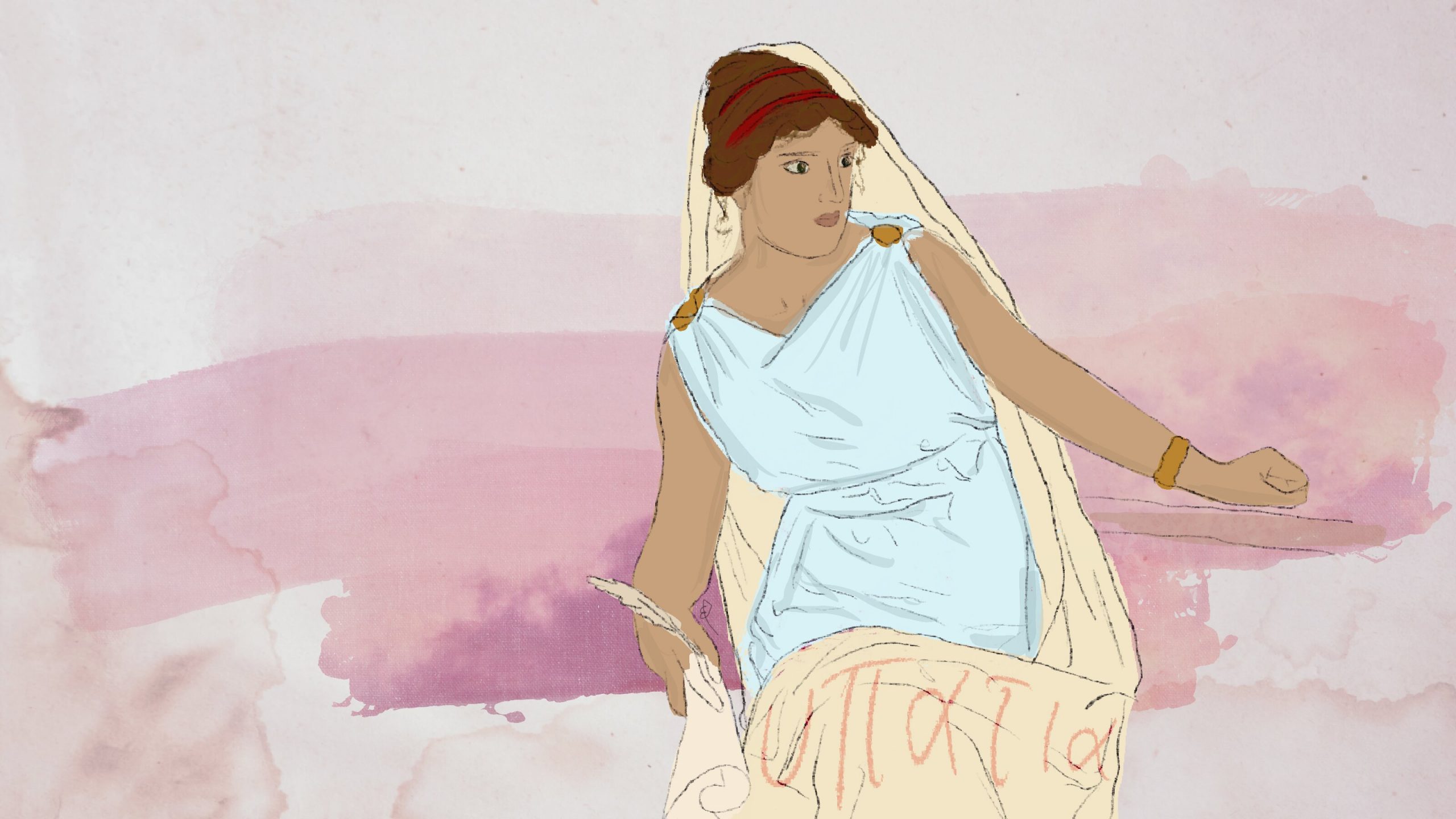 Mainstream study of antiquity is dominated by learning about great male scholars: for philosophy it’s Plato or Socrates, for history it’s Thucydides, and for literature it all starts with Homer. It may come as some surprise, then, that the figure often associated with the so-called death of antiquity is a woman: Hypatia of Alexandria.

Hypatia was born around 350 AD in Alexandria, one of the world’s most renowned scholarly centres. Her father, Theon, was the last known member of the museum at Alexandria. A museum had somewhat different connotations than what we think of today, as being monuments to the past. Indeed, when Alexandria was founded by Alexander the Great, the museum at the centre of the city was set up as a location dedicated to the Muses – patron goddesses of the arts, culture, and education. Theon taught here in a position analogous to the modern professor in mathematics, astronomy, and philosophy.

Hypatia was born into a rich scholarly tradition both due to her surroundings at Alexandria and her father’s influence. Her father tutored her from a young age, and she took full advantage of the great Library of Alexandria at the museum, which housed more than half a million scrolls full of wisdom on different subjects.

Her city would not remain a paradisiacal centre of learning for long, however. Alexandria was conquered by Rome in 48 BC under Julius Caesar, and by 364 AD it had been assimilated into the Roman Empire. The official state religion of the empire had at this point become Christianity, and in the early days of Christianity, academia in Alexandria flourished.

Hypatia took full advantage of this, slowly overpassing her father’s legacy. She founded the Neoplatonic school in Alexandria and tutored young men from across the empire. She integrated the teachings of Plato with mystic philosophical ideas. She believed that maths was the language of the universe, and linked her mathematical lens on the cosmos to the ordered harmony of music. Hypatia also taught her students about an indivisible source of the universe transcending the reality which we see, called the One. Aside from the mystic side to her teaching, she invented a calculator called the astrolabe – used up until the 19th century.

Hypatia was greatly respected by her male students and colleagues despite her gender, with one of her fellow philosophers, Socrates Scholasticus, commenting that ‘Neither did she feel abashed in coming to an assembly of men. For all men on account of her extraordinary dignity and virtue admired her the more.’

Not all of her contemporaries took a similar viewpoint, however, and political and religious tensions flaring up in the city contributed greatly towards this. Hypatia was a close friend of the governor of Alexandria: Orestes, a moderate Christian. Orestes clashed greatly with the archbishop of the city, Cyril, over their spheres of influence. Cyril wanted greater power for the institution of the church, and Orestes opposed this in favour of secular governance.

Tensions reached a tipping point when Orestes had a man named Hierax, one of Cyril’s followers, arrested for inciting violence. Hierax had slipped into a synagogue to spy on Jewish residents of Alexandria and find evidence of an anti-Christian conspiracy. When discovered by the people in the synagogue, Hierax was reported and punished on Orestes’ orders. This enraged Cyril, who in turn ordered his zealous followers to punish the Jews.

As tensions between Jews and Christians, and between Cyril and Orestes increased, violence became more and more commonplace. Orestes was accused of not being Christian, and as vitriol grew an all too common motif in history was played out. A woman was scapegoated as being a witch and accused of corrupting Orestes from his faith; this woman was Hypatia.

Popular across the city and labelled according to dichotomous standards as a Pagan witch, Hypatia’s association with Orestes was fatal. A band of zealous monks who were followers of Cyril attacked Hypatia when she was delivering a public lecture at the museum. Hypatia was dragged from her chariot to a church called the Caesareum, stripped, beaten to death with tiles and the remnants of her mutilated body were burned.

Though she may not have viewed herself as a particularly courageous woman, Hypatia’s death shows the danger associated with being a free-thinking woman even in one of the greatest hubs of scholarship that has existed. Rarely do we get to see great examples of female scholarship from antiquity, but Hypatia certainly was one – expounding and building on the doctrines of Plato, Pythagoras, Plotinus, and forerunning many modern mathematical concepts. Her death, which cast her as a so-called pagan sorceress, gave her the role of a corrupting Clytemnetra or a vengeful Medea, but her legacy should not be defined by this. Hypatia stands as an example of the power of academia and a questioning mind to foster an environment where all, regardless of gender or religion, can join in the pursuit of learning.