Hari Bravery describes what it's like to (finally) take part in an Oxford tradition. 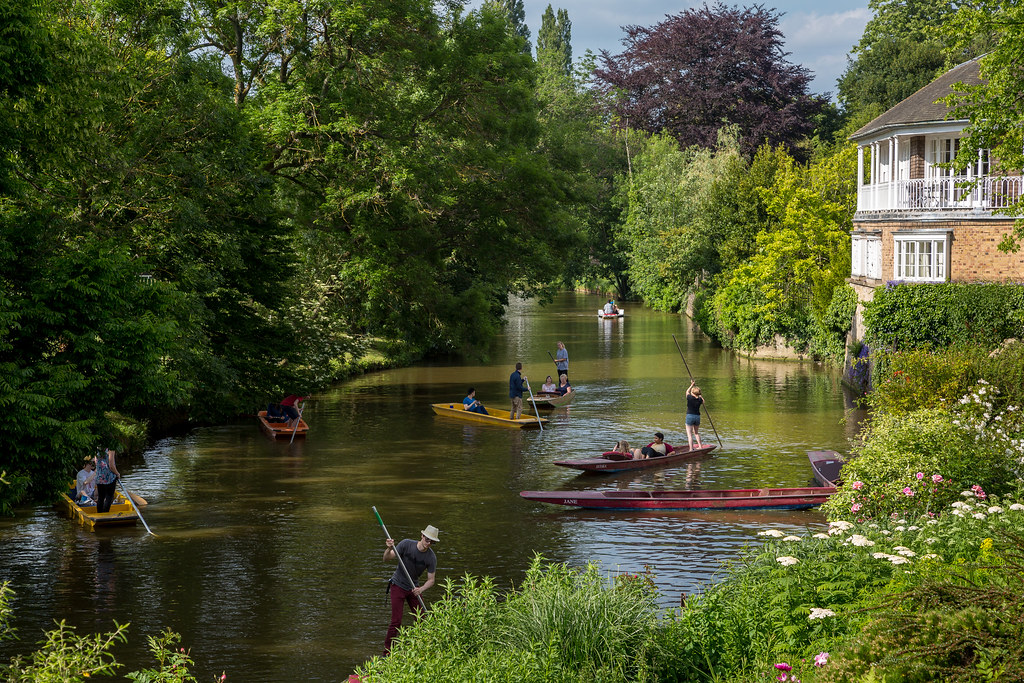 Punting is one of those things that I had always associated with Oxford in the abstract. I can still remember walking around Christ Church Meadows during interviews, seeing groups of students huddled in punts, puffer-adorned and wine-drenched, like Elysian gods on cerulean water. The punting of Oxford and Cambridge has a distinct prestige; talk of quants, tills and all the lexis of punting somehow became emblematic of my desire to attend Oxford, with all its opulence and archaic excesses.

So, when I eventually arrived at Oxford, punting was at the top of the to-do list. It would be a rite of passage, something that would affirm my status as a student of Oxford – transformative, transcendental. It is perhaps fitting then that the chance to punt came on matriculation, the day that I actually was confirmed as an Oxford student. Wrangling COVID-restricted matriculation was an odd thing in and of itself. Missing the contact with higher years, none of us really knew what we were supposed to do, aside from getting dressed up in flappy gowns and a suit, take pictures by the Rad Cam and drunkenly terrorise the residents of Oxford. So, after a rather depressing watch party of the online Formal Welcome, the only logical step was to drink an enormous quantity of wine, cram in a McDonald’s and stagger down to the Isis in the hope of finding a punt.

With a crew assembled of four similarly inebriated Univites, we took to the water. Suffice to say that our technique did not mirror that of the Venetian gondolas. Any smoothness of motion remained elusive, as the quant was wielded like a lightsabre, hacking at the riverbed and more often than not leaving us drifting horizontally down the river. Not that we really minded – the fact that we were subfusc wearing students in a punt was enough to sate our headiest conceptions of Oxford life. As we zig-zagged down the straight of the river, music blaring, all seemed to be going well. But, as it turns out, cornering in a punt after two bottles of wine is no easy feat. We very quickly became jammed beyond repair, and of course, the only logical solution was to rock the boat from side to side. Needless to say, that one second I was standing and the next I was submerged in the murky water of the Cherwell, as was another of my crewmates. After flailing futilely for a while in the water, we eventually managed to haul ourselves back into the punt, sodden and delirious. The most profane of acts was then performed, as we two abandoned our punt-mates and jumped onto the riverbank, to seek the warmth of college. If this first foray into punting was certainly unsuccessful, it was only made worse by the fine we were slapped with for bringing our boat back late; yet it remains one of my fondest memories of Oxford.

Punting seems to return me to the visions of Oxbridge students glimpsed in literature, the sloth and excess of the undergraduates of Thomas Hardy’s Jude The Obscure, the students of Evelyn Waugh’s Decline and Fall, and E. M. Forster’s Maurice. And so even if punting for me started as a self-satisfying fulfilment of Oxbridge status, it now seems to me an act that I cannot dissociate from my own experience of Oxford, even though I definitely looked a right punt whilst doing it.