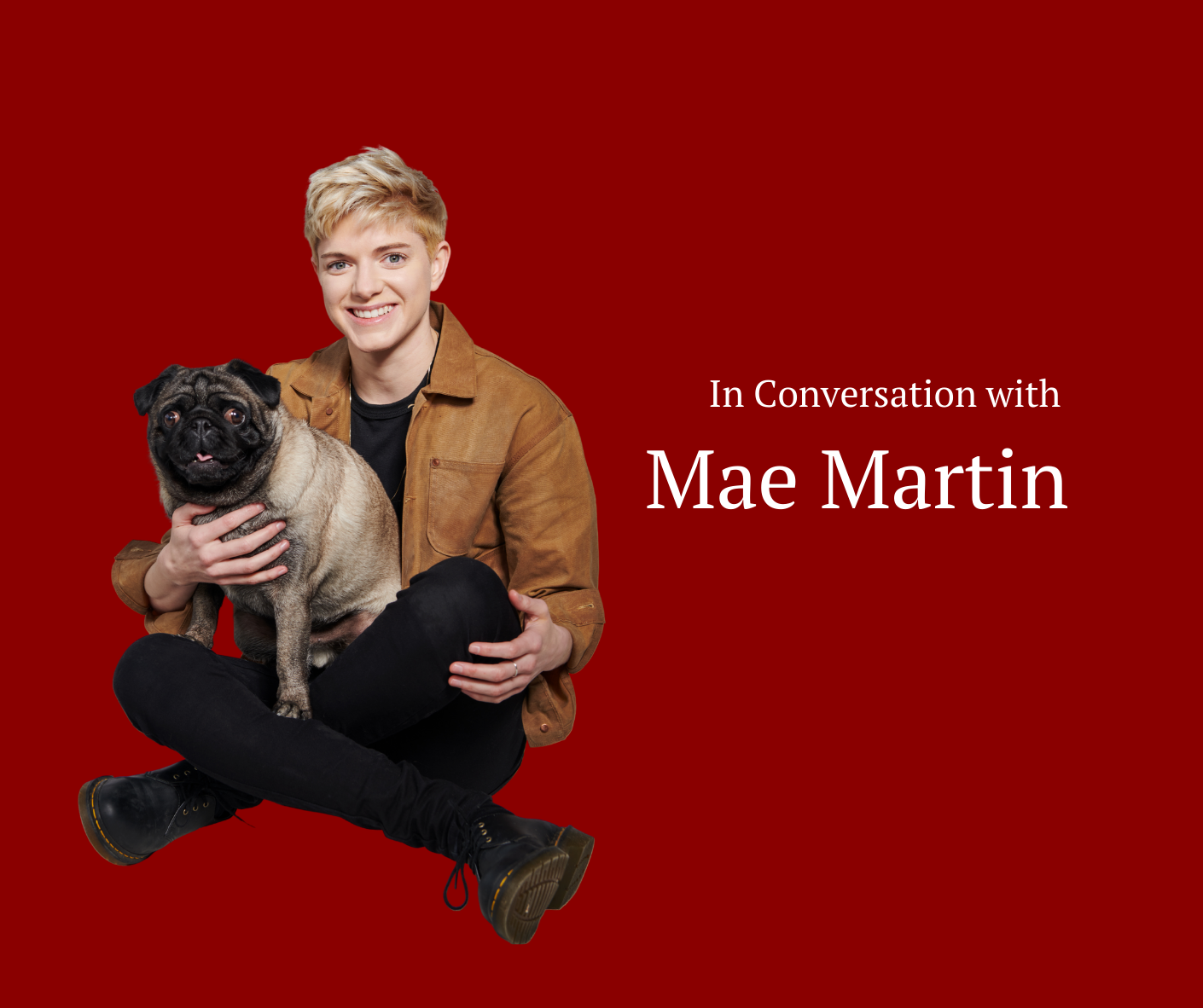 There’s something slightly surreal about emailing someone whose comedy routines regularly pop up on your Facebook feed, whose new hit comedy ‘Feel Good’ got you through the first national lockdown and whose tour for this October (‘Sap’) sold out as you were trying to grab tickets. Frankly, it’s quite intimidating.

I am of course talking about Mae Martin, comedian, writer, and actor. Simply put, they are very cool. Currently in editing for the second series of Feel Good, named one of the best TV shows of 2020 by the Guardian, it’s clearly been a busy year for Mae, and I had loads of questions – about the show, her career and how their thoughts on gender and sexuality in the 21st century impact their work. Here’s what she had to say over email…

IM: So, the first series of Feel Good came out in March of 2020 – right at the start of the first UK lockdown. How has working on the second series been over the last year and what are your thoughts on “pandemic productivity”?

MM: I’ve been so lucky to be able to make series 2 of the show this year, and I’m beyond grateful that I had a reason to get out of my apartment, be around people and be distracted from the hell of the news. Filming in a pandemic presented its own unique problems and it was touch and go sometimes, but we managed to pull it off! However – anyone who pressures anyone about “pandemic productivity” needs to be thrown in the ocean. Just surviving the anxiety of this year is a feat in itself and we all need to take pressure off ourselves.

IM: Talking about Feel Good, I can’t help but root for Mae and George (hopeless romantic that I am) – but should I be?

MM: I’m glad you’re mulling over one of the central questions of the show! I don’t think there’s a right answer. Mae and George of season 1 definitely sometimes brought out the worst in each other, although they were madly in love, and for them to transform that toxicity into a lasting long term relationship they’re going to have to grow and change, which they struggle to do in season two. We like the ambiguity of whether we should be rooting for them or not, because I think a lot of people can relate to a relationship like that, but ultimately of COURSE we root for them and hope other people do too. We’re hopeless romantics as well.

IM: Your exploration of friendship in the series is often just as thought provoking as your focus on romantic love. What were you trying to say with the often less than ideal friendships in Feel Good?

MM: Thank you! I consider my friends some of the great loves of my life, and value them so much. Mae and Maggie in season 1 were two sides of the same fairly manic coin with no impulse control. I’m really interested in what we “should do” with the people in our lives who aren’t necessarily “good” for us but who we love deeply, and we get into that more in season 2. I also love that Mae has a strong group of straight male friends at the comedy club, because that’s reflective of my life and some of my most precious relationships, including with my co-writer Joe.

IM: The disappointment and sense of betrayal in Feel Good when Mae’s male friend hits on her is really poignant. Why did you choose to include this moment in the series?

MM: I’d say Arnie’s more of an idol in a position of power than a real friend, but I felt it was important to honestly depict the threat of sexual assault/coercion which exists in, let’s face it, many work environments but particularly the comedy world. I hope we did it in a nuanced way. These issues get so politicised and hotly debated, and I think it’s always helpful to show them and explore them in a human way so we remember what it is that we’re actually talking about, maybe.

IM: You mention in your book (Can Everyone Please Calm Down? A Guide to 21st Century Sexuality) the ‘birds and the bees’ talk your mum gave you, which covered all bases, and Feel Good is brilliant at frankly depicting queer sex. How important is well-rounded LGBTQ+ education and representation to you?

MM: Both things are very important, for sure. Some of the most meaningful feedback I’ve had about Feel Good has been “I feel like I saw myself reflected on screen for the first time”, and that means a lot, and I relate because I think I felt that dearth of representation myself. The problem is, when there are so few queer shows, there can sometimes be pressure to represent EVERYONE in the queer community or not to show flawed queer relationships, for it to be aspirational instead. But it’s important, I think, that queer characters are allowed to be flawed and selfish and three dimensional sometimes just like straight characters.

IM: Why do you think embracing sexual fluidity and rejecting labels like gay, straight and bi is so important?

MM: I don’t think labels are bad, I recognise that the language around sexuality can make it much easier to communicate about these things, and to fight for our rights which are still tenuous. But I do think that labels can bulldoze over the nuances of being a human, and I reject any labels that are projected onto me by others to help them to categorise me in some way… My experience of my own sexuality has been dynamic and evolving and I definitely fantasise about a world in which nobody has to “come out” and we focus more on who we are, rather than what label we are.

IM: So, do you see your writing and comedy as political and do you write with a political message in mind, or is it more of a side-effect of the kind of topics you raise?

MM: It’s an interesting question! I think I write personal stuff, and it just so happens that the topics that rattle my brain and life around – gender, addiction, that kind of thing – are at the forefront of conversations in the media at the moment.  So it feels political. But it’s absolutely never a case of “let’s write something topical and political”. Joe and I just tried to craft honest and complicated characters that drew from our own experiences.

IM: Your work has a real truthfulness to it – is it cathartic to pursue such honesty? How important is honesty to your work?

MM: I think people can tell when stories aren’t authentic or authored, and I think there’s a real appetite for that kind of truthfulness at the moment. Also I’m not imaginative enough at the moment to write a supernatural crime caper or something so I’m absolutely still mining my own experiences. I do find it cathartic in some ways, feeling like the things that swirl around in my head have been witnessed and understood. That’s amazing. But I am excited to write something slightly less personal next time!

IM: I’m dying to watch the second series of Feel Good and I know you’re in editing right now, is there anything at all you can tell us about what we’ve got to look forward to?

MM: I am so excited for people to see it. I don’t want to give any spoilers but I think it’s bigger and more expansive, deeper and more personal, and hopefully really funny. And mega romantic because I’m a nerd like that.

IM: And finally, what’s a question you wish you were asked more?

I’m so grateful to Mae for taking the time out of their busy schedule to answer all of my questions and I’m left, like I’m sure many of you are, counting down the days until Feel Good 2 and scouring the internet for a ticket to Mae’s next show! 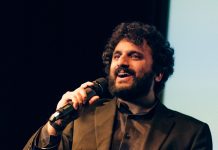 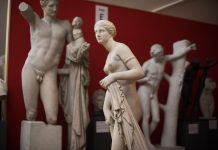 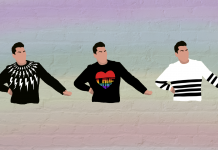