Annie Liddell writes about the gender disparity when it comes to fighting against environmental decline. 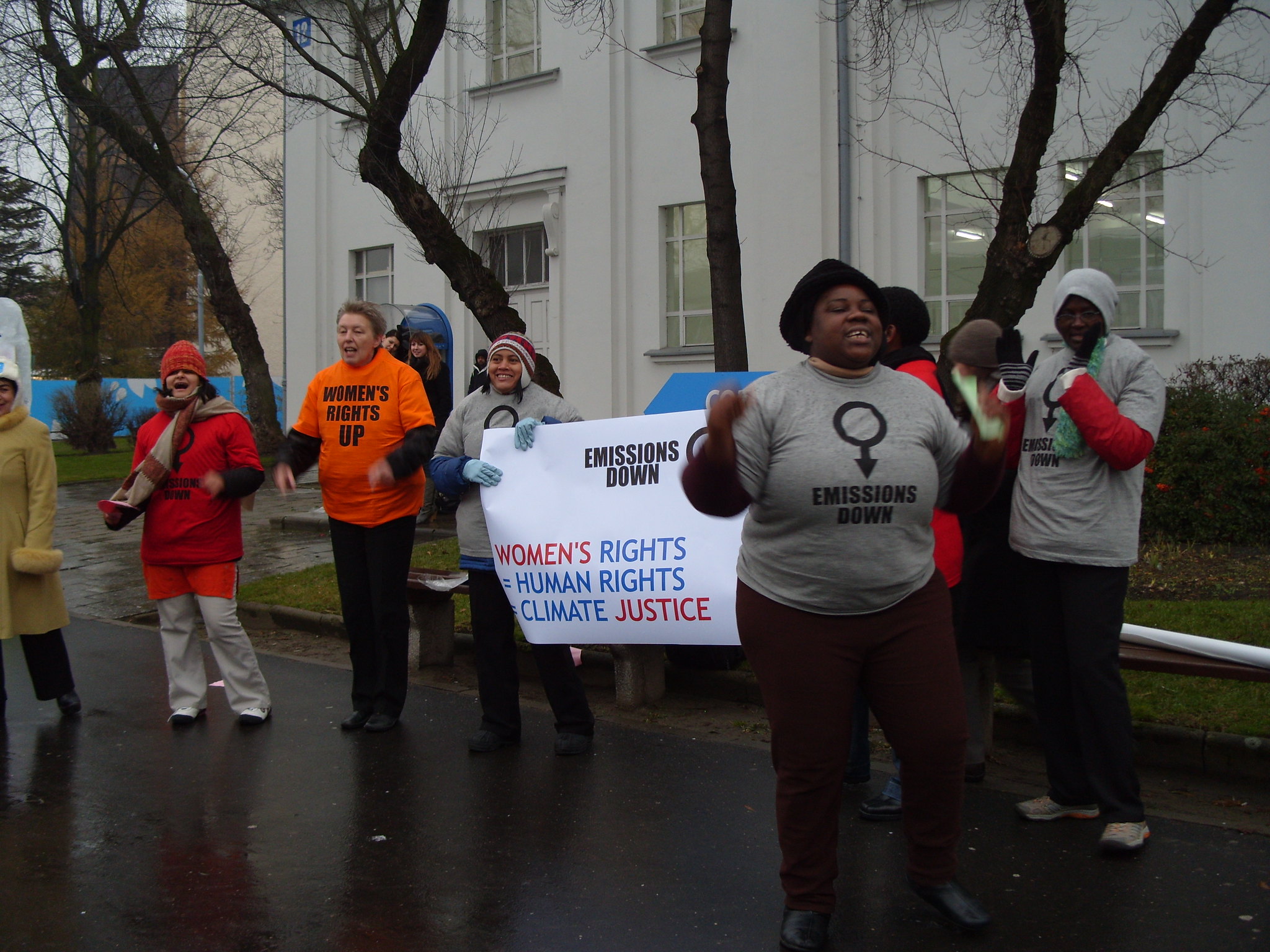 “Climate change is a man-made problem with a feminist solution”, was claimed by Mary Robinson, the first female president of Ireland who is both a gender equality and climate activist. However, this statement places the burden of blame for the biggest problem humanity has faced on one gender. How men respond to this statement was surely unlikely to be positive. Denial, avoidance, and nonchalance were perhaps the most likely replies. At best, guilt and pro-activeness.

The gender gap is a gender-based inequality that involves any difference in treatment or circumstance for men or women. Doubtless, gender gaps continue to exist globally in numerous spheres of life, be it economic, political or social. Most of us in the UK are very aware of the pay gap that persists, whilst on a global level, the UN’s Sustainable Development Goal 5 is to close that gender gap in the spheres of education, employment, rights and opportunities. The concept of an “eco-gender gap”, however, is a recently-coined idea that refers to the difference in environmental awareness and eco-friendly behaviour between men and women, with men being much less likely to feel connected to these issues than women. So how does this difference manifest itself, how did it arise, and how can we move forward as a society to implement the changes and targets that both genders can connect with? I want to reiterate now, this is not a reflection of all men, but a comment on societal trends.

The differences in green behaviour are displayed in a number of spheres of life, including travel, waste disposal, diet and consumer products. Men are more likely to eat meat, drive longer distances, recycle less and have a larger carbon footprint.  These gender differences for transport are substantial even across generations, so this brings to light the questions of why – even as work distribution has changed, with more women commuting – does this amount of travel not balance out in younger generations. Furthermore, men are less likely to feel guilty over living a non-green lifestyle: 42% of men compared to 53% of women in the United States; men are less likely to report concern over climate change, only 52% of men versus 64% of women. In the UK, 71% of women report committing to ethical living, contrasted to 59% of men. Women do, on the other hand, have higher energy use in food, hygiene, household products and health. These statistics show that, despite progress in gender equality in many ways, the UK and the US both continue to hold some traditional values of women being more prevalent in the domestic spheres, and men at work.

So why has this behavioural and attitudinal difference emerged, and indeed, persisted? In the past, much of the women’s more environmentally conscious behaviour was considered to be due to greater altruistic, pro-social behaviour amongst women, either as part of a biological adaptation for better infant survival or, perhaps more likely, as part of social conditioning in our society, that values certain traits such as compassion, empathy and nurturing among girls. The idea that environmental awareness is due to personality differences or biological tendencies for women no longer can be considered the main explanation. It may be true that our society continues to socialise girls into being more compassionate or nurturing, but these attitudes or expectations are changing, while the difference in environmental awareness is increasing. So, there must be other factors at play.

Women are more likely to be affected by climate change and environmental damage. This is being demonstrated by the effects of increasingly extreme weather events, such as the catastrophic Bangladesh floods of 1991, where 90% of the 140,000 casualties were women, or the 2004 Indian Ocean tsunami, with 70% of fatalities being women.

Feminism and environmentalism have been closely associated, notably from the 1980s, during the second wave of feminism and the green movement, which linked environmental degradation and the oppression of women. It associated the barriers in the world between men and women, with that between humans and nature. The dichotomisation of the world has occurred under the patriarchal societal structures of our time. This history of the association of feminism and environmentalism has continued, with green marketing being one example of how this is being perpetuated today.

Environmentally-friendly products and branding are more targeted to areas in which women are stereotypically involved, such as cleaning, food, family health and laundry. This is creating a self-perpetuating cycle of eco-friendly products being targeted more towards women, thus eco-friendly branding becoming more feminised. The backlash of this is that more environmentally damaging branding is targeted at men, as seen in the 2012 McDonald’s advert in China ending with “100% manly man, 100% pure beef”.

This disconnection of masculinity and environmentalism has been drawn into popular culture, as seen in the Urban Dictionary term ‘soy boy’ which is defined as “males who completely and utterly lack all necessary masculine qualities”. Although soya is the more environmentally friendly option, it is considered “unmasculine”, something which reflects wider male attitudes to the subject. This may thus push women away from these options, further widening the divide. So, where does this need to assert masculinity come from, and is it a reflection of the remodel of masculinity in our society? As women begin to compete on more level playing fields in employment, making the traditional role of male breadwinners less significant, and indeed, even increasingly exceeding male achievement in education, masculinity is seeing a reboot. The form the backlash to this has taken on might be the rejection of environmentalism.

When Robinson made her statement, she was not trying to exclude men by bringing a feminist solution to the table, nor blame men for the issues of the past. Here lies the issue of knowing what feminism is, not a question of ostracising men, but bringing women, who previously have been at the periphery, to the table. Moving forwards, a new kind of masculinity is surely needed, one that is secure enough to interact with these often feminised problems, and which allows us to tackle our problems in society, as a whole.