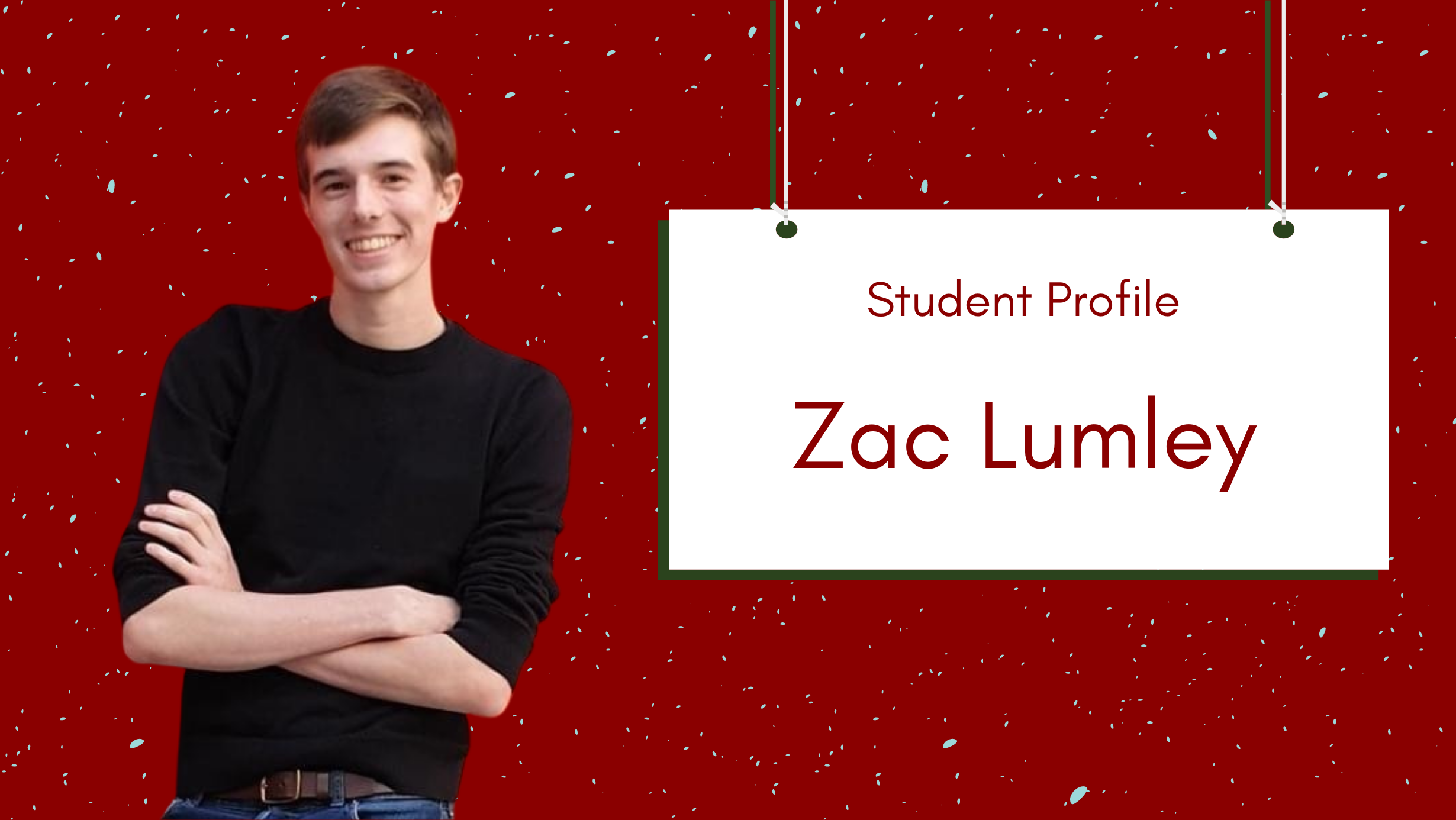 I joined my Zoom call with Zac on a warm afternoon in the middle of March. The first time I came across Zac’s name was last year when I wrote on how he proposed the motion to replace meat eating with vegetarianism as the default diet at his college. At the time, little did I know that this was just a drop in the bucket in terms of the impact he made towards climate change efforts.

Zac is a second year Biologist at Christ Church and an environmental activist who protests and engages in direct action alongside organisations across the UK and Ireland to encourage the government to respond to the climate crisis and has made local and national press as a result of his work. I sat down to understand how he got involved, his thoughts on the current crisis and how more young people can join the movement. How did you get involved in activism?

I’ve known about the climate and ecological crisis for quite a long time. I first learned about it when I was about 10 through kids’ magazines. It was like ‘the planet is dying’, ‘turn off the taps while you clean your teeth’, and ‘turn off the lights’. Through reading about the extinction of species and projections for six major cities being underwater, I was terrified, because I was 10 and I was like, ‘why is this happening?’

I kind of managed to park it for a while, because I was kind of like, ‘ll become a scientist and I’ll fix it.’ I worked hard and got into Oxford to do biology.

And then I had another awakening where I realised [that] there’s so much science here, but that doesn’t really seem to matter. It’s a lack of political action and political willpower that’s causing the climate crisis, not that there’s not enough information about it, which was really depressing.

I had a bit of a relapse in mental health issues at the start of my second year, from general stress of the workload but also [having] this information in the back of my mind. I ended up suspending for a year, and during that year I recovered a bit, but I also did a lot of reading and a lot of learning about the political situation, activism, the climate, and ecological science.

That led me to get involved in activism. I’m from Cork in Ireland, and I got involved with Extinction Rebellion Cork and Animal Rebellion Ireland. With Animal Rebellion, I did a protest at the Department of Agriculture, where I climbed up onto a mini roof above the door with another activist and we did a banner drop. That was my first direct action. Why climate issues? Why is that the most important thing?

Social justice movements are all really about the same thing: preventing harm and empowering people. I think the climate emergency is what needs to be focused on at the moment just because of how urgent it is.

We’re currently headed for four degrees of global heating and that’s been said to be incompatible with an organised global community and to be beyond adaptation. We’re in a really crucial point, because we’re in a zone where we could start to trigger irreversible climate tipping points and feedback loops.

Back in 2015 when we had the Paris Agreement, they finally said we’d try and limit warming to two degrees. But that was non-binding. And ever since the Paris Agreement in 2015, we’ve just seen increasing emissions and accelerating loss of biodiversity. Even if every country did meet their climate targets under the Paris Agreement, we’d still be headed for three degrees of warming anyway.

Quite frankly it’s terrifying, and we’re already seeing the effects across the world, particularly in the Global South. We’re destroying the very system that is keeping us alive.

The climate emergency is a massive, sprawling problem. If you could have one tangible step be taken, what would you like to see happen?

That citizens’ assembly meets for a couple of months and they get talks on particular issues from experts. Then, there’s debates, discussion and more education. Eventually, the citizens’ assembly comes out with policy resolutions.

The reason I really, really like citizens assemblies is they’re more representative of the population than representative democracy, which tends to select for a certain type of person. Because of that, the decisions are usually really well thought out and they account for people who are marginalised or disproportionately affected by things like austerity.

Personally, I describe myself as a leftist, and inherently, direct democracy is a leftist idea because it grants more power to people. You’ve faced criminal charges in the past for your work. What’s that been like?

It’s been an important learning curve for me. The theory of social change that I subscribe to is using nonviolent civil disobedience. For more than 40 years, conventional lobbying methods of effecting change have just completely failed. For decades, scientists have warned governments [about] the risks of this emergency, and they’ve been completely ignored. We’ve seen our emissions rise past pre-pandemic levels, despite so many calls for a green recovery.

If we look at history, nonviolent civil disobedience is the most effective method for effecting change. Think about the suffragettes, the Civil Rights Movement, and the Quit India Movement. All these involved just lawbreaking. And essentially, using that sort of political understanding of political theory, I’ve incorporated that into my activism.

So, for example, in previous protests, I used a green dye called fluorescent. It’s the same stuff that they use to dye the Chicago River green for St. Patrick’s Day. I covered a monument in that green fluorescent material and was arrested for that. That’s actually coming up in court.

Another example took place on the global Friday’s for Future day on the 19th of March this year. My friend Orla Murphy, who is a climate activist with Fridays for Future and Extinction Rebellion, engaged in protests against the Department of Foreign Affairs in Dublin. The reason for this was because Ireland has recently been elected to the Security Council of the UN Security Council.

As a country, we really do have quite a lot of influence per capita. We have an extremely important duty to be a world leader on the climate and ecological emergency because if we let this get further out of hand, there’s going to be war and conflict. As a rich country but also a country with a history of famine, we have this duty to prevent massive loss of life obviously. So she threw paint at the Department of Foreign Affairs and wrote ‘no more empty promises’. I went to film, so I live-streamed the event and narrated, giving some climate facts.

Both of us were arrested for this. I was held overnight in a cell and I did a bail hearing the next morning, and was granted bail. But I was only given 40 minutes to get all the conditions together, including some money. So, I ended up spending two days and two nights in prison before being released, which was all a little bit of a shock because I was not expecting to be arrested.

My friend is still in prison because she was offered bail as well, but refused it on principle grounds. And she’s been inside now for nearly three weeks. She’s an amazing activist and really strong and I’m really proud of her.

(Interviewer’s Note: Orla Murphy was released from prison on April 22nd, 2021, a month after the interview took place.)

How can young people get involved in climate activism, advocacy, and the kind of stuff that you do?

There’s hundreds of grassroots campaigns just across the UK, and even more across the world. A lot of these movements are intersectional by nature because they’re all about social justice, and in my opinion, about democracy. But there’s a map which shows all of the grassroots climate campaigns in the UK so you can find one that’s nearest to you.

There’s Extinction Rebellion groups, Youth Strike, Friday’s for Future and more across the country. But in some ways, it doesn’t matter what banner you do it under. A lot of people move between banners just based on whatever protest is happening. But if there is nothing going on in your area, start something because there will be people interested. A recent study showed that 84% of people in the UK believe there’s a climate emergency. So if you do start something, you will find other people who are interested.