CherwellIndependent since 1920.
News Meet the St Peter’s student running for the Liberal Democrats in the...
Facebook
Twitter

Matilda Gettins speaks to Theo Jupp, a second-year French and German student at St. Peters. Theo is standing for the Liberal Democrats in the Cowley Ward in the upcoming Oxford City Council elections, and in Iffley Fields and St. Mary’s in the Oxfordshire County Council election.

MG: A lot of Oxford students choose to go into student over ‘real’ politics. What made you interested in local politics?

TJ: When I came to Oxford, I dabbled in student politics. And very quickly, I realised that actually, local politics is the most important in terms of being transformative to people’s lives: things like housing, the amount of money we pay for council tax, the local services that are provided to us. And even things as broad as the way we are viewed as inhabitants of this particular city, they really fall under the remit of local politics and local elections.

[Being] a proper student voice and actual student voice, a student who will be in Oxford, and who will act on behalf of students on the local level, so that we can stop this vicious cycle of students being pitted against local residents. That’s my motivation.

MG: The first point in the Liberal’s manifesto is “Vote Lib Dem for a Greener City”. If I want a greener city, why not just vote for the Green Party?

TJ: Simply put, because we have first past the post in this country. Obviously, that’s something that Lib Dems and the Greens want to change. But the fact is, if you vote Green, your vote is wasted. The parties that came first or second last time, have the largest probability of coming first or second this time. Unless you vote for those two parties, your vote is effectively lost.

And at the Lib Dems, we also have an extremely green manifesto. We want to green local spaces, we want to institute a target so that all buildings that are built carbon zero, we want to decarbonize public transport, and we want to make sure that community initiatives can flourish through volunteer networks and activists. Voting Lib Dem when you’re green is not really a compromise.

MG: You promise to “put Zero Carbon front and centre of all policies” while new developments should be “Net Zero”. So is it zero carbon or is it net zero? There’s a difference, you know.

TJ: Yes, there is a difference. It’s the net zero definition of the UK building body, which has a three letter acronym. I think it’s GB or GD something.

(A quick check after the interview reveals: GBC, who have a net zero definition which includes construction and operational energy)

MG: You proposed a motion that the St Peter’s JCR voice their regret about Oxford SU’s adoption of the Academic Hate Speech motion, which recommended expanding the University’s free speech policy so that hate speech on the grounds of gender identity, disability, and socioeconomic status are treated equally to groups protected by criminal law.

TJ: My issue is not in any way with the motivation for the motion, which I share, and which I think is absolutely the right one. My issue is with the fact that the motion was so poorly devised and put together that it left us in a situation where we were open to attacks from the sorts of people who would want to do harm to trans people, to LGBTQ+ people, to people of a particular ethnic minority or religious minority.

You see, the motion was so broad as to suggest that tutors should stop teaching particular texts or exempt students from reading particular texts, which may contain material which was harmful to them. Now, that in itself is not a bad thing. …

[The issue is that it] enabled the right-wing free speech warriors types of this country to pounce on us. And it gives further fuel to the fire that our students are anti free speech, and that students are intolerant of this and that and the other and should be kept in check. Once they gain the upper hand on that level, then they can introduce things like free speech warriors, as the government wants to, which would really shut down debate on important issues like trans rights, where we really shouldn’t be having much of a conversation, because trans rights are human rights. And if we allow them that kind of wiggle room to get in, and if we allow the government to kind of impose its side of the culture war on us, then the people who the motion sought to protect will be hurt even more. And that was my motivation.

MG: What would you to to prevent discrimination against these groups in Cowley ward?

As an example, regarding transphobia and trans rights: the most effective thing, first and foremost, is to be a visible ally. … [If] elected, I would be a visible ally. I am already a visible ally. I don’t accept a lot of the debate that’s going on in the press, and that the government’s trying to perpetuate, because maybe there really shouldn’t be a debate at all. And in my view, we should be shutting the debate down because these are cut and dried issues.

MG: In 2019, the Liberal democrats proposed to revoke Article 50 immediately and stop Britain leaving the EU without another referendum. What effects has Brexit had on Oxford and the wards you’re running in in particular?

TJ: For British home students, the single most important thing, apart from any political concern or apart from any, you know, particular attachment that people have to the EU, is the loss of Erasmus. That’s not a problem for the University of Oxford, which is extremely rich, and can support students for a year abroad. But for other universities, this has been an issue. I know of many modern linguists at other universities who it’s not that they haven’t been able to access equivalent funding. In future years, obviously, Erasmus is going to be replaced by the Turing programme, but this really doesn’t cover as much as Erasmus did. 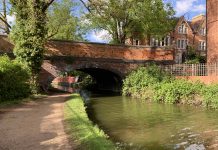 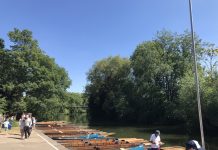 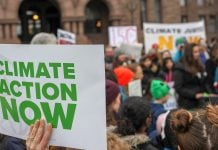 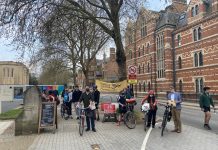 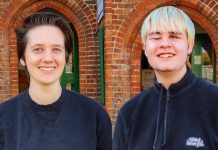