CherwellOxford\'s Independent Student Newspaper
More
Culture Books In and Out of Love: A Biblio-Biography 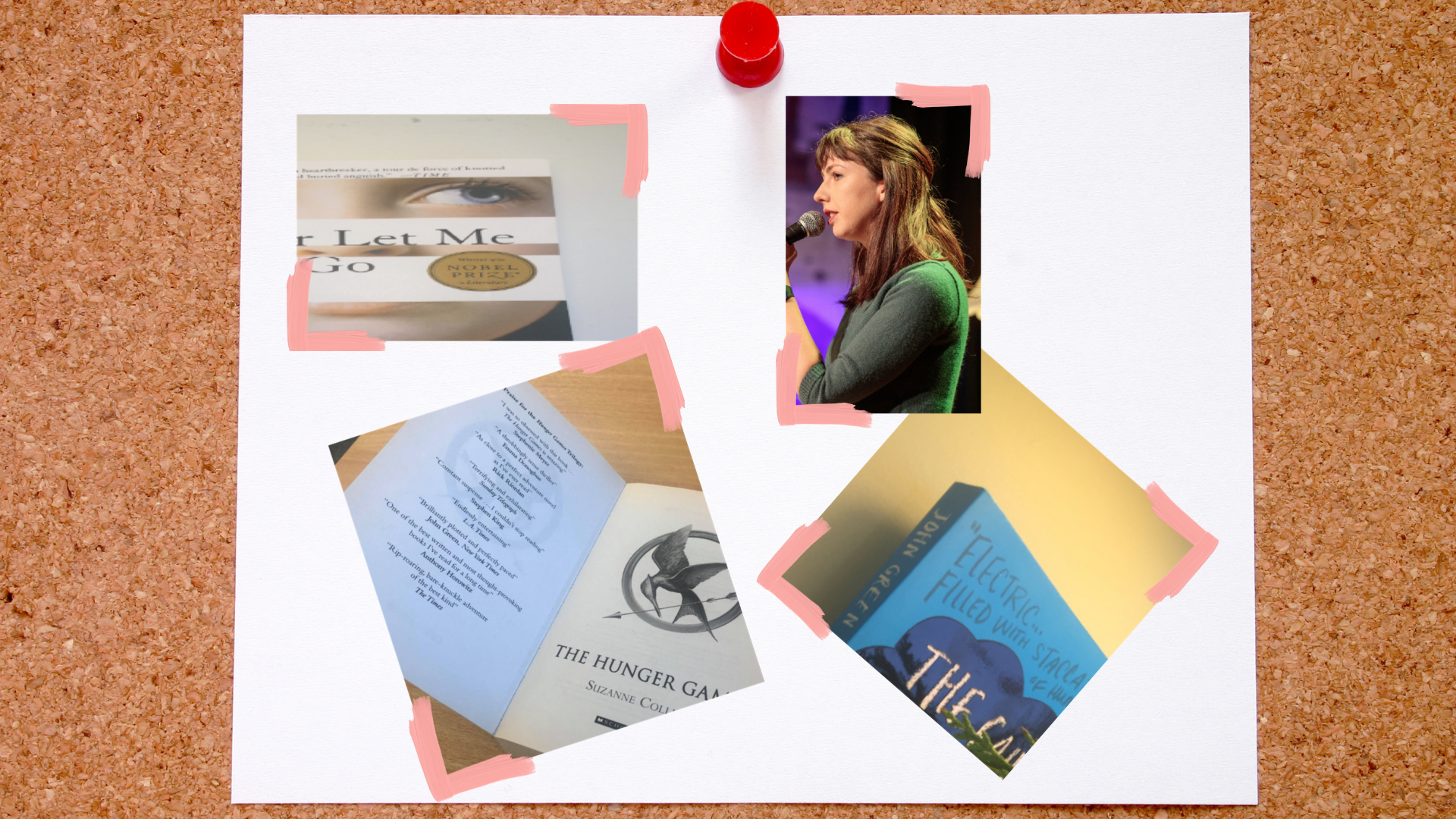 It feels weird to be writing about books again. I used to consider myself a huge bookworm, often getting through multiple books in a week, but, as is the cliché, I found that my attention span waned dramatically once I reached my mid-teens. It remains true, though, that the books I read growing up have had a massive impact on who I am now, and that there have still been some in recent years that have felt important to me.

The Children of the Red King series by Jenny Nimmo

Like everyone else under the sun, I was a massive Harry Potter fan growing up. I owned a Hermione wand, along with a copy of The Tales of Beedle the Bard and all the film tie-in books. I vividly remember going to the cinema to see the Half-Blood Prince adaptation aged nine (and hiding behind my mum’s cardigan at the sight of the nightmarish inferi), and taking the Pottermore sorting quiz for the first time (I maintain that it is flawed and I am a Ravenclaw, not a Hufflepuff). So why isn’t Harry Potter on this list then? It’s not just because I’m trying to be ‘not like other girls’. The Charlie Bone series shares many traits with Harry Potter: it similarly follows a boy who discovers that he is magic and the friends he makes at his magic school. What sets it apart most, though, is the fact that the school is for people gifted not only in magic, but in music, art, and drama, making it feel more grounded in real life. The Charlie Bone series was one of the first books that felt important to me because it creates a whole other world, like Harry Potter, but being less popular, its world felt like my own.

I first read The Hunger Games aged eleven, on a family holiday to France, and I was immediately obsessed. The gritty dystopian universe sucked me in from the start, and I got deep into the details of the world that Collins created. Embarrassingly, I won a school ‘Book Mastermind’ competition with the trilogy as my specialist subject, and to this day could tell you the names of minor characters and their districts of origin. The Hunger Games is also important to me as it started a prolonged interest in dystopian fiction and media. I went on to read every book of the genre I could get my hands on, from Divergent, Matched, and Uglies to The Handmaid’s Tale. I also did a project qualification on the popularity of dystopian fiction among young people, and it’s since been the subject of several articles I’ve written this year. The Hunger Games spawned for me a lifelong fascination with the world of dystopia – one that’s felt increasingly relevant recently.

The Fault in Our Stars by John Green

Following my obsession with The Hunger Games, I fell deep into the YA rabbithole. At this point, I was very lucky to get involved with the Guardian Children’s Books website, reviewing books like All the Bright Places by Jennifer Niven before they were published. I was also, regrettably, introduced to the concept of ‘fandom’. The Fault in Our Stars feels like the most significant book of the 2012-14 YA boom, but it’s also one that had an impact on my life in the real

world. My now very tattered copy of the novel was passed round every single friend I had in Year 8, and was something we all talked about – a lot. My best friend at the time scribbled ‘Augustus Waters’ on the back page of my Maths book, and my cousin and I made (really, truly, deeply terrible) music videos on the infamous VideoStar based on the plots of our favourite books. On a family holiday to Amsterdam I insisted on finding the sites mentioned in the book and seen in the film adaptation – at this point in time, YA lit, and this book in particular, was everything to me and my friends.

To this day, if I am put on the spot and asked about my favourite book, I will say Never Let Me Go. The novel combined my love of YA and dystopia with literary writing, allowing me to see that this all-consuming interest could become something more widely widely respected. I did a school project on the film adaptation in Year 9, and wrote about it for a film website this month: it’s a story I keep coming back to. At this point, however, I was also starting to run out of steam with my reading habits. I began feeling too old for YA, and was instead eager to find ‘adult’ books that still dealt with the kinds of themes and characters I enjoyed, and Ishiguro’s novel presented me with exactly that. I also saw myself in its heroine Kathy – her name was so close to my own and despite her dystopian situation she had similar stresses and insecurities growing up. Never Let Me Go showed me that ‘literary’ fiction has the potential to be just as gripping as YA, and presented a morally complex story that has stayed with me for several years.

Just as I was drifting away from fiction, I found myself falling in love with poetry. I stumbled into it, really, after entering a local poetry competition. Making it my entire personality, as you do when you’re fifteen, meant that I went and bought a selection of poetry books: it was Selling Manhattan that stuck. Duffy is one of the most well-known poets in the country, especially by my generation due to the fact that seemingly everyone studied the iconic ‘Valentine’ (the onion poem) at GCSE and can still quote much of it by heart, but for good reason. This poetry collection was the first to demonstrate to me that poetry can be fun, honest, and accessible, having had enough of studying the Romantics. A special mention here must also go to the Young Poets Network website, where I was reading many poems by other young people and finding just as much inspiration.

At sixth form, I read for fun less than ever before – with the exception of the new John Green book and everything Sally Rooney, I spent all my reading time diving into French lit in preparation for my personal statement and interviews. When A-levels were cancelled, however, I found myself with a lot of time to kill, and naturally turned back to reading. This time, I didn’t care about trying to find something ‘literary’, or something I could reference in a personal statement – I just wanted something fun to take my mind off the state of… well, everything. Red, White and Royal Blue did the job perfectly. The book is a ‘New Adult’ rom-com, and a really excellent one. It reads like fanfiction in the best way possible, indulging in tropes, an eccentric ensemble cast, and tooth-rotting romance. I’ve highlighted God knows how many lines, for both the exquisite writing and unexpected moments of relatability, and re-read the book at least three times in less than a year. It’s just so good, and reminds you that reading can be, above all else, fun.

The poem ‘Monica’ by Hera Lindsay Bird has been stuck in my head for years. It deals with pop culture in a way that’s fun and honest and heartbreaking all at once, constantly subverting your expectations and delivering a sucker-punch ending. Bird’s self-titled poetry collection was my reward to myself for making it through Hilary term from home, and it was great. It’s easy to get disillusioned with poetry when you read a fair amount of it, but Bird’s voice is so raw and clever and unique that it stands out from the crowd. I’ll mention it whenever I’m asked for poetry recommendations, and revisit whenever I want something non-fiction and non-French for a minute. For 2021, it’s the perfect balance of wacky escapism, and hard-hitting dealings with real world feelings.

There are so many more books that have had an impact on me: I couldn’t fit in my deep love for Stephen Chbosky’s The Perks of Being a Wallflower, my pretentious fascination with Macbeth, or my awe of I’ll Give You the Sun by Jandy Nelson. So many of us fall in and out of love with reading, but everything we read stays with us in one way or another. I look forward to being able to add to this list.