The Mechanicanon: AI and Literary Value 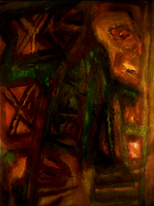 It has been said before that ‘the Canon’ is a fitting description for collected quality texts of literature, music, or art because of the fiery, and often explosive, debates that the constituent parts and powders end up releasing. Unlike many a preserved military device of the same name, no functional literary or artistic canon is a museum piece leftover from the Napoleonic Wars, even if a great proportion of their elements derive from such a period. Canons are loaded, ignited and fired into one another, not from opposing gunships (most of the time), but across the imaginary battlefields between Traditionalist and Activist intellectuals. As neither is at hazard of being genuinely blown up, their volleys continue.

These canonical debates have, since the dissimulation of many a national ideal or faith, consisted of a small number of a priori judgements based either in the heritage-value of writing about known authors or the justice-value of writing about unknown ones. It follows that these rows are as changeable as politics and as unempirical as religion. Yet, who is to say disorder is inevitable if we learn, over the coming years, to make our judgements of quality in art and literature as stern and knowable as those found in certain mathematical proofs? It is my fearful opinion that by exploiting the overlaps between literary study, neuroscience, and artificial intelligence we will eventually arrive at ‘The Mechanicanon’, a finite number of objective masterpieces, and fulfil this prophecy, even if doing so would consequently annihilate the very schools of analysis which have kept artwork human.

My argument presupposes that when the intelligent aspect of AI comes to surpass that of the human, in terms of accurately simulating reality, it will answer the question of why certain artworks bring many people a sense of absolution, communicated meaning, or quality. These AI selected texts shall form the Mechanicanon, which is so called because it at once describes a hyper-intellectual machine canon (Mechanicanon) and a device for measurement that exiles one consciousness in order to make severe judgements of the sense of absolution across many (Mechanicanon).

This sense of absolution is not the only emotional standard AI could find for enjoyment by simulating a generalised model of the human brain, but it is the only measurement for purpose and quality that seems to allow texts to be appreciated one generation after another, across cultures. This sense of absolution and its connection to the endurance of texts is similar to what a friend of Freud called the oceanic feeling in ‘Civilisation and Its Discontents’:

“. . . a feeling which he finds confirmed by many others, and which he may suppose is present in millions of people. It is a feeling which he would like to call a sensation of ‘eternity’, a feeling as of something limitless, unbounded, – as it were ‘oceanic’. This feeling . . . is a purely subjective fact, not an article of faith; it brings with it no assurance of personal immortality, but it is the source of religious energy which is seized upon by various Churches and religious systems . . . and doubtless exhausted by them.” (p. 24, Norton Standard Edition).

This is not to suggest that Freud’s (or my) explanation could ever calculate the sense of absolution in the same way that AI would measure it across the simulated brains of humanity. Instead, the inclusion of this paragraph is mainly meant to show that long before our species became aware of the mere potential for a Mechanicanon, we already knew of a common sense of intuited meaning that could be realised through an experience of religion or art.

Of course, it is also important to my argument that the friend in question becomes aware in this passage of the fact that the sense of absolution is at once utterly individual and common to all. According to them, the sense of absolution fulfils the private urges of the self and the implied urges of the collective, as if they were one and the same. It is a sense of universal shared meaning that can be channelled in ‘millions’ through their exposure to certain texts, and therefore implies a hierarchy distinguishing the texts that can generate this feeling from those that cannot.

As someone who experiences something like a sense of absolution just from reading the extract of Freud I have presented, I find it surprising that we have only recently found out this hierarchy of texts has a neurological basis common to many people. For instance, the still-developing field of music therapy identifies certain well-organised, harmonious and calming pieces as effectively reducing the symptoms of dementia in broad groups of patients provided they listen for approximately thirty minutes at a time. Patricia A. Tabloski was responsible for finding that the first movement of Mozart’s ‘Sonata for Two Pianos’ generated the ‘Mozart Effect’, an intelligence enhancement in patients perhaps to do with the organisation of the cortical firing pattern for spatial-temporal processes. The other piece that produced a similar response was Pachelbel’s ‘Canon’, which appeared, in the same experiment, to produce a calming effect on the emotions of numerous patients and on the limbic system and parasympathetic nerve system. Both these successful pieces are pieces with a history of criticism describing a responsive sense of absolution in the listener.

What is perhaps more interesting is the fact the subsequent study ‘Adjunct effect of music therapy on cognition in Alzheimer’s disease in Taiwan’ found the same music tended to produce the same effect on listeners despite their being of a different cultural background. As the study went, it found there was not much evidence at all that Pop Music, Dubstep or Rap create a comparable effect, even in the case of those few examples which are supposedly calming in nature. This rejects the argument that the sense of meaning or absolution we get from music or art is culturally determined. Instead, it indicates that certain ‘high’ artworks are not only more powerful in terms of the effects which they produce within us, but better for us; ameliorating our pain.

Nevertheless, I do not mean to equivocate the effect of music on the human brain with the effect of literature. There are already papers which suggest that a history of reading and writing can reduce the brain’s vulnerability to dementia, but as reading is a longer and more time-consuming task than listening to music, we are less certain that human studies would separate ‘high’ works from ‘low’ as simply as in the case of what is read as opposed to what is listened to. It should also be mentioned that the positive effects of ‘high’ music on the brain do not directly imply a sense of absolution in the listener. It could be that the participants experienced a sense of heightened intelligence without the awareness of eternity that Freud or myself describe. Such a standard of true quality, for all its rhetorical sense, could be indebted more to culture than biology. But even if this unlikelihood is true, it does not undermine my argument that an AI simulation of all humanity’s potential brains could find certain pieces of artwork that would always produce such positive effects as Tabloski describes as well as the sense of absolution which we describe.

As soon as AI develops to the stage where it can accurately simulate a person’s cognitive responses, it shall be able to effectively measure which texts, literary, musical or artistic, produce the sense of absolution according, not to our definition, but that of its own supreme intelligence. If it averages its study across all potential human brains of all cultures using all known texts, it shall either calculate a number that are pleasing to all or pleasing to each culturally divergent group of human being. In this sense, the Mechanicanon will either be one whole (provided that culture does not have a large effect on the neurology of what is the experienced sense of the absolute) or divided into several parts (provided that it does).

This second option of a Mechanicanon divided between cultures will not be ideal, but it will still be very useful as it shall inform critics that certain cultural modes of textual experience are incompatible. We should say that the aforementioned studies and the long history of cultural exchange between peoples do not imply this will be the case, yet, even if it were, the divided Mechanicanon produced would still calculate an absolute standard of value for an individual within his respective culture.

We must also remember that once AI reaches the stage in its development where it will be capable of these beyond-human measurements, it may well choose a different category for quality measurement than I generalise as the sense of absolution. I firmly believe that from my experiences it is this term that best describes what separates a ‘high’ or canonical text from a ‘low’ or non-canonical one. Still, this judgement has been inevitably skewed by my possession of a single human mind that cannot evaluate itself effectively.

An advanced future AI that can interrogate the mechanisms of many human minds while at once remaining an accurate and detached mathematical unconscious will find a better word, a higher standard, and perhaps a stronger sentiment that it will use to qualify the texts of which the Mechanicanon should be made-up. For example, it might be a memory and the sense of a common memory between people that produces the awe of reverence rather than the obscure and placeless sense that I have identified. Potentially, an AI’s advanced study of overlapping human memories and the sentiments of memory would spawn a Mechanicanon before an investigation into my ‘sense of absolution’ would.

But, whether my term comes close or far from describing the AI’s standard, the influence of its evaluations shall be as creative to any study of artwork as they shall be destructive. After a brief period of resistance, I believe the critic will become either a person of science or a disgruntled hobbyist. When an AI can learn to measure the values of texts quicker and better than they ever could, it is logical for them to take on the role of its translator to the general public or give up their office. The first, I must add, will only be possible if the AI in question does not become its own most effective translator and completely subordinate those intellectuals. I hold it highly unlikely that any field of literary or artistic scholarship shall survive beyond the professor’s book-club or the public theatre.

It is the unsolvable debates about the Canon which have kept the related schools of literature, art, and music in a state of ambivalence for as long as the sciences have created measurable progress. The Mechanicanon, in other words, shall be a school in itself that requires no human to listen to it. Or, to return one last time to the metaphor of the military cannon, this new one shall – by learning to load and fire itself – exile us from even counting as its projectile or target.

Artwork by the author