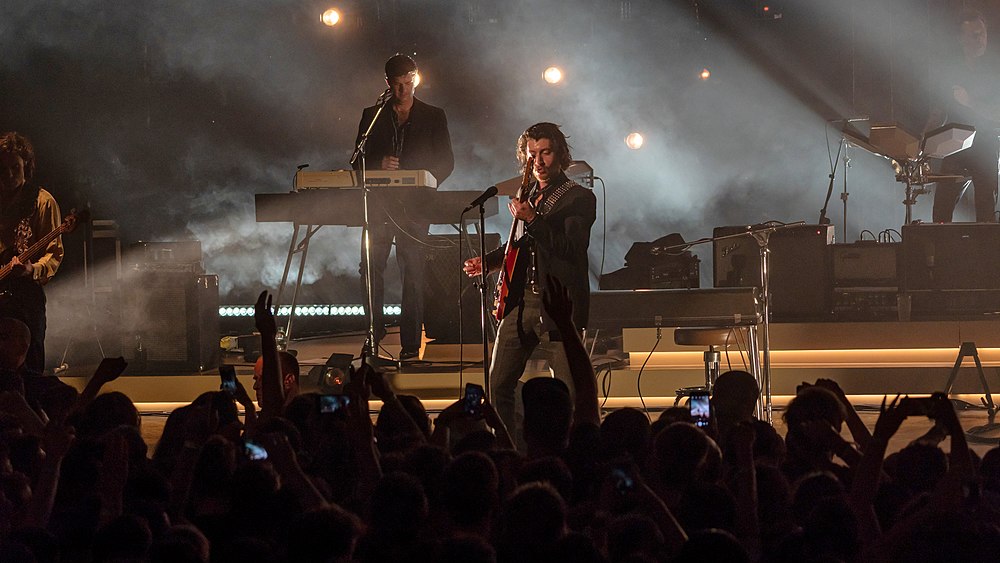 On ‘Fake Tales of San Francisco’, the third track from the Arctic Monkeys’ acclaimed debut album, lead singer Alex Turner bemoans the fakeness and arrogance of the British music scene. He urges them to ‘get off the bandwagon,’ for ‘you’re not from New York City, you’re from Rotherham.’ In the 15 years since the album became the fastest-selling debut effort in British history, the band have almost become the very thing they laid into so viciously. Turner’s stage presence has evolved from that of a fame-wary teen lad with greasy skin and a thick Sheffield twang to a cocky frontman with greased-back hair and an ego with its own gravitational pull.

That’s not to say the Arctics’ frontman hasn’t earnt it. In the decade-and-a-half of their existence, the South Yorkshire foursome have become British Indie’s cliché: six number one albums, seven Brit Awards, and two acclaimed Glastonbury headline sets. The band have transformed into something bigger than themselves. They have broken America and pushed musical boundaries – particularly on their most recent effort, Tranquillity Base Hotel and Casino; this record sounds like the musical outcome of setting David Bowie on an LSD trip with a vintage Moog synth and a thesaurus. But as much as Turner tries to hide it under a throaty snarl, his Yorkshire drawl still tells of where the band’s origins lie.

The Arctic Monkeys first opus, 2006’s Whatever People Say I am, That’s What I’m Not, has the band’s roots in the post-industrial, working-class north running through its core. Turner’s lyrics, inspired by Lancastrian performance poet John Cooper Clarke, detail every aspect of a night on the town, from the anticipation, trying to pull, bartering with bouncers, being propositioned by prostitutes and even getting a taxi home. The sentiment of local identity is perfectly surmised in the closing track ‘A Certain Romance,’; though it bemoans the towns low fashion and ‘kids who scrap with pool cues in their hands,’ it resolves into a statement of “this is our town, our culture, and we’re owning it.”

Arctic Monkeys, like many before them, started as a local sensation: they played packed out gigs in small Sheffield venues, and their fame spread through word of mouth and the band’s mixtape Beneath the Boardwalk. The band were not the only ones emerging on the blossoming Indie scene, British rock’s most significant new movement since Britpop: Kaiser Chiefs rambunctious debut effort had been a chart stalwart for all of 2005; and Elbow, The Libertines and Bloc Party had been building followings after acclaimed debuts. But Turner’s crew had at their disposal a brand-new way of accessing their audience: social media.

The band had created such a colossal internet following on MySpace that fans could sing every word to the band’s songs at concerts before they had even released an album; music labels were clamouring to sign them. The sensation that surrounded the release of their debut was the culmination of a very modern musical revolution that would change the way music artists accessed their audience. The band were able to go from a fringe local act to a mainstream artist in almost an instant. This allowed their first effort to become the best-selling debut album of all time, setting a precedent for the future of the industry. Arctic Monkeys gave the young people of Sheffield, and indeed the North at large, music they could identify with, which reflected their experiences. Thanks to the arrival of social media, they were able to access their audience like never before.

The Arctic Monkeys are not the first genre-defining act to emerge from a local furore. Even ‘bigger-than-Jesus,’ forefathers of all modern pop, The Beatles started as a deeply local sensation, with crowds swamping the musky basement of the Cavern Club in Liverpool, just to get a glimpse. The city was still recovering from wartime destruction and the decline of the manufacturing industry, finding itself consistently smeared by the national press and government. Liverpudlians needed something to raise their identity from that which undeservedly attracted the scorn of the masses. It came through music.

Guinness World Records lists Liverpool as the ‘World Capital of Pop.’ Where the Beatles laid the tracks, acts like Billy Fury, Cilla Black, Frankie Goes to Hollywood and Echo and the Bunnymen became some of pop’s most successful acts, leading the ‘British invasion’ of the American charts, and providing the city with an identity on the world stage as a centre of cultural significance.

The 80s brought Manchester its time in the cultural spotlight. The ‘Madchester’ scene centred around acts like New Order, Stone Roses, Happy Mondays and Inspiral Carpets. The movements activity hub was the famed Hacienda club, owned by members of New Order. Police noted that the emergence of the music subculture in Manchester saw reductions in crime and football hooliganism which had previously stained the city’s reputation on the national stage.

People were not just listening to the music; they were living the music. The scene had provided people with an identity, a lifestyle, that would see 1988 coined as the ‘Second Summer of Love’. The city’s musical prowess shone into the 90s, with Britpop poster boys Oasis pulling Manchester’s reputation to that of a positive Mecca of music. Britpop would also see other Northern acts become icons, including Sheffield’s Pulp and Wigan’s The Verve; this set the scene for the Indie movement that, once again, saw northern acts at the forefront of British music.

Bands with strong local followings such as The Sherlocks, The Lathums, and The Lottery Winners show that both indie music and naming conventions are still thriving, and bands like Manchester’s Pale Waves are incorporating electronic influences, bringing the genre into the modern era. The face of the North, however, is changing, with increasing investment and a more diverse population, and the music scene is shifting with it. The small concert venues that local acts feed off are struggling, as the way people consume music changes.

Artists are increasingly turning to social media and music sharing platforms like SoundCloud to hype their music. This allows smaller artists to reach not just a local, but an international, diverse audience. Manchester in particular has one of the most active electronica scenes in the country. Grime artists such as Bugzy Malone and Aitch are achieving chart success to rival their London counterparts; they are rising to fame by constructing a large online fanbase, whilst keeping their Northern roots at the fore. For musicians, it’s a case of adapt-or-die. But while local artists can appeal to a larger variety of listeners with social media, the aforementioned artists show that Northern identity still persists strongly.

For the Northern communities left behind in post-industrial Britain, music provided an identity beyond that they had been assigned by the press and government. No-one wants to be defined by suffering. Music gave northern communities the chance to be known for something much more positive and enduring. In this desire to forge new identities, music acts continuously pushed boundaries. This threw them right to the top of the British music scene, forging not just local pride, but international recognition. While Northern communities have seen great changes, their musical prowess has remained constant, and will certainly persevere into the future. 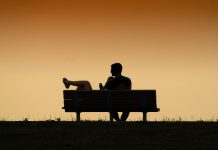 Submarine: A Study in Soundtrack Writing 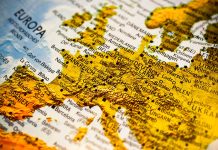