Khadijah Ali on how hair plays an integral role in our identity. 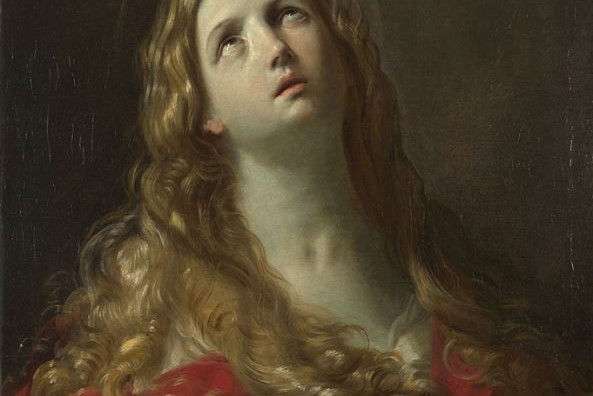 Everyone’s hair plays an integral role in their identity and how they are perceived by the world. We change up our hair like we change our style of clothing every once in a while, to express our personalities and the stage of life we’re at. Girls are typically associated with having a drastic hair change when they go through a break-up: she moves on from her old hair in the same way she moves on from her ex. Particularly during our teenage years, we experiment with new hair colours and styles as we explore who we are. But how much does our hair define our identity and influence the preconceptions people have about us?

Blonde, brunette, black, ginger. Each hair colour has different connotations and characteristics attributed to them throughout history or due to popular culture, playing a huge part in how a woman sees herself and how she is perceived by others. I’m sure we’ve all heard blonde jokes or can think of ‘dumb-blonde’ movie characters. One of the most blatant Hollywood characters that springs to mind is Poppy Moore from Wild Child. As a blonde, she is reckless, rude and shallow-minded. As soon as she has her hair dyed brown, she somehow instantaneously becomes a different person. Another character whose hair plays an integral role in her identity is Elle Woods from Legally Blonde. When her boyfriend breaks up with her, she asks him if it’s because she’s “too blonde?”. Elle later discovers that he’s engaged to a sensible, high-status, soon-to-be-lawyer who, you guessed it, just happens to be a brunette! Elle grows to become a successful law school student, in spite of being a blonde female. Why should the colour of someone’s hair be a determining factor in their capabilities?

One of my favourite childhood books was Anne of Green Gables, in which the main character is portrayed as a fiery, short-tempered, and daring girl. She is regularly reprimanded and told she is “wicked” on account of her red hair. “You’d find it easier to be bad than good”, Anne claims, “if you had red hair.” It’s not just Anne though, redhead characters in books and films are regularly portrayed in a similar way: Hetty Feather, Merida, Annie. How can the colour of someone’s hair determine their personality traits? It’s not just popular culture though. In various times and cultures, ginger hair has been prized, feared and ridiculed. Between the 16th and 18th centuries, many people believed that redheads were affiliated with witchcraft, many of whom were drowned or burned at stake in an attempt to cleanse society of witches.

I’ve been asking myself how much hair colour plays a part in my identity. Over the past years, my hair has been through a (rather concerning!) number of changes, all of which have coincided with major life decisions or personal crises I’ve had. I’ve realised that one of my ways of coping with stress is to change my hair. At the beginning of 2019, when I was stuck in a rut about what I wanted to do with my future, I cut myself a fringe 15 minutes before I needed to leave the house. Before my 18th birthday, I trimmed a few inches off my hair as I no longer wanted to be seen as a child. During exam season in Year 13 I cut, then dyed, my hair after two horrendous exams that left me feeling despondent. By changing my hair in these situations, I felt that I was able to move on from a situation and feel like a new person who could tackle whatever I was facing.

I recently decided to dye my hair burgundy, and a couple of days ago I cut my hair to shoulder length. Perhaps it was to signify a new part of my life: the part of my life in which I’m growing up, learning to take myself less seriously, and having FUN! Burgundy reflects how I’m being bolder and braver, and no longer constricting myself to the rules and regulations I was subjected to for years at school. At school, I was regularly in very formal settings where I didn’t think it would be appropriate to have a wacky hair colour, fearing judgement from other people. But I’m now learning to care less about what other people think and express who I really am.

I have (sadly!) been gifted the gene of a babyface, and, even at the age of 19, I am regularly told that I look 14, 15, or (to my absolute horror) 12 years old. I find that when I’ve got longer hair or leave it down people tend to think I’m much younger and that I’m naïve or immature because I look ‘more girly’. It surprises me that the length of a woman’s hair can affect how she is treated by others, whether she is treated as a girl or a woman. In a male-dominated work-world, if I want my voice to be heard and respected, I have to tie up my hair and get the job done. I don’t think that girl’s hairstyle should determine the level of respect she receives. But the world we live in means that, sometimes, she has no choice.

At the end of the day, even though I’ve been through a plethora of hair styles and colours ­–long hair, short hair, fringe, no fringe, brown hair, blonde dip-dye, slightly ginger, black hair, and burgundy hair – I’m still the same girl underneath: no matter how much my hair changes, I remain the same person with the same brain and heart.

Do you agree with my views on hair length and colour? How does stereotypical hair colour tropes influence how you perceive someone? And to what extent does your hair colour play an integral part in your identity?