The environmental group have paraded a white elephant through the city centre to protest HS2, Sasha Mills reports. 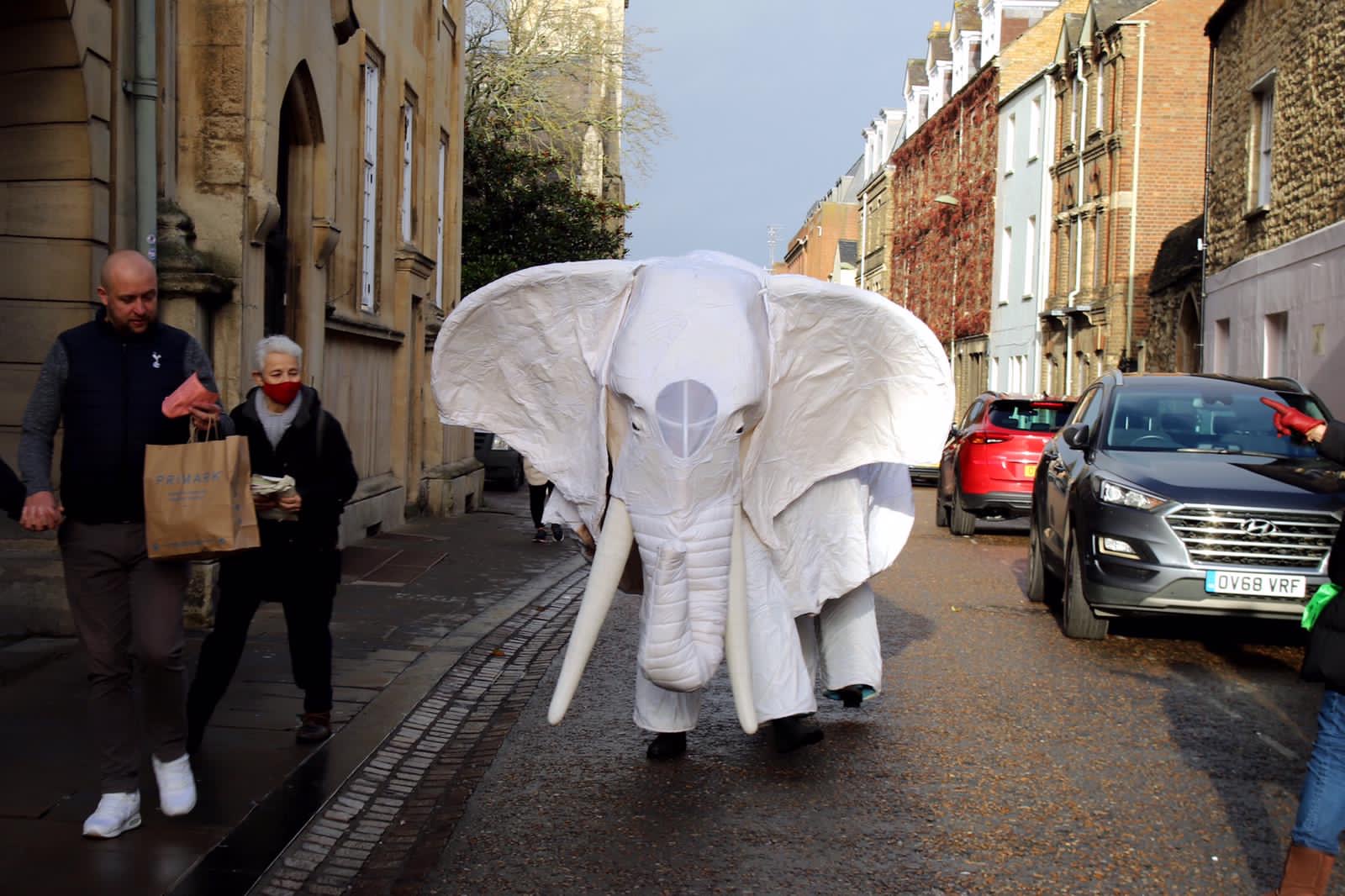 Members of the environmental group Extinction Rebellion dressed up as a white elephant and walked through the city centre in protest of HS2.

HS2 is a high speed railway project linking up London to the Midlands, the North, and Scotland. A white elephant has, in modern usage, become synonymous with a building project or scheme that is considered expensive without adding use or value to society.

The protest against HS2 is being led by Chris Packham, TV naturalist and presenter. Members of Extinction Rebellion Oxford have been some of the most active protesters in campaigning against HS2, which they describe as “the most environmentally-damaging development currently occurring.”

Michael Taylor of Extinction Rebellion Oxford told Cherwell:  “HS2 claims to expand capacity on the rail network but it does this in the most expensive, least useful, least effective, most destructive way. It is a classic white elephant.”

“It is not going to have a significant effect in taking drivers out of their cars or freight off the roads, it is simply a faster way of train travel for people who would already travel by train.”

Jessica Upton of Extinction Rebellion Oxford said: “I’m very pleased to hear Chris Packham announce a petition to get HS2 stopped. The money being squandered on the white elephant that is HS2 should be used for reopening disused lines (eg from Oxford to Witney) and the full electrification of the rail system.”

“Public transport use is very low at present and the Government needs to be putting in place better public transport options for after the covid crisis. It should not be funnelling the funds into environmentally destructive high speed train lines. Our Oxfordshire community has very limited use for HS2 yet our taxes are paying a heavy price towards it. Estimates of eventual cost suggest that HS2 could cost over £100bn or over £300 million per mile of track.”