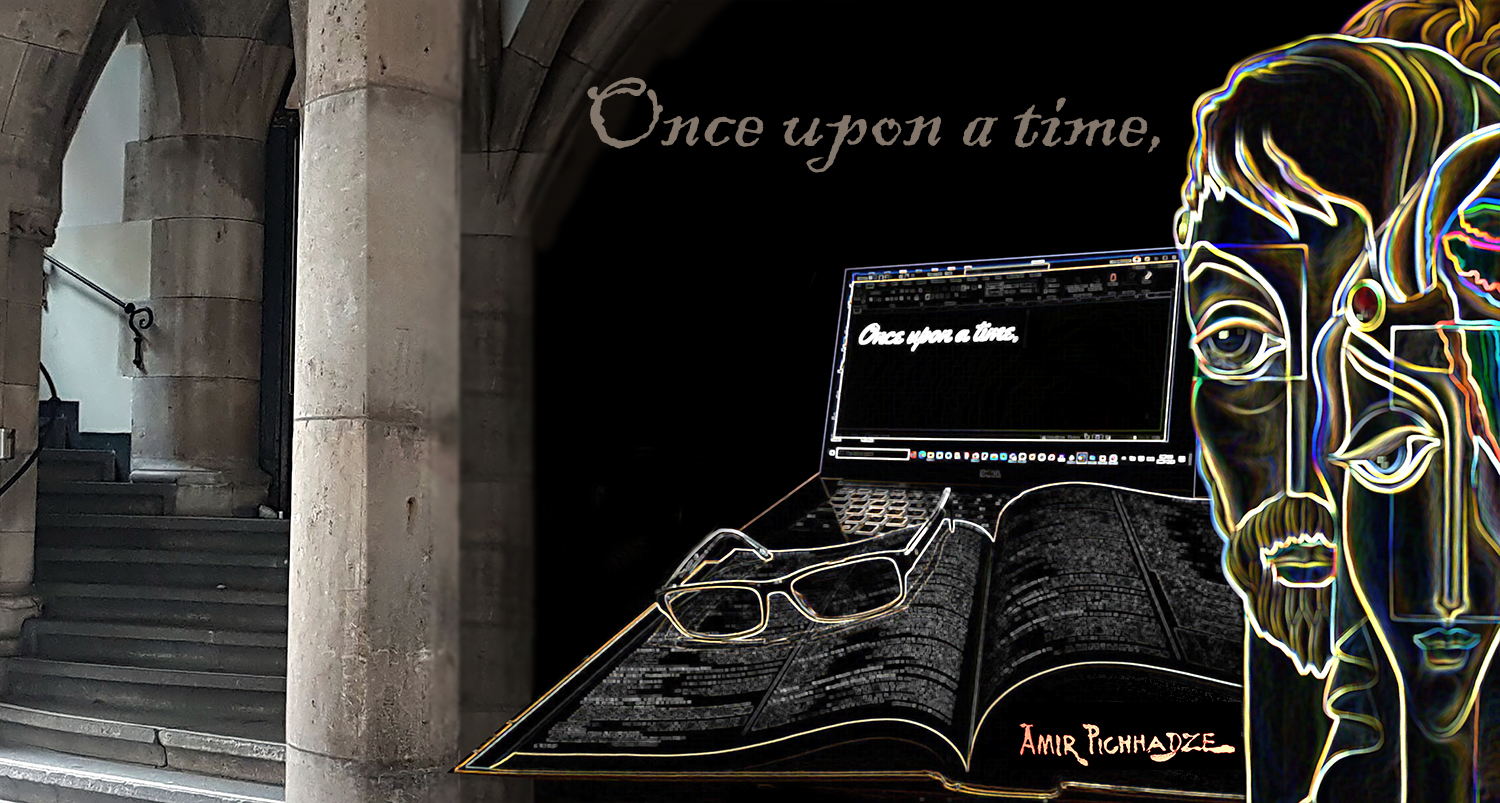 The subtle majesty of Hamnet, Maggie O’Farrell’s eighth novel,would have been welcome in any year, but it was a particular blessing in March 2020. A story about grief and art and living in close proximity to people you don’t get along with all the time – and also about the plague, of course. It’s distant enough in its setting (the late sixteenth century) to count as escapism, and yet still close enough to be felt, in the first plague year that most of us in the West can remember.
The focus is the death of William Shakespeare’s son, Hamnet, in 1596, and the subsequent writing of Hamlet. That’s not a spoiler; we’re told of Hamnet’s demise on the first page of the book. O’Farrell breathes new life into the connection trotted out in countless first-year English essays, building her story around Hamnet’s mother Agnes and her otherworldly powers of prophecy and herbalism. Shakespeare is never even named – instead he is “the tutor”, “Agnes’s husband”, “Judith’s father”. In this, O’Farrell makes the familiar strange again: nothing is certain, not Shakespeare’s legacy, not Hamnet’s death, and least of all the creation of the most famous tragedy in history.
Death was a constant companion in sixteenth-century England, and it hovers behind Hamnet’slines, as it does in O’Farrell’s previous work, “a life told through near-death experiences”. This, again, makes the novel both easier and harder to read in 2020: up until this year, our cultural consciousness had been moving away from death. The bodies stacked in streets and the ever-present threat of a danger we cannot see has brought it thundering back. But Hamnet isn’t mournful or fearful. Its quiet, powerful climax instead affirms the courage and beauty of carrying on, even when it feels like you can’t.

It is impossible to find more thorough, detailed and emotive accounts of atrocities than first-hand experiences, and Elie Wiesel’s Night is perhaps one of the most essential. In the Spring of 1944, Elie and his family are evacuated from their Jewish ghetto in Hungary, and loaded onto cattle trucks bound for Auschwitz. What follows is an account of unimaginable horror, illustrating what we can only hope to be the limits of human cruelty. The narrative flows almost as a stream of consciousness, interwoven with visceral poetic language and images of utter hell. At times we are even witness to Wiesel believing that he is about to die; ‘Deep down, I was saying goodbye to my father, to the whole universe’. The head of Block 17 at Auschwitz announces with tragic accuracy that, ‘Ahead of you lies a long road paved with suffering’, and it is this concept of suffering to which Night lends itself as an eye-opening book. It is absolutely relentless from beginning to end, and provides a harrowing account of the dehumanisation of the Jewish people during the Holocaust. Wiesel himself remembers that ‘I became A-7713. From then on, I had no other name’, and that on the brink of complete exhaustion, ‘I moved like a sleepwalker’. I could easily recommend Night for its educational and historical value alone, but for me it is much more; a deeply powerful meditation on the human condition and the resilience of spirit in a time when, ‘One died because one had to’. Wiesel’s account is a triumph of mind and body over the greatest adversity, and despite the unforgiving bleakness of the events described, it leaves me with a sense of hope; the hope that, as a species, we can overcome the worst times and build rewarding relations with each other long into the future. In a year which has tested humanity more than any other in my lifetime, I believe this book has the ability to ground us with the idea that we are indeed stronger than we may think. Night will always remain relevant, but especially so in 2021 as the number of Holocaust survivors decreases by the year, and the responsibility of keeping their memory alive only deepens. Furthermore, forced labour camps still exist around the world today, and it is accounts like Wiesel’s which remind us that we cannot just be spectators to injustice.

The force of non-violence: An Ethico-Political bind — Judith Butler

Is it necessary to resort to violence in order to influence social and economic change, or could and should change happen through non-violent tactics? Judith Butler recently addressed such questions in her book The force of non-violence; An Ethico-Political bind.
Butler analyzed violence and non-violence from different perspectives and identified different forms of nonviolent tactics of resistance, such as demonstrations, marches, boycotts and vigils. She claimed that, ideally, society should employ non-violent rather than violent options. Doing so is seen as a ‘global obligation’ for all of us.
Butler presents an ethical justification for pursuing non-violence as a form of resistance. Her arguments are based on different assumptions and assertions. For example, it is suggested that people are interconnected and therefore violence against another may end up also affecting one’s own self or some other interconnected person(s). The justification of violence as a form of self-defense is thus placed into question. Moreover, as she points out, everyone is ‘grievable’ by someone thus people share a moral obligation to not cause harm to others.
To these ethical considerations, we would like to emphasise as well the legal incentives to non-violence. Of course, different forms of violence may be prohibited by law, so there is an incentive to avoid being an aggressor. Moreover, there is also a legal incentive to maintaining a reputation and record of non-violence in case one becomes a victim of harm. For example, in the criminal case R v Dejong (1998), evidence of the victim’s prior history of non-violence was in question for the purposes of assessing who was the real aggressor in a charge of second degree murder. More recently, it was explained by the courts that while, in general, the character of a victim of a crime is irrelevant and neither the accused nor the prosecutor may lead such evidence, “evidence of the disposition of the deceased may be relevant to a charge of murder where the accused relies on self-defence.” (R v Ziegler, 2016).
Butler’s analysis has attracted both praise and criticism. We recommend Butler’s book and encourage readers to critically question the merits of her claims.

If we’re talking best of 2020, Pretending is definitely it. Holly Bourne’s second book for adults is a masterpiece. Released this spring, I picked it up mid-lockdown and devoured it. Since then, a further four (!) friends have read it and loved it, so I now feel well-justified in giving it a glowing recommendation.
The story follows April, a woman in her early thirties; sick of men on dating apps, she decides to reinvent herself as ‘Gretel’. Gretel is cool, aloof, and, as April states, the embodiment of the “Regular Everyday Manic Pixie Dream Girl Next Door with No Problems”. In essence, she is the girl many of us have asked ourselves if we need to be more like. April herself is unlike many other female protagonists I’ve read. She is angry, she is funny, she is tired. Above all though, what I loved about her is that she felt complex and real.
Under her new persona, April meets Joshua, and we get to watch their relationship develop, but Pretending is about much more than just that. Throughout the book there are prominent themes of sexual assault and rape which can make for difficult reading at times. However, the way Bourne writes about these events, along with the PTSD that can follow them, is both sensitive and powerful. I had to regularly pause to really digest what I’d read. A few other reviews have said this book is too bleak, and, yes, it certainly won’t be for everyone. However, I’d encourage you to read it if you want something that will take you through every emotion under the sun in 400 pages and leave you with much to think about and discuss once you’re done. 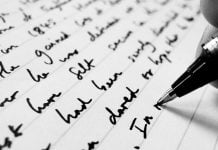