Long time, no see! Sophia Loren, Italian star of ‘60s classics such as 1963’s Yesterday, Today and Tomorrow and 1964’s Marriage Italian Style, commands the screen in her son, Edoard Ponti’s new Neflix film, La vita davanti a sé (The Life Ahead) after a decade’s well-earnt rest from the camera.

It is clever casting. Loren is a renowned sex symbol, but her acting career has approached the female body and issues of sexuality with nuance. In the anthological Yesterday, Today and Tomorrow she portrayed an overrun, working-class, Neopolitan mother of many (many, many) children; an elegant member of the Milanese bourgeoisie engaging in a marital affair; and a Roman prostitute, all in the same film, but her Academy-Award winning performance came in a lesser-known, grittier release several years beforehand.

La Ciociara (1960 ‘Two Women’) centres on the rape of a Roman businesswoman and her teenage daughter. They flee to the mother’s rural home from the bombing of Rome in the Second World War, to find that violation rather than refuge awaits them there.

So Loren has depth. Her profile spans female sensuality, yes, but also the fierce protectiveness of motherhood and the brutality of trauma.

All these elements unite perfectly in her depiction of Madame Rosa, an Auschwitz survivor and retired prostitute, in Edoard Ponti’s adaptation of Romain Gary’s 1975 novel, La vie devant soi. A photograph of the iconic young Loren features in La vita davanti a sé, but Loren’s weary, wise Madame is far more arresting.

La vita davanti a sé is streaming on Netflix after Covid concerns prevented its release in cinemas. Ponti’s decision to shift the French story to an Italian setting and context is an interesting and risky one. Holocaust survival is a more frequent theme in French artistic culture than it is in Italy. La vie devant soi was first adapted as a French film, Madame Rosa (1977, d. Moshé Mizrahi), and these resonances continue in the recent Italian release.

But the shift works. As does the concept of Madame Rosa’s creche for the children of local prostitutes, transferred from post-war Paris to Bari, a coastal town in the southern Italian region of Puglia.

The film is a meeting of traumas rather than the retelling of the aftermath of a singular experience. Madame Rosa’s presumed PTSD from her imprisonment, accompanied by a decline into old age (perhaps Alzheimer’s), is preceded and juxtaposed by joint protagonist, Momo’s, history.

Newcomer Ibrahima Gueye is spectacular as the Senegalese orphan who turns to drug-dealing for a sense of autonomy and community after being shunted through the Italian care(less) system. His mother, another prostitute, is implied to have been murdered by Momo’s father after she decided to stop her sex-work.

We are not kept in the dark about these tragedies, but La vita davanti a sé’s timeline tracks the period of reconstruction following loss, rather than the dreadful grind towards crisis. It draws here on the key principle of Trauma Studies: that trauma is first processed, and therefore experienced, after the event has occurred. The understanding that Madame Rosa and Momo build together after a rocky start embodies Cathy Caruth’s message that history ‘[…] is never simply one’s own […] history is precisely the way we are implicated in each other’s traumas’. The same statement could, in fact, be applied to La Ciociara.

It would make sense, then, that Ponti’s creation is heavily Freudian. Lost and rediscovered parents crop up all over the place. Momo has lost his mother, but finds an alternative in Madame Rosa; as does Iosif, the child of another prostitute who endures a long separation from his mother before she comes back for him; Lola is a prostitute who is reunited with her estranged father after he asks to meet his grandchild, Babu. It is through allowing Momo to finally be a child that, ironically, the parent-child roles are reversed and Momo cares for Madame Rosa in her decline.

That’s not all. Sex and death structure the film, with its framework provided by prostitution and the looming threat of Madame Rosa’s demise. Madame Rosa retreats to tunnels underneath her apartment block in order to reflect, using them as a safe space. Ponti suggests that the character feels most secure in her subconscious, the place where most of us fear to go.

These structural Freudian elements are elegant: but some other features are overdone. It seems too much of a coincidence that (the presumably Jewish) Dr. Cohen bears more than a passing physical resemblance to Sigmund Freud. Momo’s subconscious desire for affection and protection is symbolised by a CGI lioness; in the leagues of computer-generated clumsiness, it is second only to Katniss Everdeen’s horrific baby closing Mockingjay: Part Two.

La vita davanti a sé’s strength lies not in its subtlety, however, but in its simplicity. The cast shines brighter for being small. At a time when the future is particularly uncertain, and the longer-term psychiatric effects of Covid-19 are receiving more media coverage, the film’s emphasis on trauma, and on that which lies ahead, strikes home. Covid does not feature at all in the film, so it is an interesting overanalysis to point out that the two protagonists are elderly (Madame Rosa) and Black (Momo) respectively, representing two of the demographics most at risk of contracting the virus.

We close on the image of a pathway and the tones of Laura Pausini’s song, ‘Io sì’: ‘Non lo so, io, che destino è il tuo’, ‘I do not know what your future is’.

Cheesy? Absolutely. True? Completely. As is the major take-away: that we are by nature connected, and we cannot help but rely on each other as we go on surviving. 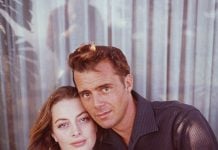 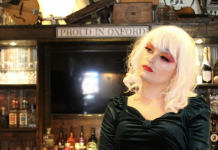