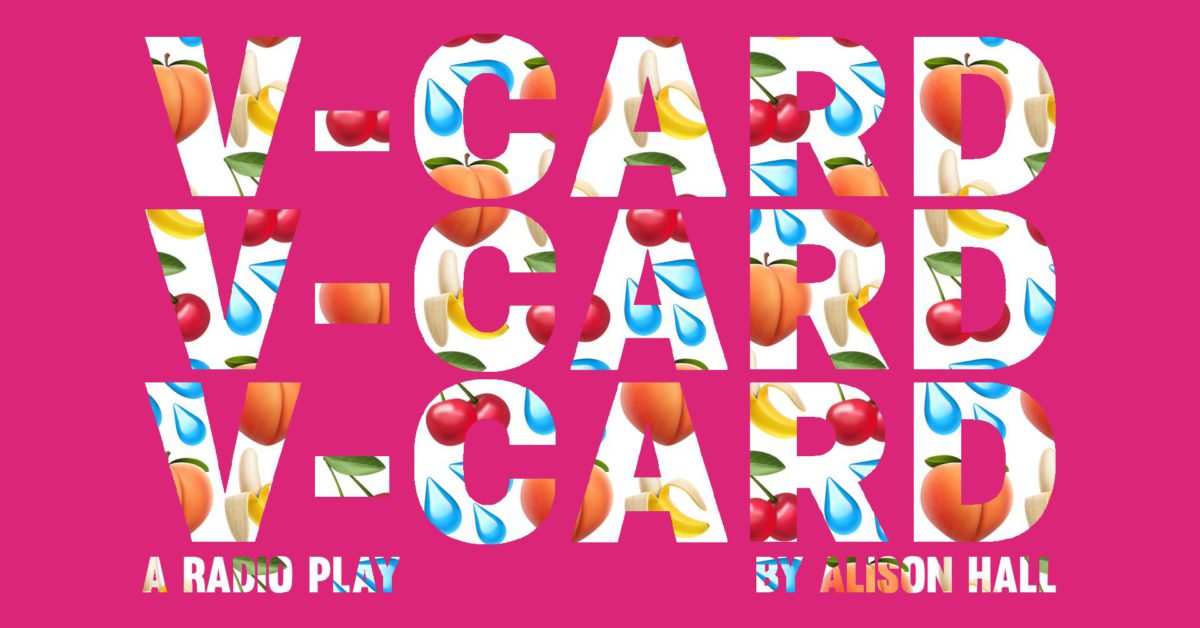 In a term devoid of live theatrical performances, I was sceptical about whether a radio drama could fill the space that the pandemic so thoughtlessly emptied, particularly one originally destined for the stage? The answer is yes – if Alison Hall writes it.

V-Card is refreshing, eye opening and, at times, a tad awkward, a description which perfectly captures university life. The radio play is what writer, director and co-producer Hall titles the “third incarnation.” After several setbacks last year, the impact of the pandemic resulted in the drama being adapted as a radio play.

The play cracks the virginity myth wide open. Hazel (Ellie Fullwood), a third year student who has never had sex, and when Erin, her friend who seems to have more sex than essay deadlines, reveals this fact to the group during their ‘seshing hour’, Hazel puts the “future of [her] vagina” in the hands of her moronic friends. The complicated and sometimes tense group dynamic between Hazel the virgin, sexually active Erin, Nick who has a ‘literally real’ girlfriend, and Dylan, a guy who ‘obviously’ doesn’t hate women, is typical of a college household.  They set about finding someone for Hazel so that she loses her virginity before her twentieth birthday (a twenty-year-old virgin being significantly more pathetic than a nineteen-year-old one in their eyes)!

In a radio drama the script becomes a powerful tool, and the dialogue is the glue which holds the play together. Alison Hall’s witty and punchy writing is the foundation of the play’s success, although the delivery can sometimes seem slightly forced and the responses inorganic. The awkward silences create tension during the many confrontations but the silences in the transitions between scenes can seem abrupt and confusing, a consequence of a stage-turned-radio drama.

Fullwood perfectly captures the leading character’s embarrassment and insecurity when she lapses into a shaky, timid voice. Hazel ‘almost’ loses her V-Card with ‘Freaky Freddie’, a scene which is extremely awkward to listen to with its muffled sounds of kissing (more likely the slurping of the actors’ own hands) and Glyn Owen’s menacing tone. Such scenes are so awkward and well-executed that they didn’t need to be seen as well as heard; the actors succeeded in portraying the scenes vividly in the audience’s mind through vocal connection and intonation.

Hazel’s moments of vulnerability are relatable and inject the hilarious drama with a hint of seriousness. There is an intimacy between Robin, the voice of reason and maturity in the play, and Hazel, who pours her heart out to her. In play where everything hinges on the actors’ expressions, it is remarkable how these two actors create a scene which is beautiful in its vulnerability with their voices alone.

The drama blends realism with the supernatural and the booming voice of God is both absurd and impactful. The play is peppered with lighthearted Catholic fun but the religious connotations throughout are signals of the play’s desire to tackle more important issues. It is a realistic depiction of university life (well, pre-Covid life), but also of some of our ingrained ideals about sexuality. Dylan’s exclamation of ‘is that normal?’ when he discovers Hazel’s virginity is a laugh out loud moment infused with poignancy. The play confronts our assumptions and forces us to reflect on why anyone would question whether not having sex is ‘normal’. There is a tinge of didacticism throughout and Hall does more than provide an evening’s entertainment, sending listeners away with a lot to think about.

The cast of V-Card refused to let Ms Corona steal the show. They created an immersive play of laughter, vulnerability and truth which was excellently adapted under the circumstances. While it’s a pity we couldn’t all cringe and skirm together during those tense sexual scenes (I’m talking about you, Freaky Freddie) and share in communal spurts of laughter, V-Card delivers in an absurd, refreshing and extraordinarily awkward sort of way.