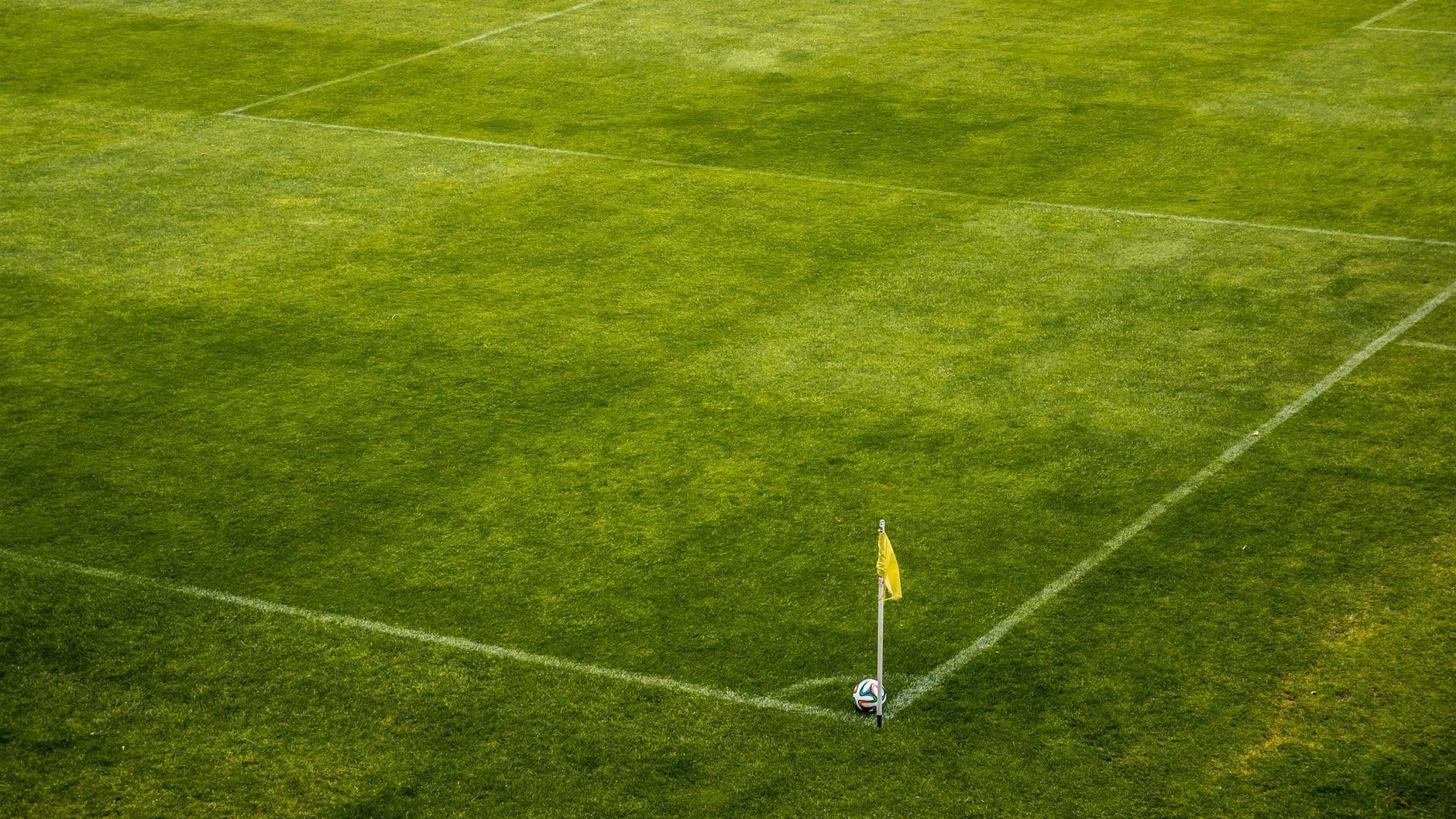 I’d like to start with the story of Carlos Raposo. Please bear with me if you’ve heard it before. Raposo, or ‘Kaiser’, as he was better known, was one of Brazil’s most famous footballers for over 20 years and perhaps the most spectacular conman in the sport’s history. Despite his standing as a footballing superstar, and his status as a close friend of actual Brazilian footballing legends Bebeto and Renato Gaúcho, he never appeared in a single competitive fixture.

Kaiser basically couldn’t play football, and built a career spanning three decades off of a completely manufactured reputation. In his own words, he “wanted to be a footballer, but did not want to play football”. The con, at its simplest, involved befriending huge numbers of journalists, scouts and players during his extravagant partying, and then asking them to vouch for him whenever he needed a transfer.

Naturally, he needed transfers often – if he’d ever actually kicked a ball, he would have been exposed as a fraud and unceremoniously kicked out of football for good. At every new club, after arriving to much fanfare, he would claim to be injured, out of match fitness, or not yet sharp enough to train with the ball. If the club pushed him too hard, he would hire a dentist to claim that a focal infection would keep him on the sidelines. When his employers invariably got fed up, Kaiser would just have his friends in the media write a new series of fictional stories about him to get him re-hired, and the partying would continue.

The lengths that the so-called “King of Rio” would go to to not play football only escalated as his renown grew. He paid youth team players to injure him and supposedly bribed a doctor that one club hired to cure him of his made up ailments. In 1986, after a move to Europe, his new club Gazélec Ajaccio arranged a training session in front of fans to celebrate his arrival. Instead of playing badly and ruining his image as one of Brazil’s most exciting exports, Kaiser spent the entire session kicking the ball into the stands and kissing the badge.

At Bangu, he was actually put on the bench. This was a disaster waiting to happen. At 2-0 down, Kaiser was sent to warm up. After 10 years, he was going to be made to play, and his life as a playboy footballer would be over. His relationships with the footballing elite of Rio would collapse, he’d lose access to the exclusive clubs he so loved, and the near constant drug-fuelled womanising would end. This could not be allowed. He started a riot. Acting upon the unseen ‘provocations’ of opposition fans, he jumped the fence, started fighting, and was shown a red card before he could come on. His contract was extended for six months and his salary doubled as a thank you for defending the club’s honour.

His entire career is shrouded in mystery. Kaiser would tell you that he spent eight years in France, becoming a club legend at Ajaccio. Wikipedia tentatively claim that he “allegedly” played there for two years. The Ajaccio chairman does not remember him ever showing up. The entire story feels like a period piece, set on the wonderful backdrop of Brazilian football culture of the 70s and 80s. Showmanship, pomp and spectacle stood above sporting talent as the keys to impressing the gatekeepers of Rio’s socialite class. It wasn’t so much about being a good footballer, it was about being a cool footballer, and Kaiser was the coolest of them all.

I can’t be alone in thinking that it’s a shame that the tale of ‘the greatest footballer to never play football’ has to be consigned to the history books – it’s just too much fun for that. And yet, it is so obviously clear that it couldn’t happen today. The internet would have hung Kaiser out to dry of course, but the issue to me seems to be more about how we as fans interact with our sports teams. We’re watching too closely. If anyone had taken the time to actually check, to hunt down his stats, to know everything about his career path, playing style and footballing philosophy, he wouldn’t have stood a chance. Kaiser was able to exist not because he was pre-internet, but because the footballing world didn’t sweat the small stuff as much.

Think about what would happen today if Kaiser signed for your club. First would come the weeks of brilliantly click-baitey news articles. Someone would put a compilation of all his greatest moments to dubstep and post it to Youtube Someone else would make a montage of all his worst moments, and use it as evidence to argue that the club should fire the scouting department. There would be dozens of Twitter threads about whether he should be deployed in a 4-4-2 or a 4-3-3. Before anyone is actually photographed holding the shirt, hundreds of thousands of small conversations happen, about every single element of the deal, each one to be rendered irrelevant the second a ball is kicked.

I was watching the end of this summer’s transfer window closely, probably too closely. I’m an Arsenal supporter, and was anxious to see if long-promised midfield reinforcements were actually going to show up. Late on deadline day, a friend sent me a link tracking a private plane that had left Madrid about an hour earlier. He argued that this Athletico Madrid’s Thomas Partey was on the plane, and that this was the final piece of evidence that we needed before we could rest easy. (The friend was wrong, the plane took a telling right-hand turn over Paris).

I’m not trying to argue that anyone should care less, or even that they should spend less time thinking about football, but I am claiming that we might be thinking about the wrong stuff. It’s great that fans get excited about new signings, tracking planes might just be unhelpful. It’s not that there’s anything wrong with caring about the details, but I do wonder if anyone’s enjoyment of football is in any way enhanced by knowing the name of your club’s goalkeeping coach.

More and more, we convince ourselves that all the stuff around the game is just as interesting and worth caring about as the actual football. We know more than ever about the exact inner-workings of our clubs and their power-dynamics. We speculate about sell-on and buy-back clauses in player contracts. We worry about the effect on the wage structure of a big new signing. We pretend to all be statisticians, business consultants, and fitness experts to show how much we care. It seems to me that following a sport, and caring about as much as we do about the detail is like to sitting way too close to the television. You can see every pixel, sure, but they’re individually meaningless, and the movie would just be prettier if you moved back a bit and enjoyed watching them link up.

I think that this problem extends beyond how we watch football, and into how the game is played. I was excited for the introduction of VAR, but understand now why there is so much disdain for every decision it makes. There is nothing pretty about a marginal offside call. Absolutely no-one is watching football to figure out whether your hair counts as a part of your body that can play a striker on-side. We spend an absurd amount of time talking about the intricacies of the hand-ball rule, and debating where arms begin and shoulders end, whether arm-pits are a part of the body, or just the gap between your arm and your shoulder. The hand-ball rule ideally, would be the simplest rule in football! Its basic purpose is to separate football from rugby. It’s there to stop people picking the ball up, or volleyball-spiking it into the goal. Anyone who plays casual football understands that, and can tell intuitively when a foul is being committed. There is a natural sense of what is and isn’t a hand-ball, that seemed to largely work until now. On the pitch, somehow, football needs to relax.

This season, I’m going to try to care about football just as much as before, but sweat the small stuff less. Hopefully, I’ll forget the name of the Arsenal CEO, and worry less about the club’s finances. I’ll try to watch games, to enjoy the sport, the pageantry and the showmanship before checking twitter to find out who is playing well. I’d like to think that if football as a whole left scouting to the scouts, and accounting to the accountants, and we all just switched off a little, another story as brilliant as Carlos Kaiser’s would come along. If there ever comes to be another fake footballer, I hope that none of us will be paying enough attention to notice him.