CherwellIndependent since 1920.
Life Food Blackstone’s investment in Oatly is a step forward, not back 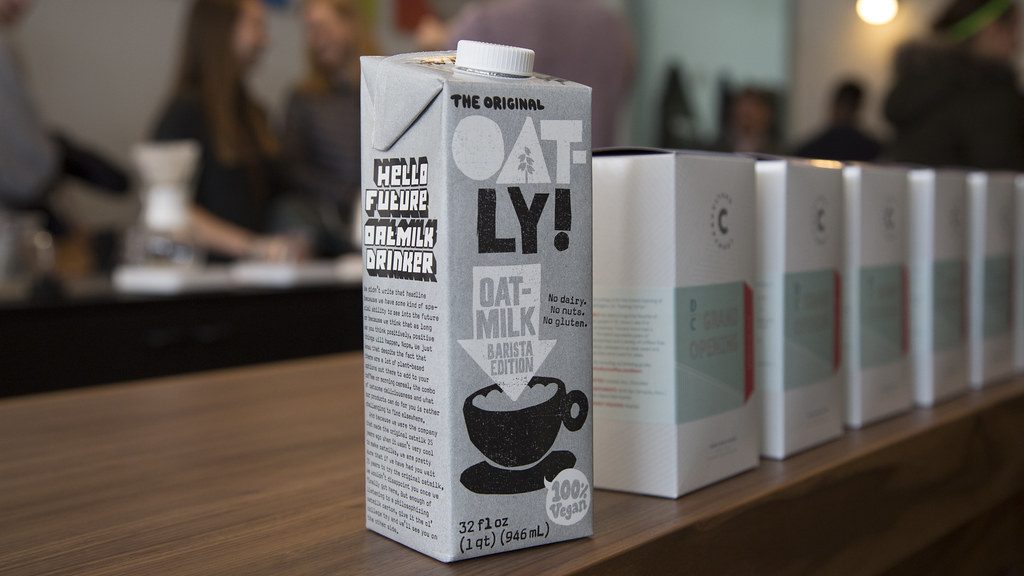 On July 14th, a group of investors led by Blackstone announced that it would be trading a 10% stake in the oat milk producer Oatly for $200m. This valued the firm, founded by food scientist Rickard Öste in 1994, at $2bn. Not only did this signal a broader shift by the establishment investing industry into the ‘ethical consumerism’ market, but it raised the ire of Twitter. In a classic ‘cancel culture’ move, many have characterised the deal as a sell-out by Oatly, prompting calls to boycott the brand. This reaction demonstrates how polarised online debate has become, and how out of touch it often is with the market economy.

Those that have called for boycotts characterise Blackstone as an unethical operator. Having made investments directly and indirectly in Hidrovias do Brasil SA, which is currently building a network to transport soybeans and grain grown in areas cleared from Amazon rainforest, the firm is seen as a profiteer which earns money through environmental destruction. Millennial perceptions of Blackstone are made no more favourable by the fact that its CEO, Stephen Schwarzman, is Trump’s largest donor for 2020. Money received from, or via, Blackstone is thus ‘dirty money’. The stake which the investment house itself now owns is equivalent to being bought out by unprincipled financiers, who will now corrupt the original corporate philosophy of Oatly.

Twitter’s portrayal of the Oatly saga is of a Marxist bent: rather than featuring the capitalists and the workers, the struggle is between the ethical and unethical. The capitalists are slave to profits, rather than a search for moral virtuosity, and thus their actions are ultimately unethical. Those who use their own pecuniary and social powers to promote sustainability, frugality, and/or ethical living, are said to be ethical.

But for the deontological moralist – and those that subscribe to this narrative often voice a deontological worldview – it is impossible to be an ethical consumer. All money in a capitalist system is ‘dirty money’. This is not because of inherent flaws in capitalism, or the appropriative nature of consumerism. Rather, it is the complexity and anonymity of a global economic system that is the issue.  Any company functioning within such a system will necessarily accept money linked to unethical behaviour.

This is fundamentally a problem of market organisation. Because companies cannot choose who buys their products, they cannot ensure that money they receive as revenue is coming from morally blameless actors. It is easiest to see this from the perspective of an individual consumer. Oatly is mostly bought by people that lead ethically dubious but completely normal lives. These average people might wake up in the morning on a pillow stuffed with animal feathers. They then reach for a phone to check their emails, which was made by mistreated workers in China. When they have a long shower, they contribute to water shortages in other areas of the country. The clothes they put on were made by Bengali children, who work in gruelling conditions from the age of twelve. They drive to work in a hybrid, which has twice the carbon footprint of a regular car because of the way it is manufactured. When they get to the office, they switch on a computer made using heavy metals mined in warzones. The plastic of the desk chair they sit in was synthesized from oil extracted and sold by ruthless dictators.

The average person endorses exploitation, unsustainable practices, and unethical behaviour through their purchasing decisions. Everyone participates in moral nastiness on some level. It only takes one deviation from an ascetic and wholly green lifestyle to become implicated in globalised networks of immorality – and most people deviate hugely from the green ideal. So many aspects of what we consider to be a normal life involve participating in these globalised networks that unethically penetrates both our private life and our livelihood, often without us realising.

Oatly products are, by and large, bought by average people. Thus, Oatly consumers are actors involved in unethical behaviour. What’s more, the revenues Oatly utilises to finance its business operations and continue expanding is given to them by these unethical, or unethically involved actors.

Blackstone may engage in unethical behaviour, but the $200m they invested in Oatly is not of a different class to the $200m in revenue Oatly earned during 2019. Whether we consider the Blackstone board and Oatly consumers to be immoral in themselves, or whether it is the actions that bring about their income that are immoral, Oatly is, and always has been, receiving ‘dirty money’. Again, this is true for every firm operating within a modern business environment. Although firms may be able to be selective on the investment side, because markets are impersonal, firms cannot choose their consumers.

Theoretically coherent moral systems are often difficult to apply to the real world. Reality is fraught with decisions in which all the available choices involve compromise. But supporting Oatly after the Blackstone announcement is not one of these. We must see the company as operating inside the capitalist-consumerist space, because this is true no matter what the beliefs of their founders or supporters are. And as a firm subject to market pressures, they need to take every chance they can get to expand and build a competitive edge. Oatly is one of the few brands in their segment that has broken into mainstream retailers. As they said in July’s press release, they initially thought that selling their product on supermarket shelves was morally problematic, given that supermarkets profit from the meat and dairy industries. However, in a Benthamite turn they concluded that the positive impact they would have by making oat milk products visible and available to the widest range of consumers outweighed the downsides. They recognised that in order to pursue their goals, they had to co-opt traditional market players.

Although it is laudable that consumers have started to hold companies to higher ethical standards, those that call for a boycott of Oatly do not see the counterfactual. The choice may not be between Oatly and another dairy substitute, but between Oatly and nothing at all – not everyone has access to the kind of retailers that would stock niche alternatives to their oat milk.

The Oatly issue is part of a broader issue of a lack of pragmatism when it comes to sustainable living. Ethical consumerism has often been called a newer and more subtle form of conspicuous consumption. In a twenty-first century manifestation of Thorstein Veblen’s nineteenth century theory, ethical consumerism is driven in part by a desire to display class. The bourgeoisie achieves this by emphasising a detachment from material concerns. The person that can afford to spend three times as much on organic produce, go out of their way to find sustainably produced clothes, or buy a brand-new electric car, exhibits heightened concern for others and for the planet, thereby showing their virtue. Although this concern may be founded upon an authentic desire to be virtuous, it inevitably takes on class dimensions when colliding with consumerism. Products which use eye-catching branding or aesthetic cues to distinguish themselves as cool, rare, or expensive contribute towards a problematic culture of conspicuous ethical consumption.

Ethically conscious living should not be synonymous with elitism. Ordinary people should have access to products made with as little damage to the environment and human life as possible. Buying Oatly is one of the ways to bring this about. A boycott only impedes the path towards a less destructive and harmful society. We should cherish brands that lean towards the ethical side, because they are rare. In a system of rent-seeking individuals, we should feel lucky to have them.