CherwellIndependent since 1920.
News World-class concert hall to be built in Oxford 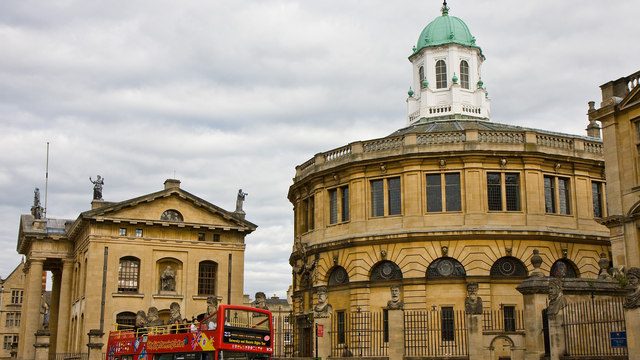 In a bid to change this, the university has chosen acoustic consultant Ian Knowles to design a world-class multi-space performance hall. It will feature a 500-seat concert hall, a 250-seat performance space, and a 100-seat ‘Black Box’ lab for experimental performance.

It is due to be unveiled by 2025 as part of the £150m Stephen A. Schwarzman Centre for the Humanities.

Dame Hilary Boulding, Trinity College President and former Principal of the Royal Welsh College of Music and Drama, is a chief adviser to the project. She cites the lack of an internationally-renowned music hall as a critical barrier to drawing in world class musicians into the city.

Dame Boulding says the concert hall will “attract the leading artists from across the world” and “transform the concert life of Oxford”.

However, the hall will not only facilitate musical performances from international stars. Music students, local groups, drama groups, dancers, recording artists, and others will have access to the space.

The aim is to not just accommodate traditional recitals, but to cultivate innovation in the field. Knowles has previously built the UK’s first Soundlab, a 3D-sound studio purpose-built to improve concert hall and building design.

The ‘Black Box’ will be the primary hub of novel performance creation. Its design incorporates acoustic devices and technology that will enhance electroacoustic and experimental music production.

This is part of an effort to create a new “hub of humanities” in Oxford, in the form of the Schwarzman Centre for the Humanities, a large development to be built in the Radcliffe Observatory Quarter which will house a library, learning spaces, and a dedicated AI research centre.

The Centre was announced in 2019 after a £150 million donation from Stephen A. Schwarzman, which sparked protests from students and staff. An open letter was signed by 130 Oxford residents and staff and students at the University expressing concern over the acceptance of this donation.

Schwarzman is a major donor to President Donald Trump. The UN has accused his investment company Blackstone of worsening the global housing crisis and an investigation by The Intercept claimed that Blackstone played a role in the deforestation of the Amazon. Blackstone denies both claims.

The Vice-Chancellor has previously defended the donation: “It’s really important to me that this gift is a real endorsement and a vote of confidence in the humanities. STEM has been getting all the attention lately – there’s nothing wrong with that, but it’s great to be reminded how critical the humanities are too.”

A spokesperson for the University said: “This gift was accepted after consideration by the University’s Committee to Review Donations, whose members include Oxford academics with expertise in relevant areas like ethics, business and law. As with any donation, academic activity in the Centre will not be influenced by the donor.”