CherwellIndependent since 1920.
Sport Football’s hyperinflation: Is it robbing us of a generation of players? 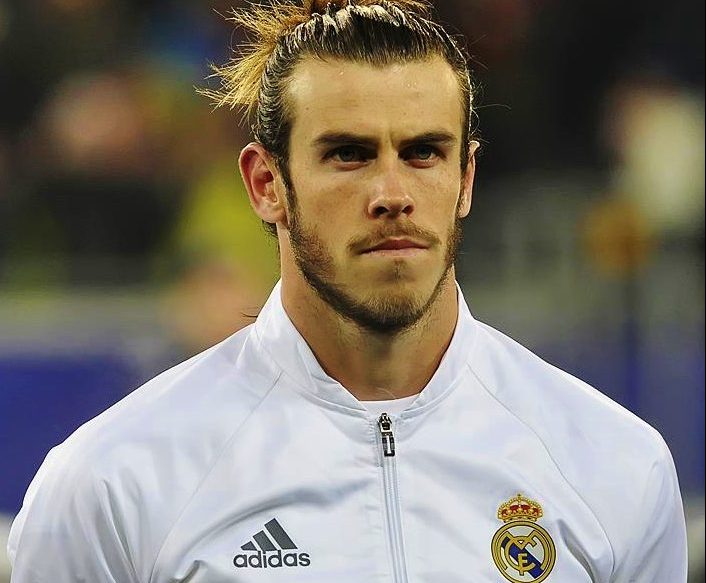 Gareth Bale makes quite a lot of money. Scratch that – Gareth Bale makes a ridiculous amount of money. His most recent contract is estimated to be costing his employers, Real Madrid, £30 million a year. Since November 2016, Bale has been reportedly been sitting on a gross salary of around £600,000 a week, and will continue to do so until June 2022.

The fact that there’s money to be made at the top levels of football isn’t surprising, and complaining about how much money Gareth Bale is earning isn’t particularly insightful. At the same time, there is an undeniable upwards trend in the values of the contracts mega-star footballers are signing, and this is starting to create a novel problem for players, clubs and fans alike. As pay packets swell, the number of clubs who can afford these superstars is shrinking. Top clubs are getting caught holding long, expensive contracts they don’t want anymore, and they’re struggling to find anyone with the cash to take on their dodgy deals.

The upshot? A set of uber-talented athletes trapped at clubs that don’t want them, while few other clubs have the money to sign them. Some of the flashiest, most talented players of their generation are wasting away on the benches, all because they’ve been put on overly-lucrative contracts that no-one wants to break.

Gareth Bale played 1,209 minutes of football last season. There will be avid college footballers who have played as much Cuppers football in the same time frame. In the 49 weeks it has taken him to rack up his 1,209 minutes, he’ll have earned around 29 million quid. This season, for every minute of football Madrid have gotten out of Bale, they’ve spent somewhere in the region of 24 grand. Gareth Bale could pay off an entire undergraduate’s degree worth of student loans with just two minutes of playing time. It’s worth noting that these figures probably aren’t exact– clubs are understandably reticent to tell us how they compensate their star players. They do however, give us a sense of which ballpark they’re working in.

There is no denying that Bale is talented. He’s a four-time Champions League winner, three-time World Club Cup winner, and has racked up 105 goals and 68 assists in 251 games since his arrival in the Spanish capital. He was a central figure in Madrid’s winning of back-to-back-to-back Champions Leagues, scoring twice in the 2018 final, the first time the trophy has ever been won three times in a row by the same club. When Bale signed on for his bumper new deal, few took issue with him being at the top of the wage bill, nor did many object to putting him on a six-year contract that would take him into the twilight of his career. This contract would serve to ‘protect the value of the asset’ and prevent clubs from poaching one of the most effective and marketable players on the planet.

The issue is that he’s now 31, seemingly on the decline, and has become even more injury-prone than he used to be; a player renowned for his electric pace who seems to tear a muscle every time he reaches his top speed. What’s more, Real Madrid have re-hired Zinedine Zidane as manager, a coach with seemingly so much contempt for Bale that the club’s inability to sell him was reportedly part of the reason he quit the job the first-time round. Bale’s time in Madrid is now more frequently marked by his disputes with his boss and touchline petulance than any eye-catching performances on the pitch. This is a problem not only for the distracting media attention the alienation of a figure as prominent as Bale brings, but also because Gareth Bale simply costs too much money not to use.

In most cases, if a player fell out of favour with their club, they would simply move on. This is where the issue lies. Top contracts have become so inflated that when a superstar falls out of favour, there is nowhere for them to go. The list of clubs who can afford to take Bale on at his current salary is very short, and the few that can afford it won’t particularly want an aging star whom their rivals have deemed to be not fit for the top tiers of European football anymore.

Bale, if he were desperate to play football, could take a hefty pay cut, but he is under no obligation to: he has signed a contract to be paid for six years, and as long as he continues to make himself available for selection, has every right to remain at the club and collect what he is due. Choosing to put football on the backburner is an option he is free to choose, and there is only so much sympathy to be had for a footballer who is given extra time off to enjoy the sight of his fortune swelling by £350,000 every week. There’s a quote from another former Galatico, Claude Makelele, who, when he was having a tough time at Chelsea, would say “I just look at my bank account and smile”. Gareth Bale has apparently chosen this option.

The inflation in the value and length of the contracts top players are being handed has made this an easier choice to make. There is a growing contingent of talented, mercurial stars who have earned contracts so long and lucrative that falling out with their club, teammates, and supporters is simply easier than playing their football elsewhere. The most prominent example of this is Mesut Özil who, since being handed a panic-driven contract the size of Bale’s by Arsenal, has seemingly fallen off the face of the Earth. Whatever happens to his sporting career now, Özil’s bank balance will grow healthier by the week, so long as he commits to sitting through every day of the three-year contract extension, and not a day less.

Alexis Sanchez, one of the most exciting and watchable players English football has seen for years, has a Manchester United contract that borders on the stuff of legend, the figure seeming to get bigger every time it is reported. On the pitch, his time there has been a disaster, and his employers have been keen to get rid of his astronomical wages. He seems to have finally found a club that suits him while on loan to Inter Milan. He is enjoying his football there, Milan want him, and his parent club do not. And yet he probably won’t be staying at the San Siro next season – the gap between what the Italians can pay him and whatever absurd contact United have handed him seems too vast.

A new route out of the dark for players like Özil, Bale and Sanchez has emerged: the contract in China or Qatar. In recent years, transfers to these massively lucrative leagues have become an out for overpaid stars who don’t want to take a pay cut when their contract starts to run out. Some big names have taken that option, notably the Brazilian duo Oscar and Hulk (who easily wins the best footballer name award). Both reportedly came close to quadrupling their salaries. The Bale to China transfer very nearly happened last summer, but never quite came to fruition.

Gareth Bale’s situation at Real Madrid isn’t sad for Gareth Bale – he’ll be fine. The tales of Mesut Özil’s and Alexis Sanchez’s embarrassingly short-sighted long-term contracts aren’t exactly tearjerkers. The swathes of other players on similarly ill-conceived deals, be it Philippe Coutinho, Henrik Mkhitaryan or even Danny Drinkwater, don’t deserve too much of our sympathy. But the big loser in all of this is the football fan. Not being able to watch the best players at the top of their game is a genuine shame, and it is undeniably frustrating to watch your club’s finances be crippled by the contracts of one or two players who everyone knows would be better off elsewhere. A generation of top footballers have, with many productive years left in the careers, worked their way into a position where their sporting performances no longer seem to matter, and the impact is so clearly visible.

I won’t be shedding any tears for Gareth Bale, but I’d dare anyone to watch his YouTube highlight reel and tell me that football isn’t a little worse off for what’s happened to him.