Kate O'Sullivan discusses the recent production and the differences it exposes between virtual and live theatre. 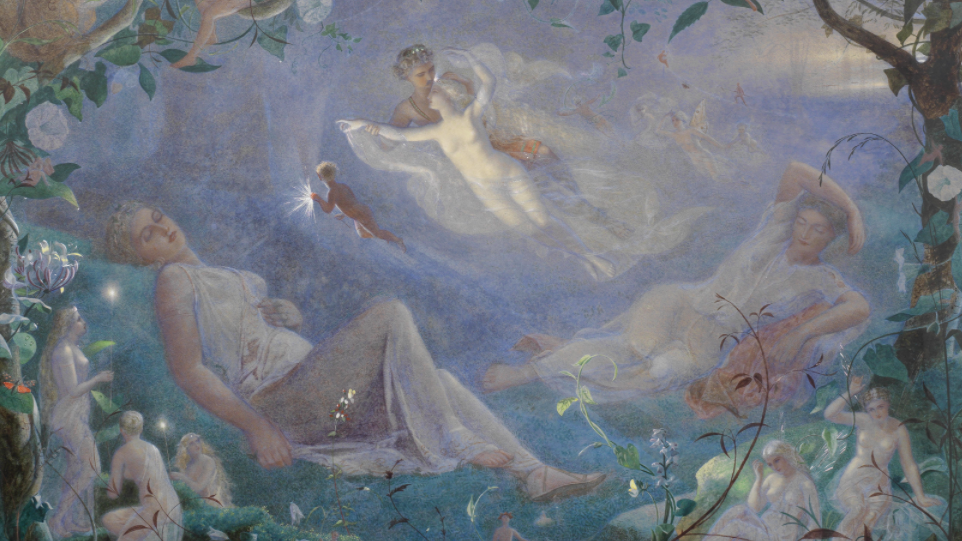 Set in the mystical woodlands surrounding Athens, with its cocktail of magic, love triangles, and donkey-human hybrids, Shakespeare’s A Midsummer Night’s Dream has always been dear to my heart as the first play I formally studied in school. Through the years I have seen several different productions, but none quite compared to the version staged at the Bridge Theatre, which I had the pleasure of going to see in person last summer. Who knew that Shakespeare was missing pole dancing and acrobatics worthy of a Cirque du Soleil show? The performance was a true spectacle for the senses, encompassing music, song, and dance, which only enhanced the actors’ fresh and extremely funny portrayals of the characters.

The show’s visuals were engaging and very fun as one felt enveloped by the action. The standing audience formed part of the play itself, forming the crowd of Athens or a procession following the love-struck Oberon. The characters playfully engaged with them, most memorable was the Mechanicals’ selfie taken from an unsuspecting audience members phone as well as Puck’s crude comments which he uttered as he waded his way through the crowd. The unconventional in-the-round type of staging saw the action constantly shifting from place to place, the next scene always taking the audience by surprise.

The opening saw restrained costume, suitably setting the tone for the King’s expectations for Hermia to marry Demetrius and neglect her true feelings for Lysander. Most striking was the fluorescently lit cage containing the new queen Hippolyta, its harsh glow only reinforcing the drabness of the opening scene. As the play progressed, the visuals transform, as if colour were a gateway to the humour and joy which the play brings. The hilarious Mechanicals of the human world sport colourful boiler suits, contrasting the greys and blacks worn by the young couples and their fellow Athenians. The fairy world saw glitter worthy of any Pride parade, which elevated the greens and earthy colours of the forest to ones worthy of more magical flora and fauna. The use of beds sprouting vines and aerial silks made from bedsheets merged the whimsical dream-like state of the play with its setting in the forest, cleverly and effectively merging the worlds of sleeping mortals with that of the fairies.

Sexuality and gender are what really bring this particular interpretation of the play into the modern era. Helena’s ‘frenemy’ relationship with Hermia as well as her fruitless antics to gain the attention of Demetrius would fit easily into any modern teen drama. The themes of love and sex are brought to the forefront in a flirty and comical way, embracing our modern concepts of love between all genders. This is most interestingly achieved by the reversal of roles between the fairy King Oberon and his queen Titania. The original script sees Titania fall in love with the metamorphosed Bottom, but it is in fact Titania who plays the prank on her husband Oberon, culminating in the hilariously cheesy sex procession of the King and Bottom on a giant bed around the staging area. The scene is perfected to the sound of Beyoncé’s ‘Love on Top’, which did not fail to bring a smile to everyone’s face as they danced along with the couple. A celebration of universal love seemed to resonate throughout the play, with the mischievous Puck playing around with the young couples’ desires for one another, transcending the boundaries of gender as Lysander and Demetrius share a kiss in a love-filled frenzy, soon to be followed by Helena and Hermia.

When I heard that the play had been uploaded to YouTube temporarily, I could not wait to jump back in to the glittering, hazy woods in which the action took place and relive the scenes which I had previously enjoyed. The play in itself was so immersive that I was curious to see how well this would translate to a screen. While the performance was just as funny as the first time that I saw it, I felt as though I was missing something. Being in the round meant that as an audience member, I could choose what to pay attention to, whereas the televised recording felt very guided and detached. This made me realise that a televised version could never do justice to a live performance, since the two require different criteria in order to engage their audience. While I longed for an entire shot of the staging area throughout the play, this would leave the footage very bland, yet, in its attempts to keep us engaged from the sofa, the artistry of the performance did not live up to how I remembered it. I count myself lucky to have seen it in the flesh, as I could fill in the gaps to an extent and recreate for myself that magic I had witnessed, but I can imagine that a first time watcher might be frustrated by the constant shift of angles.

My virtual experience of the theatre was certainly not a negative one; if anything, I think it is a great way of increasing accessibility to theatre. It was vital in making me realise just how important it is that we maintain our theatre culture and I was encouraged to see that the audience had donated thousands of pounds to show their support. Theatre is more than the delivery of the lines, and in this case especially it has the ability to transport one to a world far from the bustle and routine of daily life. This artistic and particularly humorous adaptation of the play ensured that I had a good time both in person and from my living room, but did had me longing for the theatres to open again so that I could experience the joy and wonder which a play such as this is able to bring.