CherwellIndependent since 1920.
Sport Brits abroad: is Sancho’s success the start of a new era? 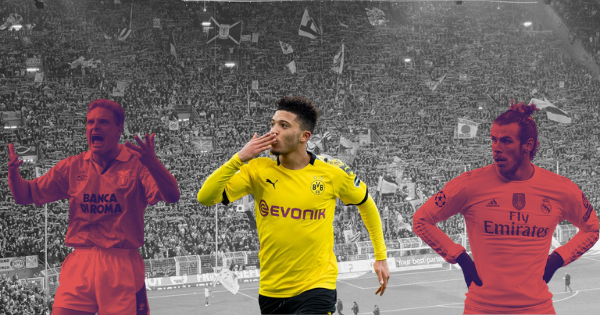 With the Premier League’s restart scheduled for the 17th June, most English clubs are only just reintroducing contact training. But not all British players have had to wait so long to return to competitive football. As the first month of the Bundesliga draws to a close, Jadon Sancho has already had more than enough time to get back into his stride with Borussia Dortmund.

On the 26th May, in the BBC’s in-depth analysis of his career so far, Sancho was identified as Lionel Messi’s potential long-term successor. Five days down the line, as if responding to the lofty comparison, Sancho scored the first hat-trick of his career in Dortmund’s 6-1 drubbing of bottom-of-the-league Paderborn. This makes him the first English player to score a hat-trick in a major European league beyond England in 31 years. Sancho will need to find 53 more where that came from if he wants to match Messi’s record, but after securing his position as the highest-scoring teenager in Bundesliga history, he has made quite the start to his career in Germany.

It has been years since a young player has generated this much hype. But perhaps the most striking thing is the fact that he’s not based in England. Here we have a 20-year-old English winger sitting in a comfortable third in the Bundesliga Top Scorers, behind only Robert Lewandowski and Timo Werner. The best English players, so we are told, should play in the ‘best’ league in the world, the Premier League. After all, of the 115 players in the last five England World Cup squads, only David Beckham in 2006 wasn’t playing domestically. Something about Sancho’s rise still doesn’t feel quite right.

Things are rarely so easy for Brits who stray away from the ‘comfort’ of the Home Nations. We need only cast our minds back to November last year, when Gareth Bale held up a sign reading ‘Wales. Golf. Madrid. In that order’ while celebrating qualification for Euro 2020 with the Welsh national team. ‘I’m playing, but I wouldn’t say I’m playing happily,’ he had remarked at the start of the season. Bale’s time in Madrid has been a tale of constant conflict with the Spanish media, and his failure to prove his mettle as a linguist hasn’t helped diffuse the situation. His compatriot Aaron Ramsey, with only 9 starts in his first season at Juventus, looks to be going down a worrying path as well.

Although Bale remains the highest-profile ‘Brit abroad’, there is a new generation of elite British players choosing to hone their skills overseas. Sancho, without a doubt, is its poster-boy. As he shatters record after record, one begins to wonder whether the spectres of past British failures are being dispelled.

An increasing number of established England internationals are finding their feet abroad. The success of Kieran Trippier at Atlético Madrid and of Chris Smalling at Roma has been particularly striking in their first years away. Trippier has produced more chances than any other La Liga defender this year, and is his team’s top tackler, while Smalling has been affectionately nicknamed ‘Smaldini’ in honour of the legendary Milan centre-back Paolo Maldini.

However, it is the success of the younger British talents overseas that is truly unprecedented. It is in the Bundesliga that their impact has been felt most strongly. All of the 8 players who have followed Jadon Sancho to Germany since he signed for Dortmund in August 2017 were under 23 upon arrival.

When we look at the numbers in a European context, the trend doesn’t seem quite so radical. As of the 4th June 2020, there are 35 British players signed on to clubs in the top ten highest-ranking European leagues in the UEFA club coefficient, excluding the Premier League. That’s barely a fifth of the 149 French players playing abroad across the same range of nations.

Though the British exodus has been piecemeal at best, for Manchester City, who lost Sancho after failing to guarantee him first-team game time, and the other top Premier League clubs, this should certainly be a wake-up call. City may have scored more goals than any other Premier League team so far this season, but none of these was scored by a product of their academy. As good as 20-year-old Mancunian Phil Foden is, he won’t be getting on the scoresheet from the bench any time soon.

Elite homegrown talents like Sancho have every right to pursue first-team football abroad, and given the unfavourable conditions in the Premier League for emerging talent, we cannot blame them if they continue to do so. And if the Premier League’s elite clubs continue to bleed talent, then they only have themselves to blame. 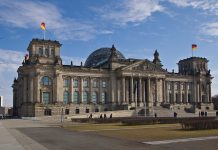