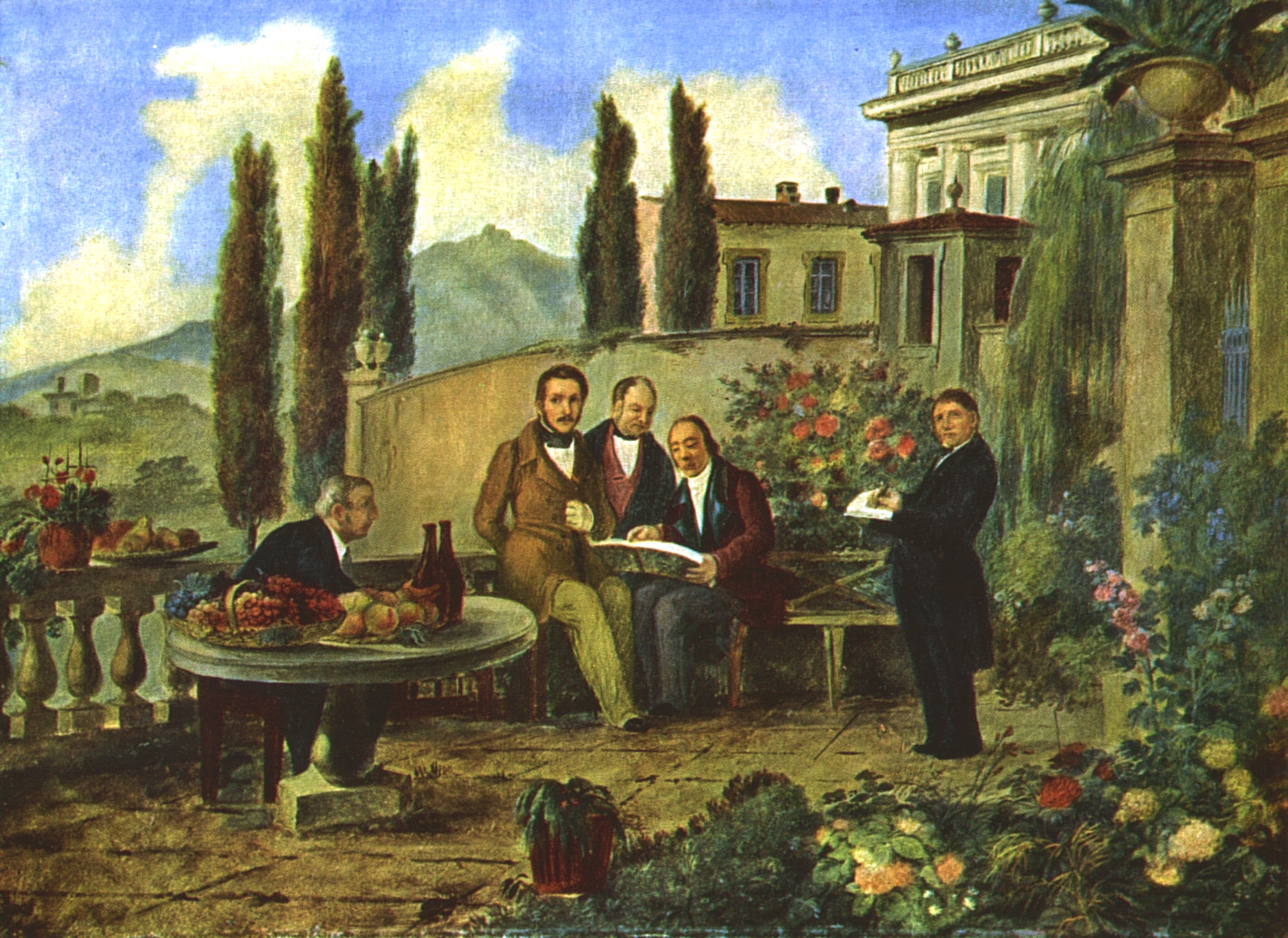 The ancient Greeks were so moved by music that in their mythological conception, the father of songs, Orpheus, could move even the rocks. In less fanciful terms, the New Scientist has informed its readers that a loss of endorphin-generation from physical intimacies can be addressed with more music and dancing in the Covid-19 lockdown. Opera may seem intimidating upon first encounter, but the demands of singing and the need to stay in tune with the flow of the music have actually meant that words are uttered at a much slower pace than in other mediums, such as theatre or movies. The music creates a more immersive environment in which to be moved and to understand, and together with the singing it represents the perfect channel for the expression and entertainment of epic historical dramas.

Amongst the gifts bequeathed by Italians to the world are an imperial empire, a traditional society dominated by the everlasting feuds between its ruling families, hearty cuisine, and sensual indulgences, to name just a few. Donizetti can take credit for another. Though his more often performed pieces nowadays may include ‘L’elisir d’amore’ with its cheesy libretto, the prolific composer successfully shifted the cultural balance away from primarily comedic operas to significant historical dramas, starting with 1830’s Anna Bolena (Anne Boleyn).

The energetic, heir-obsessed Henry VIII may have contributed more than any other to the grapevine of English chatter. Donizetti is never one to economise with his storyline, a trick later Italian composers such as Verdi studiously adopted to make their operas less hard work on the audience. The bel canto style, known for its exact control of the intensity of vocal tone, demand for vocal agility, and clear articulation of notes, enables the soprano role of Anne Boleyn to dominate the stage. Donizetti further glorifies his Tudor Queen by juxtaposing her with the low bass voices of Henry VIII. The erstwhile ambitious and successful Anne Boleyn now loses the King’s favour, whilst her lady-in-waiting, Jane Seymour, ascends. The rich texture of Boleyn’s inner world twisted by ambition and disappointment is given ethereal expression in her singing.

Anne Boleyn was by no means the only Queen to face the gallows in their period of violent upheavals. Mary, Queen of Scots, would later follow her footsteps. Donizetti made the Catholic Queen less a creature of politics, and one more of love and devotion. The juicy triangle is between Queen Elizabeth I, her long-time suitor, Robert Dudley, the Earl of Leicester, and Leicester’s former marital prospect, Mary Stuart. Donizetti embodies the continental view that saw Queen Elizabeth as an illegitimate heretic, and Mary instead a martyr. Elizabeth is turned unrestrainedly jealous, willful and easily over-wrought, whereas Mary rises in regality with her serene devotion to the true faith and as the object of Leicester’s true love. The famed librettist Felice Romani found Tudor history the perfect canvas upon which to paint his strong and powerful colours, imagining the fictionalised confrontation between the two queens. The two sopranos battle out. The outrageous text of the confrontation is heard in shocking relief, with the dialogue being one of the most original and powerful passages of Donizetti’s composition. The climactic moment is masterfully given theatrical immediacy.

Elizabeth I’s long reign could not have gone by without further romantic dalliances. The last decade of her life saw the influence of Robert Devereux, the Earl of Essex, (who, incidentally, was also Leicester’s step-son through his second marriage). Here, the Queen is in the twilight of her life, and her much younger lover increasingly prefers her lady-in-waiting, the Duchess of Essex. The finale in Donizetti’s Tudor drama takes most artistic license with its plot, but nonetheless presents a convincing dramatic narrative of its own. Infrequently performed today, it contains some of Donizetti’s best vocal writing, such as the superb duet at the end of Act 1. The preparation of the opera was overshadowed by a serious crisis in Donizetti’s life, as he endured the loss of both of his parents and the death of two babies (one stillborn), perhaps giving rise to the raw emotional fabric of the music, a powerful vehicle for the soprano. The final scene is one of the most dramatic and difficult in bel canto opera. Elizabeth is mad with grief for the lover that she has ordered executed, and ‘Quel sangue versato’ (‘That spilled blood/rises to heaven’) achieves the most extraordinary effect as it pushes romantic opera to the limits of melodic expression.

Many of the elements of Orientalism in music that so bewitched Western audiences for generations can be found in this Russian historical epic, which recounts the campaign of Rus’ prince Igor Svyatoslavich’ against the invading Cuman tribes in 1185. The opera is a powerful mixture of Russian folklore and ancient Slavic epic poems. Borodin incorporates elements of Russian folk music to distinguish his compatriots from the invading ‘heathens’, as characterised through techniques such as chromaticism and melisma. A recent Met Opera production employed 12,000 poppies to create a transporting experience into ancient Russia.

Verdi’s success has been closely tied to his potent calls to Italian nationalism. Indeed, the opera that propelled him to stardom recounts the Biblical story of the repressed Jewish people exiled by the heretical Babylonians. The opera appealed to the Italians struggling to unite so as to release themselves from the dominance of ruling Austrians. The score features the famous hymn by Hebrew slaves sung by the chorus, nowadays often heard in its English version around Christmas season.

Described by the Met Opera as “the grandest opera on the grandest stage”, Aida has enjoyed enduring success. The opera was commissioned by Isma’il Pasha, Khedive of Egypt for the Khedivial Opera House in Cairo. Set in the Old Kingdom, this opera is always an unrivalled visual feast with its stage setting and costumes. Notable instrumentation includes the use of flutes, military bands, harps and Egyptian trumpets, to name just a few standouts.

The opera that propelled the young Mozart into stardom masterfully incorporates the French style of choruses, marches, and ballets. Mozart’s virtuoso baroque composition tells the dramatic story of the Trojan War. The film of the Met Opera production featuring Pavarotti in the titular role is one of the most widely watched versions to date.