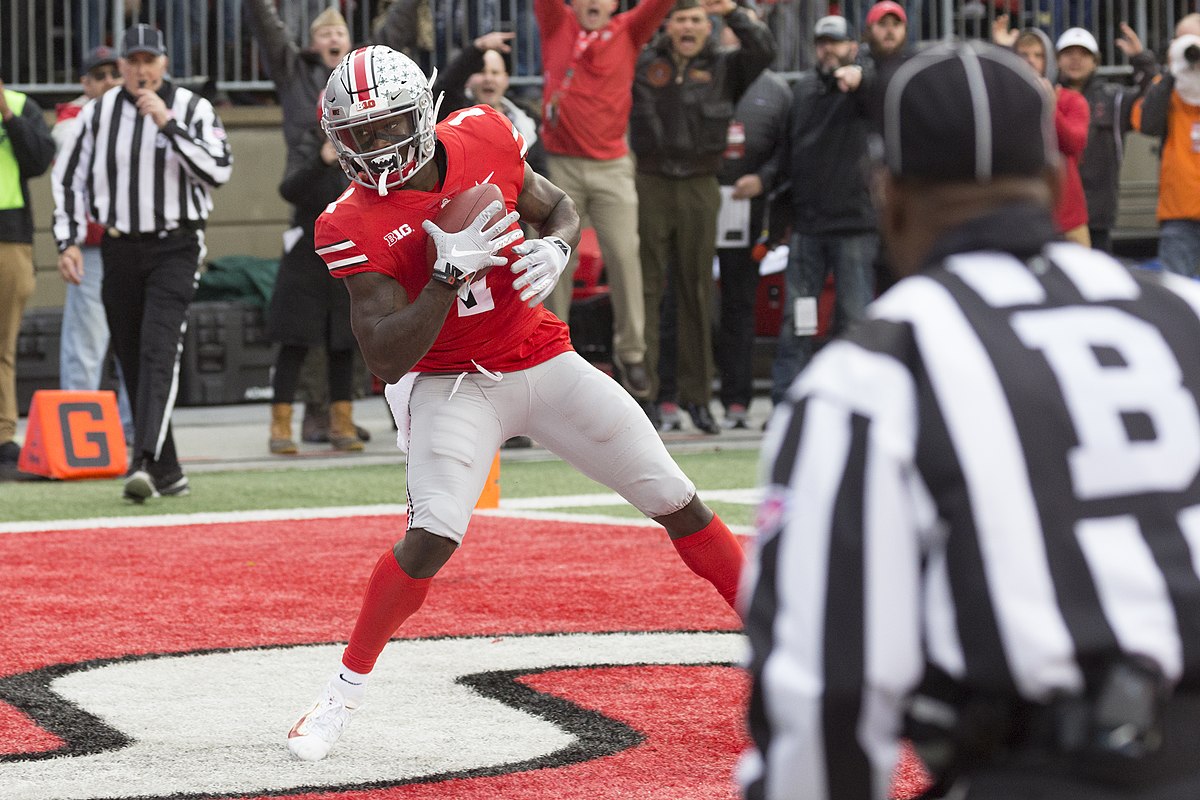 The spectacle that is the NFL Draft, due to be hosted in Las Vegas, successfully happened entirely virtually this week. A rare sporting distraction from the quarantine most of the world is enduring, the draft went off without a hitch while maintaining its high level of excitement.

Many felt the draft should not have gone ahead given the circumstances, both out of fear of diverting resources away from the front-lines, and because the lack of personal contact would undermine its appeal. However, they were proven wrong by the overwhelmingly positive reaction to the event. The balance of attention between the pandemic and the draft itself was well struck, and Microsoft Teams stood in for Las Vegas’ strip amazingly well.

While the location may well have changed, the hype was by no means diminished. With the help of fan involvement, cameras in players’ living rooms, and a view of Commissioner Roger Goodell’s home life, the excitement of the occasion remained. As pundit David Samson put it, “the NFL successfully made lemonade out of lemons”.

In terms of headline selections, the draft very much went as predicted (See the predictions Tristan Varakuta made for Cherwell here: https://cherwell.org/2020/04/04/the-2020-nfl-draft-who-should-we-be-looking-out-for/). Joe Burrow is set to become the Tiger King in the Queen City, going first overall to the Cincinnati Bengals. Burrow grew up in Ohio, the same state as Cincinnati, and was last year’s Heisman trophy winner, given to the best player in college football. His unbelievable season at LSU, culminating in a victory in the National Championship game, made him too impressive a prospect for the Bengals to pass up on.

Chase Young’s selection second overall was also unsurprising, with many seeing him as the best prospect in the draft, only being passed at Number 1 because of the relative positional value of a quarterback such as Burrow, compared to Young’s role on the edge. Jeff Okudah rounded off a top three of ex-Ohio State players, going to the Detroit Lions as a replacement for cornerback Darius Slay, who was traded to the Eagles last month.

The Dolphins’  Tua Tagovailoa fifth, and the Los Angles Chargers’ subsequent selection of Justin Herbert, also followed the path many had predicted. Both teams lack the much coveted ‘franchise quarterback’ and these two were widely ranked as the second and third best options at the position. Andrew Thomas’ selection at 4th by the New York Football Giants was less anticipated, but his pedigree and the Giants’ need to strengthen their offensive line are widely accepted.

The draft was not without surprises, however. CeeDee Lamb falling to 17 was not expected for a player rated by many as the best wide receiver in this packed draft. The Dallas Cowboys did very well to snag someone of his calibre without trading up. The biggest shock of the draft was Jordan Love going to the Green Bay Packers. The Packers have one of the best quarterbacks in the game in Aaron Rodgers, and so selecting a quarterback in the first round was a bold move, one designed to secure the team’s long-term future. However, it is a move that has worked for Green Bay before, with Rodgers himself being taken while Brett Favre was still at his peak, and the handover between the two of them allowing the team to remain a contender for an extended period.

Over recent years, the NFL draft has become a key moment in the sporting calendar, with the spectacular nature of the ceremony, the emotional displays of the draftees, and the gambles of the selections making it unmissable reality television. Recent highlights include Aaron Rodgers’ painful wait in the green room and Eli Manning’s beautifully uncomfortable posing with a Chargers jersey.

In keeping with the theatrics of the draft’s history, this year’s ceremony was due to be hosted on a floating platform in the Bellagio Fountains in Las Vegas. Players were to be ferried to the red carpet-clad stage by boat when drafted, living up to the increasing extravagance of the event.

The success of this videoconferencing extravaganza suggests there’s hope for the future of such spectacles in this pandemic-centred reality. Microsoft Teams’ stock as the basis of our future interactions was also boosted, with the platform hosting each team’s virtual ‘war room’. The NFL also made great use of the platform to host a ‘Draft-A-Thon’, raising money to help the response to the global pandemic.

Few knew whether such an ambitious event could be held entirely virtually, and this draft was not what it would have been without COVID-19. However, it is fair to say that the NFL pulled off its 2020 Player Selection Meeting amazingly well given the circumstances. 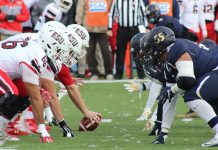 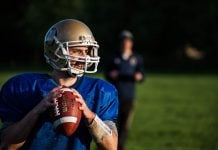 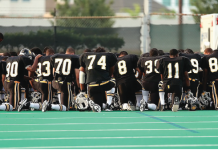 Taking a knee is the best way to take a stand 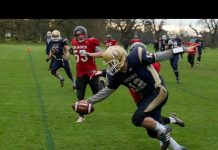 Athlete of the Week: William Szymanski