Leaders of Tomorrow? It is Time to Practice Some Humility 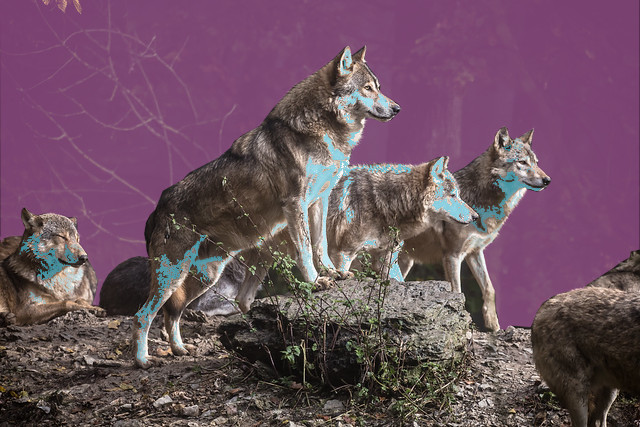 At a recent job interview, I was asked whether I considered myself a follower or a leader. Later at lunch with some other candidates, we compared our answers to the questions we had been asked. It was clear to all of us that at least for this one, there must have been a correct answer: companies never fail to emphasise leadership as a desirable quality in applicants and not a day passes by without seeing a careers service ad for some “leadership seminar”. But maybe we need to stop putting leadership on a pedestal, and start to understand the importance of those who follow.

Leadership. For a term that has experienced almost inflationary use and has become fetishised by politicians, graduate recruiters and career-hungry PPE students, there has been surprisingly little clarity regarding its meaning. It seems like even the most competitive industries have realised that bullying your competition into submission as if you were on an episode of “The Apprentice” is rarely conducive to getting any actual work done. It is difficult to forget Rory Laing’s painful appearance on the show, instructing his colleagues to take their jackets off whilst keeping his own on to remind everyone who was in charge. In the eternal words of Tywin Lannister: “Any man who must say, ‘I am the King’, is no true king”. And while this might seem like an awfully gendered expression in times of workplace equality, it is undeniable that some of the more toxic premises of masculinity, such as associating empathy with weakness or conflating dominance and qualification, have shaped such tragic figures as Rory.

What, then, characterises good leadership? It does not seem particularly helpful that the leading voices on this issue appear to be consultants, politicians, and LinkedIn Gold Status members. In search for these authorities’ qualifications, we only keep discovering more ambiguous terminology. “Visionary creators“ who list “relationship management” under their top skills – you would be forgiven for concluding that the entire culture around leadership is nothing more than a gigantic ball of hot air. But after all, there must be something that my interviewer was aiming at – some candidates whose answer he judged to be inadequate and who would go on to receive an email beginning with “We regret to inform you…”. Bernhard Schroeder, a senior Forbes contributor, counts the ability to delegate, excellent communication and a high degree of commitment to be among the qualities that make you a top leader; knowing exactly what you want to accomplish and being able to coordinate a team that can achieve it. While those are without doubt valuable skills, they do not always turn out unproblematic in practice. What should a team do with a room full of equally confident leaders that cannot wait to work on their own brilliant ideas, with the help of a team that is eager to implement them? No matter how great you believe your input is, sometimes the only thing that will lead to positive change is to admit that someone else’s idea is better. Not only that, sometimes you have to admit that someone else is much better at being in charge of a team altogether, be that thanks to their superior expertise or their personal attributes. Insisting on having your vision for a project implemented can all too often be a path to guaranteed failure.

But asking people surrounded by a culture of individualism and self-advertisement to practice humility is a difficult sell. It is estimated that eight out of ten start-ups in the UK close shop in just a few years. What this should teach us is not entrepreneurship is doomed to fail but that having great ideas is not enough. Being able to step back and acknowledge a great opportunity for having someone else take the lead is just as important as providing good leadership yourself. Perhaps we should commend “followers” more than leaders for being able to take the psychological hit of sacrificing the centre of attention for the success of a project. Want to see the catastrophic consequences of a culture that excessively glorifies leadership? Look no further than our world leaders: in times of a global pandemic, where political advice from epidemiologists and the WHO deserves maximum attention, leaders like Trump, Johnson and others have chosen to trade the lives of millions for their own sense of security in a position of authority. In Germany, on the other hand, where virologists like Christian Drosten are now regarded as a de facto source of technocratic power, politicians have understood that the greatest leaders must be able to surrender leadership when necessary.

In a place like Oxford, a cluster for so many “leaders of tomorrow”, we should start being more critical of our self-positioning in the social hierarchy of leaders and followers.  Not only do we need to understand that neither of the two binary choices can be exclusively sustainable, it is also time to celebrate our ability to pick the side of the follower . Granted, it might not look quite as impressive on your LinkedIn profile, but it might make you a better team worker.