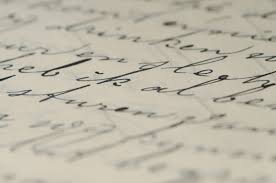 My friends often say that I write paragraphs. This may seem self-evident: newspaper articles are generally composed of several linked paragraphs, and this is no exception. But what they really mean by this statement, often imbued with a palpable undercurrent of frustration, is that I never truly sacrificed my verboseness or literary tendencies for the brevity which modern communication methods favour.

Until recently, Twitter was typified by an irritatingly constrictive 140-character limit. Multiple texts may be more likely to engender annoyance than appreciation in the receiver. Any Facebook message longer than about four lines leads recipients to expect an unwanted emotional diatribe. This desire for conciseness has even invaded political discussions: lengthy and well-reasoned comments regarding push-button topics on social media appear to be met more commonly with ridicule than the sarcastic and often meaningless replies which inevitably follow.

Often, it seems that anyone hoping to express complex or subtle ideas to friends must either condense them inelegantly or await the rare luxury of coffeehouse get-togethers. Therefore, a few years ago, I resorted to the ancient and arguably declining art of composing letters. This may appear somewhat archaic, but I truly believe that social media and instant messaging have increased the importance of handwritten communication.

Admittedly, busyness prevents me from writing regularly, and the convenience of online messaging is often useful for maintaining contact with close friends. Yet long-form communication remains very personal and satisfying. Letters are blank canvases on which grand ideas and important subtleties, not easily expressible in a simple text message, may be communicated to a specific recipient directly. They are also physical mementos: much as record collectors prize the tangible manifestation of nostalgia, letters enable recipients to hold valuable memories of the author. And letters invite thoughtful replies – not just a few words in answer to a specific and trivial point, but a wholehearted response which is likely to be deeper and more meaningful than a brief Tweet.

But receiving a letter represents more than just a chance for the addressee to understand more fully the mind of the writer: it shows that the author genuinely values the recipient. We live in an age where an unthinking communicator may type and dispatch a minimal reply instantly, and many people regard their overflowing inbox with irritation. However, well-composed letters reflect the planning and effort of the sender, who may hope to be rewarded with a similarly pleasing response. Finding a handwritten envelope among the charity bags and pizza flyers which regularly blight my letterbox is always exciting. I hope to convert others to my allegedly noble cause!

Unfortunately, recruits are few and far between. Social media is anything but a passing fad, and it is difficult to imagine a young person receiving a handwritten letter from one of their peers with anything other than surprise. Nevertheless, I still believe in the importance of communicating with close friends on a deeper level than the sharing of memes or truncated anecdotes: if a face-to-face conversation is not possible, letters are one of the few catalysts of this process.

I just hope that social media doesn’t take over entirely. I’d rather it didn’t infect newspapers like this one, leading contributors to disregard good grammar and omit definitive article in their pieces. One rueful day, we might even begin missing vowels out completely, until there’s nothing left xcpt cmplt nd ttr nnsnse. 😉