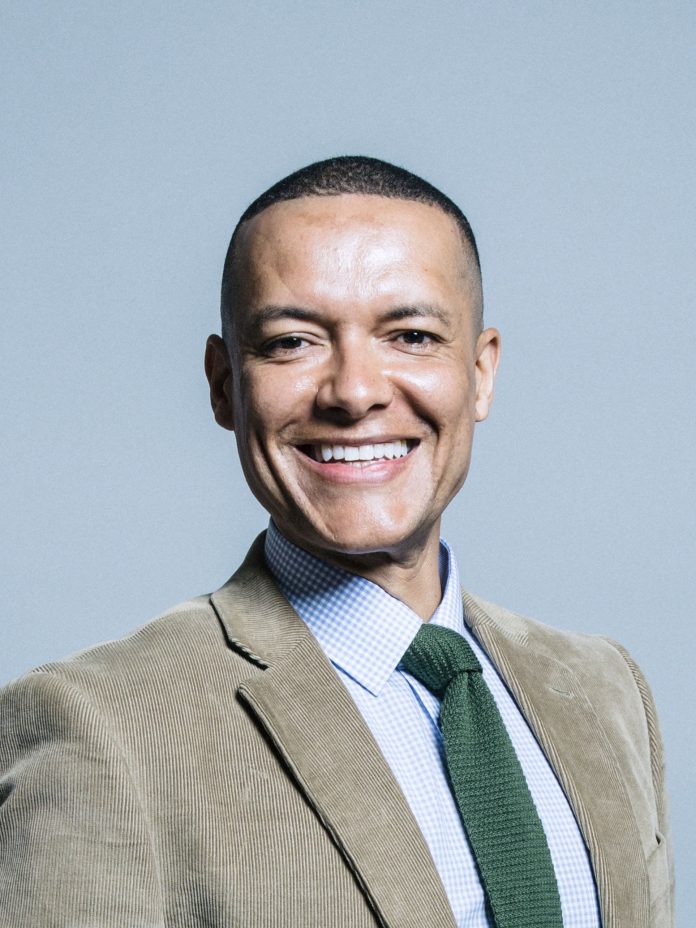 The current Labour leadership candidates surely have to answer the question of why, in December of last year, the party suffered its worst electoral defeat since 1935, if the race is to mean anything. There are elements which suggest that the race has done exactly that, albeit accidentally.

When Jeremy Corbyn called for a ‘period of reflection’ following his party’s defeat, somehow such a period never felt likely. This leadership race is one which offers no time or space for any cerebral thinking. It instead represents a titanic struggle between Labour’s warring factions, a struggle for the levers of power over the party machinery. It should hardly come as a surprise to those who have followed Labour’s struggles over the past decade to hear supporters of the race’s two frontrunners, Keir Starmer and Rebecca Long-Bailey are threatening to leave the party if their chosen candidate loses. Yet when I talk to Clive Lewis, whose brief candidacy for the leadership ended in mid-January, he tells me he believes these bitter internal conflicts to be a crucial element within any explanation of Labour’s heavy loss.

“We’re a broad church but very often it feels like our party can turn in on itself and that when one faction takes over, it becomes a winner takes all situation,” he tells me. Which pew does Lewis occupy in this church then I ask, and he replies, “I don’t deliberately set out to position myself outside any wing or faction of the party,” but, “sometimes though if you’re intellectually curious, if you’re prepared to speak your mind about things you believe to be right or things that you think are wrong, then sometimes that is not going to gain you lots of friends and allies, and you make yourself slightly isolated.” At this point, I think of deploying the old Lynn Barber interview trick and telling him I fear this answer may result in him coming off a little smug – in the hope of eliciting a reaction – but ultimately I decide against it. Besides, when Lewis calls me an hour later than scheduled (to be fair to him, our interview is scheduled on the day of Johnson’s cabinet reshuffle), I’m halfway through a panini, meaning I stammer my opening question – “what do you think is the biggest reason behind Labour’s defeat” – as I pace it back to my room in order to record his answer. “One reason?” he asks blankly, my heavy breathing filling the silence with all the grace of a loud ringtone at a funeral. This less than ideal start to proceedings leaves me feeling I have to ingratiate myself with the MP quickly, before I lose his interest altogether, so I hold fire.

Luckily, I have a trump card ready. I grew up in Lewis’ Norwich South constituency and, weirdly, was actually there at the hustings in 2011 when he was first selected as a parliamentary candidate, having been taken there by a particularly political family friend. Strictly speaking, I’ve been following his career since the age of 12. I worry this makes me sound like something of a superfan, but I decide to tell the story anyway, hoping he’ll find it charming. “That was a long time ago,” he says flatly. Oh well!

Despite his reputation as a Corbynite (he undertook three different frontbench positions under Corbyn during his five years as MP for Norwich South), it becomes clear over the course of the interview that Lewis is oddly difficult to place on the almighty ideological spectrum which exists within the Parliamentary Labour Party. There are moments where he faithfully treads the Corbyn line, insisting that he still believes in the values which underpinned the ‘Corbyn project,’ arguing, “it wanted a break with what you might call neoliberal economic dogma, it wanted to stand up against austerity and put forward an alternative, increasing public spending, it wanted to get away from a post-war imperialist foreign policy.” Yet in other moments, his outlook comes across as positively Blairite, such as when he insists that the electorate has “moved on beyond mass trade union membership [and] jobs for life.” People, he stresses, are “far more dissipated in their political tribalism and how they interact and respond with politics in this day and age”, something which he thinks Labour is “yet to grasp”. Though he insists it is not intentional, this versatility has had its admirers. Those who supported his leadership campaign held up Lewis as a figure who could unite the Corbyn left and the more moderate ‘social democrat’ wing of the party. As he tells me himself, he has always seen himself as an “independent thinker”, something which meant he occasionally came into conflict with the Corbyn administration.

In 2017, Lewis as shadow business secretary resigned from the shadow cabinet after voting against legislation which authorised Theresa May’s government to trigger Article 50, rebelling against Corbyn’s three-line whip in the process. This was not, however, the only time in which Lewis found himself at odds with the leadership. At the party conference in 2016, it was reported that Corbyn’s Director of Communications, Seamus Milne, made a last-minute alteration to Lewis’ speech. Lewis, who had been due to say that he “would not seek to change” Labour’s policy of Trident renewal, was told by post-it note just moments before speaking that he was instead to make it clear that, “our party has a policy for Trident renewal”. Supposedly, Lewis punched a wall in anger as soon as he came off stage. When I ask about the nature of his relationship with the Corbyn inner circle, Lewis is careful to avoid going into detail, revealing, “I had my experiences with them, some positive, some of them negative, but I couldn’t tell you whether they would have been worse under consecutive different leaders.” If you were being cynical, you might describe this as a vintage politician’s answer. “What I do know”, he says, “is that there was a perception that there was a problem… Now whether that was true or not, that perception was there, and that perception was damaging in itself.” Again, which pew Clive?

Looking for answers, I ask about his leadership campaign, in which Lewis pushed for, amongst other things, increased democratisation of the Labour Party, significant reform to the electoral system, and a referendum on the monarchy. These are certainly policies which members not yet ready to say goodbye to ‘Project Corbyn’ might have been able to stomach, but Lewis struggled to garner the 22 nominations from Labour MPs necessary and withdrew from the race shortly before the nomination deadline. I ask him if he regrets throwing his hat in the ring, but he insists he considers the experience worthwhile; “Someone said to me, you don’t lose, you learn, and I certainly learnt a lot.” As he speaks, I can’t help but picture a football manager insisting that ‘lessons have been learnt’ after an 8-0 defeat, but Lewis is clear he believes that his contribution was a significant one. “I think people run not for the glory of leadership, they do it because they think they have something to offer which can actually make people’s lives better and their party win, and I believe that I had something as well, and I tried to say that in the week and a half that I had.”

There are some members of the House of Commons who might arch an honourable eyebrow at these professions of humility. While ‘glory’ may not be the primary reason many candidates decide to run for the leadership of a political party, there is undeniably a degree of ego involved. In fact, some might argue that it is an essential ingredient of any successful leader, yet Lewis has at times been seen as someone who is a little too eager for the spotlight, a perception which his unlikely leadership campaign will hardly have dispelled. After his shadow cabinet resignation in 2017, in which there was heavy media focus on his decision, one Tory MP wondered whether Lewis had even only put a suit on especially. Are these accusations fair or is Lewis in fact perfectly content with the life of a backbench MP? “As regards to not finding yourself on the front bench, or in a job you want to do, then you inevitably are on the backbenches, but you know, I think the backbenches are desperately underrated… I don’t think being on the backbenches is something that anyone should scorn,” he says, not totally convincingly.

Figures in the Labour Party like David Lammy have become known for their powerful backbench speeches, which often go viral on social media, but it’s hard to see Lewis comfortably occupying a similar role. Anyway, given the size of the Conservative majority (80 seats), Lewis thinks parliament may have a smaller role to play in terms of effective opposition to this government: “I think so much of what’s going to happen now is going to be outside of Parliament, in terms of activity, in terms of campaigns, in terms of movements, it’s very difficult as an opposition when the Tories have an 80 seat majority to be able to hold them to account.”

Lewis uses the terms ‘movement’ and ‘party’ interchangeably throughout the interview. This equivocation of the two is something which has had its share of critics – writing after the election defeat, Guardian columnist Jonathan Freedland argued that this confusion represented a fatal flaw in Labour’s strategy: “[a political party is] not a pressure group that exists to open the Overton window a little wider. Its purpose is to win and exercise power in the here and now. It is either a plausible vehicle for government or it is nothing.” Lewis has a very different attitude to these issues of power and government. Towards the end of the interview, he tells me that “out of the last 21 elections, we’ve won 8 of them, but arguably the only one where we were both in power and in government was in 1945, when we actually changed the framework of the economy in a fundamental way.” Would he not include Blair’s first landslide victory? “1997 was not a 1945 moment, it was not where we fundamentally rewrote the rules of the British economy and society. Why do you think Murdoch was happy with Blair for so many years? We didn’t take on that neoliberal global economic order.”

As the interview wraps up, we go through the customary routine of awkwardly thanking each other, but then he adds, “I hope you can turn that into something which doesn’t get me shot.” It’s an odd thing to say and I’m not sure quite how to respond, so I just shout, “Of course not!” a little too loudly. I don’t quite understand who he thinks would be doing the shooting, but I decide not to ask further. Besides, my panini is getting cold.