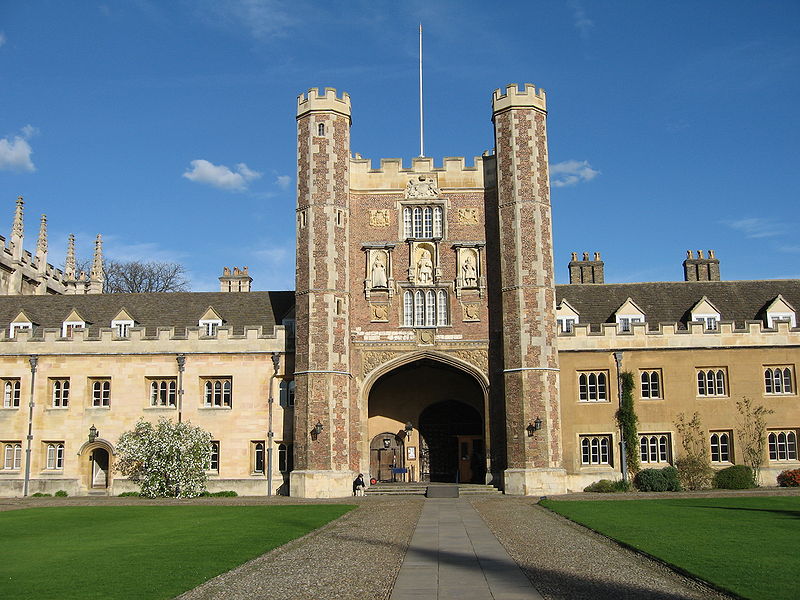 The activists were digging up the lawn in protest against the college’s plans to sell off land they own in Suffolk to an individual who was intending to use it to develop a lorry park.

Cambridge XR tweeted: “Trinity College owns Innocence Farm in Suffolk and is attempting to sell the land to the Port of Felixstowe so they can develop a lorry park for 3,000 vehicles. “We must call time on those profiting from the destruction of nature.”

A spokesperson for the college has said: “Trinity College regrets the criminal damage done to its property beside Great Gate. “The College respects the right to freedom of speech and nonviolent protest but draws the line at criminal damage and asked the protestors to leave. Academics at Trinity are actively engaged in research to understand and develop solutions to climate change.”

Police have been criticised for their failure to intervene in the protest. No arrests took place on the day the damage took place, though the Cambridge police have since reported that “a crime has been recorded for criminal damage”.

Three people have been arrested since the protest, including 19 year old Caitlin Fay and 26 year old Gabriella Ditton. The Extinction Rebellion activists also blocked Trumpington Road in the city on Sunday in a campaign “to force local institutions to take action on the climate emergency”.

Images of the destroyed lawn have been circulating across social media, sparking outrage from a number of individuals.

Allison Pearson, columnist for The Telegraph, tweeted: “A Cambridge councillor points out that if lads from the Arbury estate blocked roads or dug up lawn they’d be banged in the slammer. “Middle-class dons’ children arrested? Heaven forbid!”

Others, however, have expressed support for the rebels’ actions. Eco columnist for The Independent, Donnachadh McCarthy took to Twitter to say: “Hey @xr_cambridge digging up a tiny patch of ecologically dead lawn made your exposure of climate criminality by Trinity College the number TWO item on bbc website last night! Howls of outrage are of public being shaken out of lethal complacency. It is part of the process. Awesome.”

The scheme to develop a lorry park on the college’s Suffolk land has been rejected.