Crewdates are a common theme across Oxford student culture, but should they really be celebrated? Trudy Ross compares the good and the bad of this tradition. 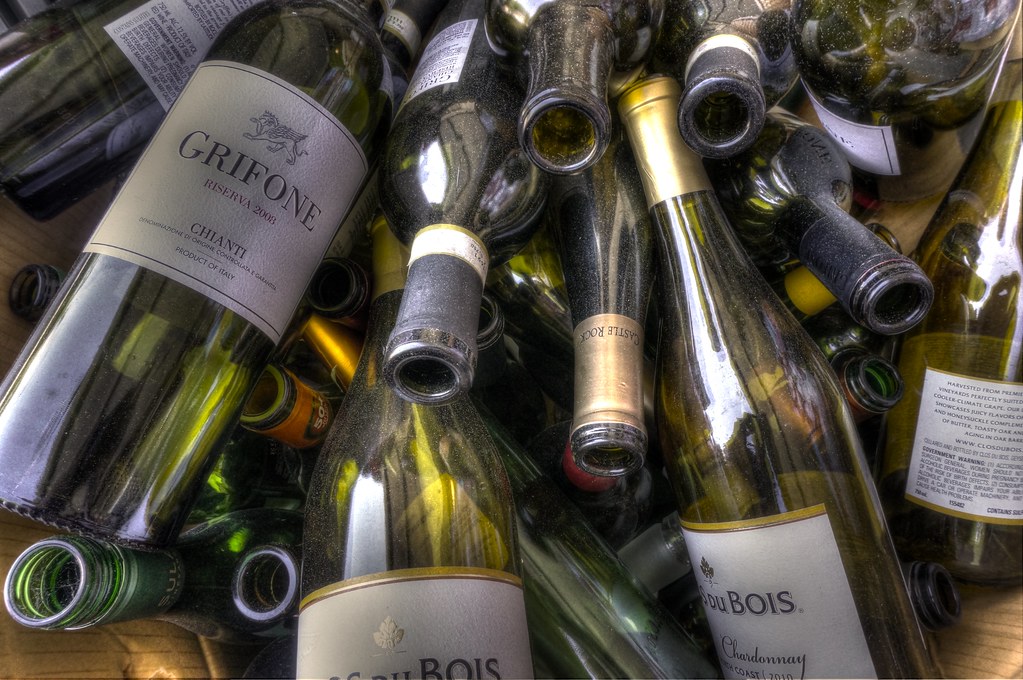 When trying to explain the term ‘crewdate’ to my family and friends outside Oxford, I often struggle to find words which won’t bring to mind a riot-club-esque scene of rowdy and inconsiderate rich kids. Paying £15 to sit in a restaurant with a bottle of wine from Tesco (which you bought yourself), getting off your face as your friends chuck pennies at you and reveal your most embarrassing anecdotes, often showing a complete lack of respect for the waiting staff, might seem like something only students with too much money and too little sense of personal responsibility would spend their time doing. And maybe that’s true.

I can’t say I’m exactly proud to admit that I’ve been on a fair few crewdates in my short time at Oxford. But then again, from what I’ve experienced of them so far, I’m inclined to say they’re not all bad. Obviously it depends on whether a big group of people, a whole lot of alcohol and an even bigger lot of shouting is really your scene – and while a lot of uni students love that, I know to some people it sounds like hell. Even more important, however, is the way people choose to behave on crewdates. Everybody has the option to treat staff with respect, to refrain from making offensive comments, and to keep quiet about their friends’ personal issues when the sconces ensue. A dinner with a big group of people and some alcohol definitely doesn’t need to be a bad thing. There are upsides, despite the obvious downsides, and in this piece I’m going to look at whether the pros of crewdates can really be said to outweigh the cons, and vice versa.

Sometimes it can be easy to get caught up in the insular nature of college life, and societies provide us with great opportunities to mix with people from all across the university. Even if it’s just a date between two different sports teams or societies from your college, you’re likely to end up chatting to people you might not usually speak to. I’d say this is definitely the number one pro when it comes to crewdates.

Though sconcing is usually dismissed as ‘a bit of banter’, there’s usually about one or two sconces per crewdate that cross the line between friendly joking and downright bullying. This glorified version of ‘Never Have I Ever’ aims to target particular individuals; this is all well and good for those who aren’t bothered about their antics on some night out being shared for some laughs. And I’m sure quite a lot of the people who attend crewdates are okay with this – but having personal details of your sex life or relationships shared with the room is a very different matter. The more drunk people become, the harder they find it to decipher what is acceptable and what is not, and indeed this can also often end in some version of sexism or homophobia being included in sconces. Female students are sometimes slut-shamed, while boys can be bigged up by their mates for getting with X amount of girls in the room.

Pro: Games helping you get to know each other

Despite the questionable route sconcing or ABCing sometimes takes, it also has to be acknowledged that a lot of the time these games can be a fun way of getting to know people. Sconces can cause funny stories to arise and be shared round the table, and if A, the person delegated to choose what B does to C, is well meaning enough, this game too can give way to some laughs. The worst I’ve been made to do is change clothes with someone else, and personally I didn’t see this as anything more than some harmless fun. But much more importantly, I know that if I had said I was uncomfortable, the group I was with wouldn’t have pushed it any further or made me feel embarrassed.

While I think very, very few people would go to a crewdate with the intention of intimidating other students, particularly those from younger years, this inevitably does tend to happen. Sconcing does involve a lot of exclusive inside jokes, leaving a lot of students in the dark, and freshers keen to be accepted might feel pressured to do something they aren’t comfortable with. It’s easy for me to say that I wouldn’t have felt pressured if I’d just told people how I was feeling, but some people would be afraid to do even that, worried about how it might make people think about them. And worse, some individuals probably would ridicule or pressure those students who weren’t happy to go along with the rules of their games.

Um, so, this pro looks pretty trivial compared to some of the cons I’ve pointed out and that’s because, well, it is. Still, the difficulty of finding a venue big enough for a large group of people to pre in should not be underestimated; I know in my college fair-sized pres are often broken up by the dean and threats of fines.

Con: Disrespect for the restaurant and its staff

I honestly think it shows the absolute worst of Oxford when students are dismissive of waiters or show zero awareness of the fact that there are people who will have to clean up after them. This is NOT an essential part of any crewdate; even when you’re drunk, it’s not difficult to be polite to restaurant staff, or even to try to minimise the mess you create on your table. Yes, there will probably be a few pennies here and there, but you can try to pick most of these up for next time, and there’s no reason why you can’t eat your curry and drink your wine like any other civilised person.

Overall, I’m not one to advocate banning crewdates, but I would say it’s important for those who attend them to make an effort to dial down (or, actually, get rid of altogether) the cons I’ve mentioned. At the end of the day, crewdates can be a lot of fun, and people on them should be capable of creating an inclusive atmosphere. When dodgy things do occur, this is usually reflective of the wider uni drinking culture as a whole, rather than crewdates themselves. The ones I’ve been to have been pretty unproblematic, and it’s from other people that I’ve heard the majority of the stories of misogyny or carelessness. My view is that the bigger issue at hand is the kind of uni-night-out culture that leads to rude, entitled behaviour, and of course, this is no small issue.

I am going to be attending the last Cherwell crewdate of term this week, but I know that I’ll be conscious of my behaviour and its effect on other people. I also know that my fellow student journalists are a lovely lot who will make a big effort to avoid upsetting or disrespecting anyone. Hopefully then, we can avoid any kind of association with the riot club, and make it the kind of crewdate we want to see more of.